Attendees at this year’s DSEI will be able to experience BFBS’s unique MiPlayer technology at stand N3-670.

MiPlayer is a platform used by the UK military to provide access to television, radio, news and other media in remote locations. It can do this in areas with poor or no internet.

The MiPlayer platform has been used by the UK Armed Forces and UK Border Force, providing both training resources and welfare media to deployed personnel in remote locations.

It has received glowing reviews from first-hand users serving in the UK military for its ease of use. The welfare and have been enhanced where MiPlayer is deployed whether at land or sea.

“Good service which is free to use and helps fight boredom”.

“Very good service, adds a tremendous amount of value in downtime on operations”.

“Easy to use and great connection”.

“Very good service that improves the day to day life of being deployed.  Allows an individual to watch what they like in their own time and place which improves the lifestyle 100%”.

Content is available in ‘catch-up’ format for convenience and choice, and live television can also be streamed through MiPlayer’s ability to connect to a TVRO satellite dish.

MiPlayer is currently in use on over half of the UK Royal Navy and Royal Fleet Auxillary, as well as in operational and permanent military locations such as Estonia, Poland, Bahrain, the Falkland Islands, Afghanistan, Iraq, Somalia and South Sudan.

MiPlayer was introduced to the Permanent Joint Headquarters (PJHQ) at a Capability Day at Chalfont Grove, where its benefit was immediately noted by those in attendance. BFBS were invited to provide a presentation at Northwood where the audience included Lt Col Philip Gill – following this presentation, funding was secured and he has led the project through to its current point.

Lt Col Philip Gill said, “MiPlayer is an exceptional development which provides demonstrable benefits to Service personnel while deployed. The boost that this excellent capability gives to the Entertain function of the Deployed Welfare Package and the improvement to morale is highly evident in the feedback that the platform has received from users deployed across the globe. BFBS have been an important partner and I look forward to seeing it continue to provide reliable and much-appreciated innovative media capability to the Armed Forces in the future.” As well as exhibiting the MiPlayer technology, BFBS will host a panel session at DSEI 2019 in the Global Theatre on Tuesday 10th at 14:30, discussing the importance of service personnel staying connected. This will include discussion on the current policies around media and mobile phone access during deployments and how they can best reflect the increasing importance among younger generations of staying connected. The panel will provide an overview of technological capabilities currently available to provide connectivity to those on deployment, and offer suggestions on areas which could be enhanced in the future. 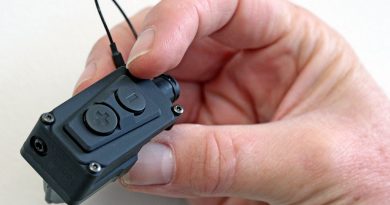 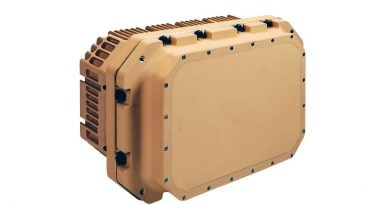