For Embraer, this partnership is another opportunity to increase the production capacity of these two units, since besides supplying components for the company’s commercial, executive aviation and defense areas, there is the expectation of an increase in the production of components for other global aeronautical manufacturers. This implies more jobs in this inland region of Portugal, as well as a potential increase in exports. Thus, the factories in Évora also contribute to the increase of the aeronautical production capacity of Alentejo region and guarantee its position as a reference in the Aeronautical Cluster of Portugal.

The agreement is also in line with Aernnova’s growth strategy, which further reinforces the company’s status as a global leader in the design and production of aerostructures, and it aims to increase the production capacity of the centers of excellence in Évora, whose operation is of strategic importance for Embraer’s current and future products.

With 500 employees, the Évora units produce, among other things, components for wings and vertical and horizontal stabilizers for Embraer’s aircraft programs such as the Praetor 500 and Praetor 600 executive jets, the two generations of the E-Jets family of commercial jets and the multi-mission aircraft KC-390 Millennium. The industrial units in Portugal will constitute Aernnova’s largest production centers in the world.

This agreement strengthens the Aernnova’s position as a tier 1 supplier for single aisle aircraft and improves its presence in the executive and defense aerospace markets. Évora facilities activity will add around US$170 million to Aernnova’s revenues figure. The capacity of these industrial units will also allow new contracts to be signed, either with Embraer or with other manufacturers.

Embraer maintains its strategic commitment to Portugal, the country where the company invests the most in industrial capacity, outside of Brazil. An example of this is the recently announced investment of 74 million euros in OGMA to bring to Portugal the maintenance of Pratt & Whitney’s GTF engines, used by the new generation of commercial aircraft. This agreement will create 300 jobs and could triple the annual turnover to 600 million euros.

But it is not only in industrial units that Embraer has focused its new investments in Portugal. In March, a technological development cooperation project was launched with the signing of a Memorandum of Understanding with idD Portugal Defence and ETI. This new partnership aims to develop Defense and dual-use products in areas related to training and simulation technologies, more specifically with Virtual Reality, Augmented Reality, Mixed Reality and Data Analytics. 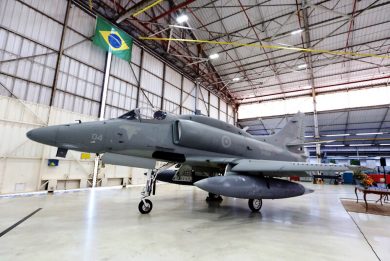 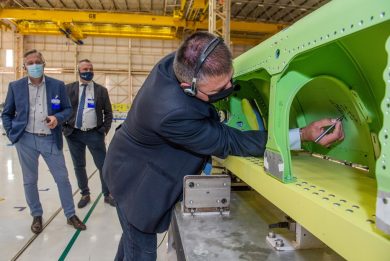 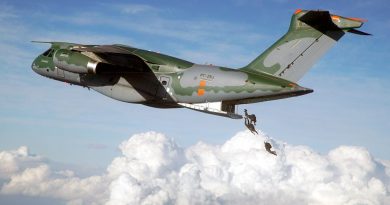