Trieste, November 24, 2020 – Today, Fincantieri has signed a letter of intent (LoI) with the Ministry of Economic Development and Labour of the Yucatán State (Mexico) to participate in the design and construction of a new  ship repair, conversions and maintenance yard. The facility will be located within the expansion and modernization of the Port of Progreso, the main port of the State, approx. 35 kilometers from the capital Merida. Here, a new area will be entirely dedicated to industrial activities. Fincantieri will be granted a 40-year concession for the exclusive management of the new yard.

The agreement was signed remotely by the Minister of Economic Development and Labour of Yucatán, Ernesto Herrero Novelo, and by the Director of the Fincantieri Services Division, Giorgio Rizzo, respectively in the presence of the Governor of Yucatán, Mauricio Vila Dosal and the General Manager of Fincantieri, Fabio Gallia.

The project envisages two masonry dry docks, the largest in the Americas,able to harbor ships up to 400 meters in length, particularly cruise ships, large cargos and Oil & Gas vessels, which need complex operations. The yard will also have a lifting platform for units up to 150 meters in length, about 1,000 meters docks, cranes, workshops, special equipment, offices, and warehouses.

Initially, the creation of the yard will be carried out by the Government of the State of Yucatán, and it will start by the first half of 2021, and end, after various steps, by 2027. Indeed, the Government will directly manage initial works through a special purpose company, that will handle the dredging, and the construction of the infrastructures and main plants. Fincantieri is to provide advice from the very beginning, to carry out the later stage, also involving other partners, building the advanced facilities, notably workshops and lifting equipment, and installing the equipment and finally starting activities. These will also include the necessary training of the staff, preemptively carried out both locally and in Italy at higher education institutes and at Fincantieri Academy.

Once the shipyard reaches full operational capacity, it will be able to support an estimated 700 full-time resources, and supply a downstream network involving up to 2,500 workers during peak times.

Mexico exports close to 400 billion dollars of goods every year, importing around 350 billion dollars. A considerable volume of this import/export is made through shipments by sea. Not to mention, the significant cruise traffic along the coasts of the United States, in the Caribbean and in the Gulf of Mexico, where there are the renowned settlements of the Maya civilization.

The new Progreso shipyard will be strategically placed to serve the merchant operators of this area, benefiting from the near Yucatán navigation channel, a natural outlet to the Atlantic Ocean. The Gulf is also a region with a strong concentration of Oil & Gas related operations, with offshore exploration, production and storage of oil and natural gas. 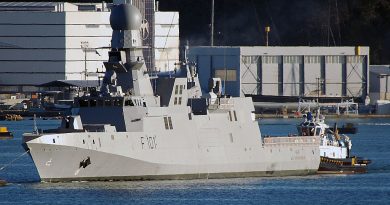 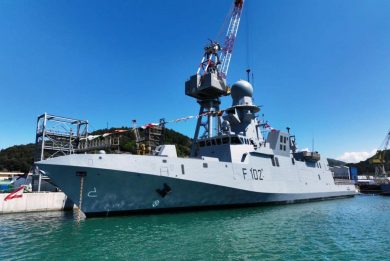