A first to a major international trade show, not to Europe, the presence of the Kawasaki P-1 maritime patrol aircraft marked also the first ever presence of a Japanese aircraft to Le Bourget. Domestically developed to success the P-3 Orion in the Japanese Maritime Self-Defence Forces, the 80 tonne MTOW aircraft remained in Paris for three days, and was visited by numerous delegations. With a 35.4 meters wingspan, it is powered by four F7-10 turbofan engines produced by IHI and providing 5.400 kg thrust each and carries a crew of 11. Fitted with a Toshiba HPS-106 AESA radar and a CAE magnetic anomaly detector, it also carries sonobuoys and its large weapons bay can host torpedoes, mines, depths charges and air-to-surface missiles. Eleven aircraft are already in service in the JMSDF, Tokyo looking at export now that rules on defence equipment sales have been relaxed. 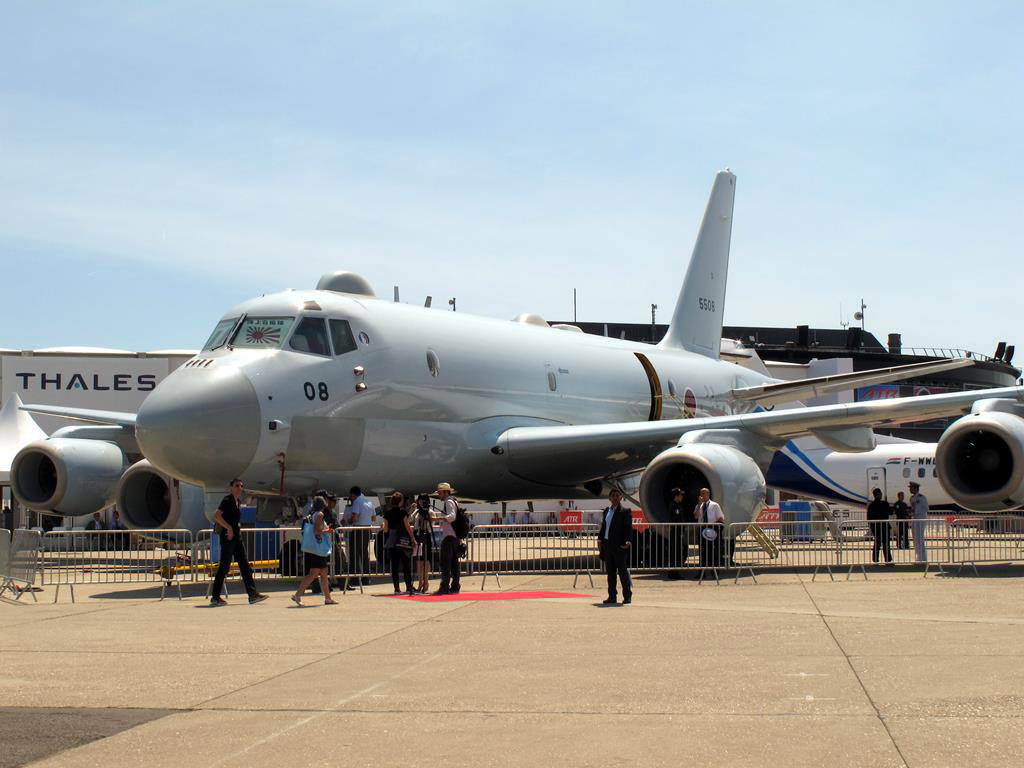 The Kawasaki P1 maritime patrol aircraft belonging to the Japanese Maritime Self-Defence Forces
has been one of the stars of the Paris exhibition. (photo P. Valpolini) 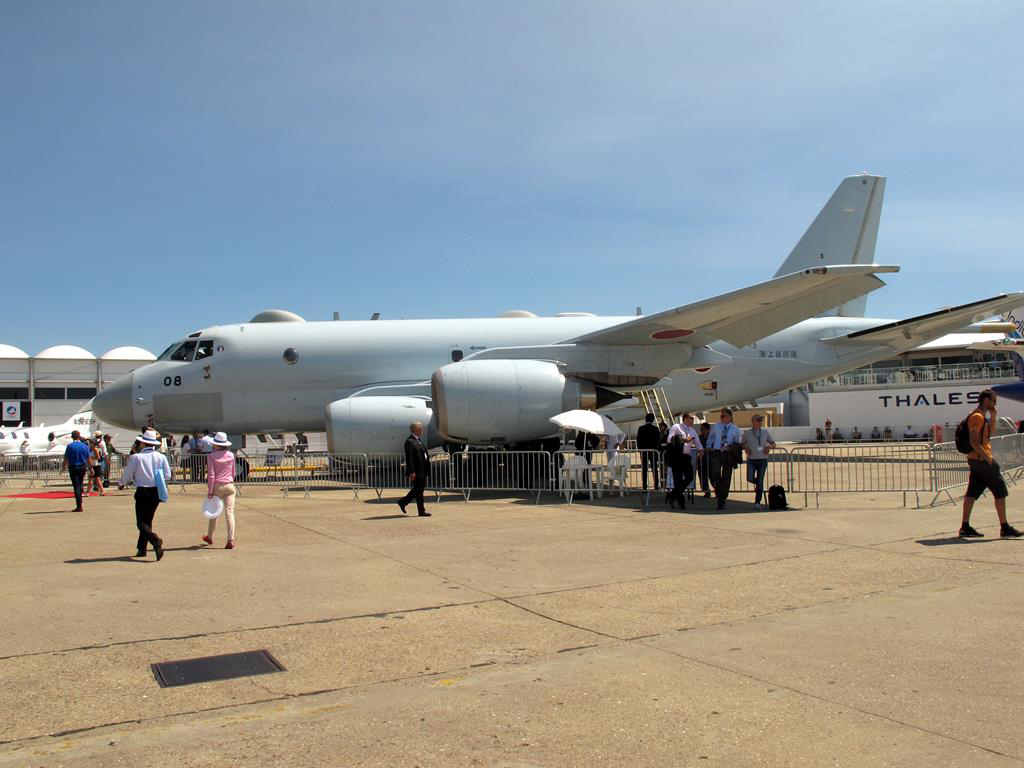