Also known by their acronym, ALTV, ACMAT vehicles are part of the wide offer by the Renault Trucks Defense Group, which Sherpa and Dagger are already in service with police forces in France and abroad. A wholly new family of ALTV vehicles, which inherit the experience of the first generation ALTV, is being proposed at Milipol, a Station Wagon and a Pick-up version being available for police and security roles. “We introduce today a new light vehicles family,” Emmanuel de Vachet, RTD Chairman said at a press conference. 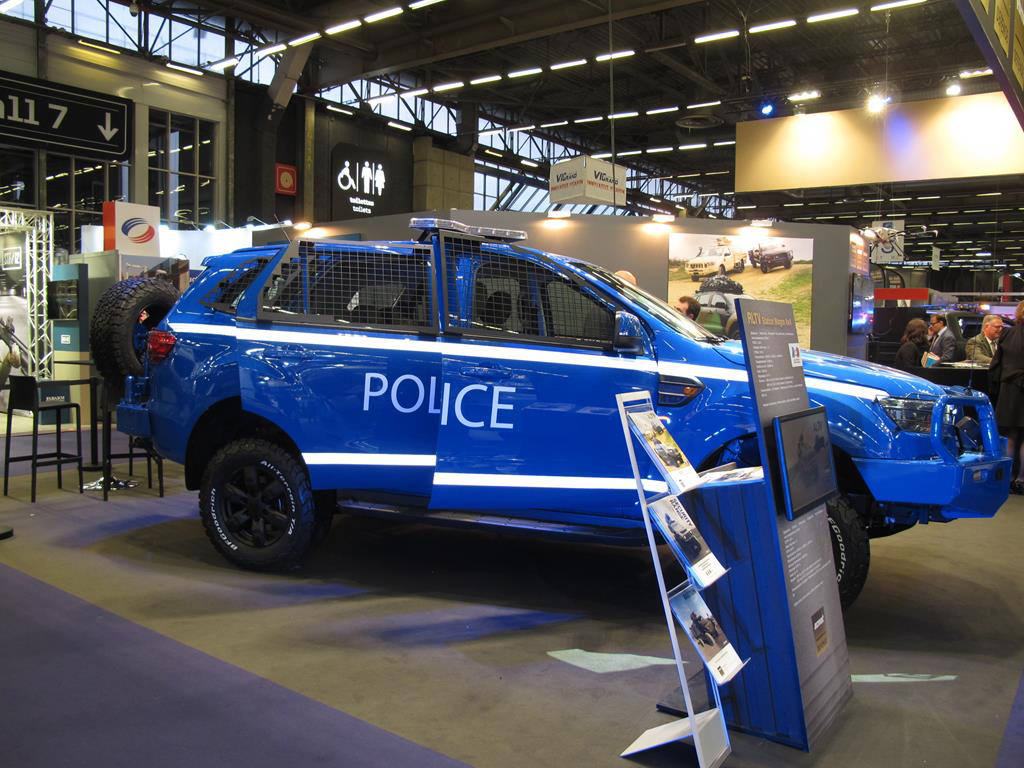 The ALTV Station Wagon, selected by the French Army to replace its P4 4×4 vehicle, can carry a crew of two plus three, and can be used for missions such as police, personnel transport, surveillance and reconnaissance. It can be fitted with light strip, police siren, public address, protection grid on windows, radio and weapon stands; with a 3.5 tons GVW and a one ton payload, the Station Wagon version is proposed with two propulsion options, respectively with 160 and 200 hp; the vehicle is 4.90 meters long, 1.86 meters wide and 1.84 meters high, and has a 2.85 meters wheelbase. The Pick-up version has a longer wheelbase, 3.22 meters,and is thus longer, 5.28 meters, while slightly lower, 1.70 meters, GVW remaining the same while payload is increased to 1.5 tons. Again two powerpacks are proposed, a 150 hp and a 200 hp, the number of transported personnel being higher, the single cab carrying two plus eight personnel, its rear cargo area being 4.6 m2, while the doube cab carries four plus six, with a rear area of 4.14 m2. “Numerous improvements and changing were made to the cynematic chain,” Thierry Duquesne, manager of the lightvehicles line, explained, “which allowed us to increase the ground clearance.” Both versions can reach a maximum speed of 170 km/h on road, have a range of 1,000 km; the ALTV can overcome a gradient of 60%, drive on a 40%side slope, and ford up to 0.8 meters without preparation. It can be air transported on board CN-235, C-30 and A-400M aircraft. As said the French Army aims to acquire up to 3,700 such vehicles, first of series being currently undergoing qualification tests.

Current vehicles are not fitted with any sort of armour. “We consider to offer in the future protected versions, up to B6 level, which must however not considered armoured vehicles,” Duquesne added, sayng that such a protection would weigth around 600 kg, thus reducing the payload to the weight of four men.