Founded in 2013, Air-Lynx is specialised in providing private 4G LTE (Long Term Evolution) nets with ultracompact hardware. The advent of the 4G technology based on IP protocol was a paradigm changer, that allowed to develop compact systems, the idea is to have a single device with the size of a suitcase allowing to cover a wide area. 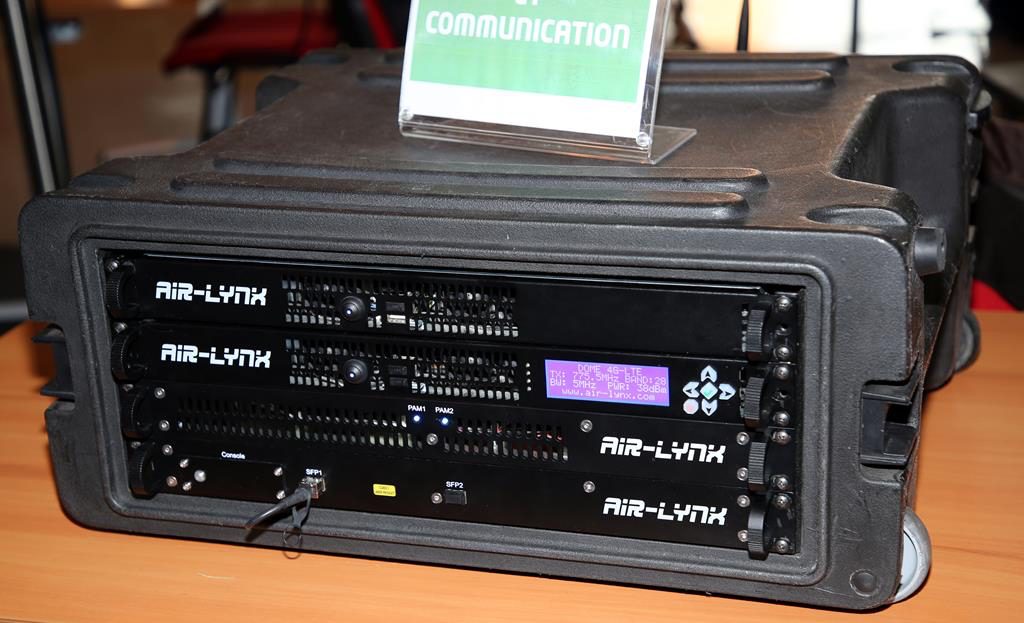 Air-Lynx ALB 11000 was thus developed, a 30 kg system operating in the 380-480 MHz and in the 700-960 MHz bands with a 40 W output, the latter ensuring communications over a 10 km radius area (20 km at sea); users must only insert a dedicated SIM card into their smartphone to be connected with the private network. This can provide high throughput voice and video communications, a single box being able to handle 1,000 users. Deployment is nearly in real time, as it needs only 90 seconds to start the system. The latest addition to the Air-Lynx portfolio is the ALM 17000 manpack, working in the 700 MHz band and with a transmit power of 2 W; it was shown mounted on a backpack frame that hosted the core system, a 310 x 205 x 90 mm box, the retractable antenna, a tactical tripod, and a 4 kg battery pack ensuring a six hours endurance, the whole system in this configuration weighing 10 kg. A single system provides push-to-talk, telephony, geolocation and multicast video for up to 100 users at 1 km distance. Air-Lynx are clearly of use for the military, however their employment goes well beyond tactical scenarios and finds its place in homeland security, rescue, crowd management and other situations requiring secure communications on an independent network. Air-Lynx is currently working on the 5G, aiming at developing a 5G architecture with 4G terminals, a solution that should further reduce dimensions and weight. 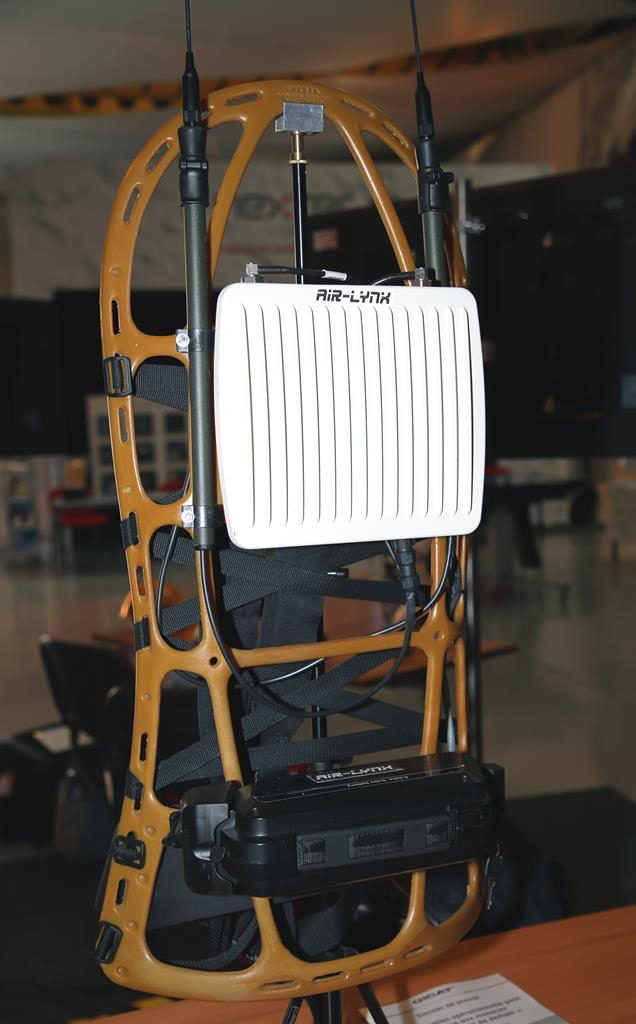 Soon after the meeting an agreement between Thales and Air-Lynx was announced, the latter providing its 4G LTE equipment for critical missions. Air-Lynx is also part of the Thales-led Fed4PMR team, in which it brings its expertise in compact LTE systems as well as its 5G developments. The Fed4PMR programme aims at improving professional mobile communications throughput, and includes 10 companies headed by Thales. It was launched on February 1, 2016, and will last three years, with an overall cost of 24.2 million Euro, 10.76 of them being provided by the French Government.