Le Bourget 2017 was held during one of the hottest weeks of the year in Paris, but hot news from the military sector of the aerospace industry was hard to come by at an air show dominated by the commercial aviation giants Airbus and Boeing with Embraer and Bombardier snapping at their heals.

While the flagship of Airbus Defence and Space, the A400M still suffers from problems and delays that have prevented any new sales this year, its smaller stablemate, the C295 medium transport was breaking new ground with the announcement at Le Bourget that Canadian Aviation financier and lessor Stellwagen signed an order for 12 Airbus C295, the first to a leasing company. 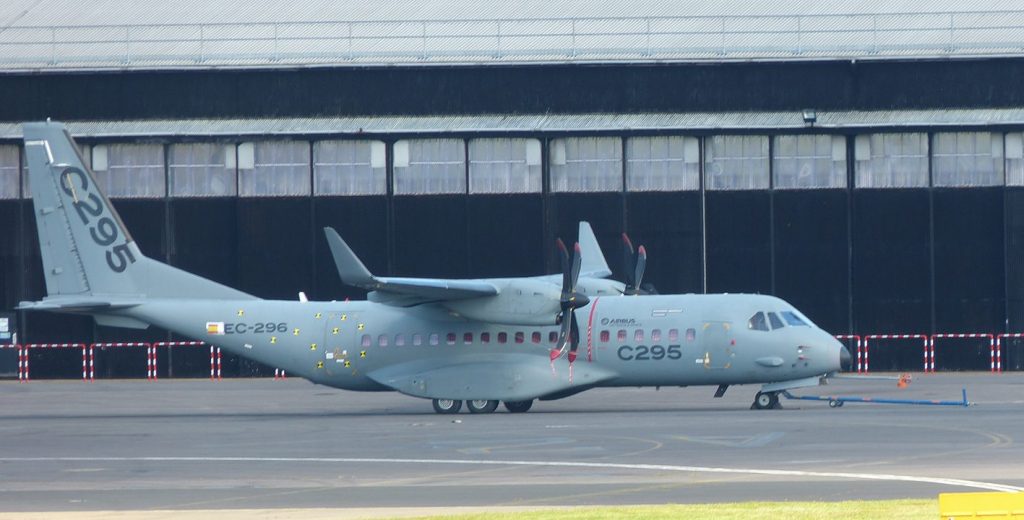 The contract, which includes options for a further 12 aircraft, positions Stellwagen to address civil markets including the humanitarian sector, freight operators in austere environments, and government agencies such as search and rescue services.

It was also announced that Airbus Defense and Space is set to deliver its first armed intelligence, surveillance, and reconnaissance (ISR) C295 aircraft to an undisclosed customer in September. The modified aircraft features a nose-mounted forward-looking infrared (FLIR), a multimode search radar with maritime and ground surveillance modes, and a palletised version of Airbus’ newest Fully Integrated Tactical System (FITS), with additional screens for improved situational awareness. The C295 will be armed with two 12.7 mm manually operated heavy machine guns (HMG) firing through the rear parachuting doors.

The company also claimed that African air forces are showing growing interest in the C295, with Burkina Faso, Côte d’Ivoire, and Senegal considering the aircraft to meet outstanding air transport requirements. It is already in service with the Ghana Air Force.

The Nigerian Air Force is also looking at the aircraft to supplement its Lockheed Martin C-130 fleet and fill the gap left by the withdrawal of its Alenia G222. Contract negotiations remain ongoing with Equatorial Guinea regarding the sale of a single transport configured C295 plus a maritime surveillance version.

The C295 is a nine-tonne capacity, ramp-equipped, medium transport and mission aircraft in-service with 28 operators in 25 countries. The agreement with Stellwagen took firm orders for the type to 198 and the options would take the figure past 200.