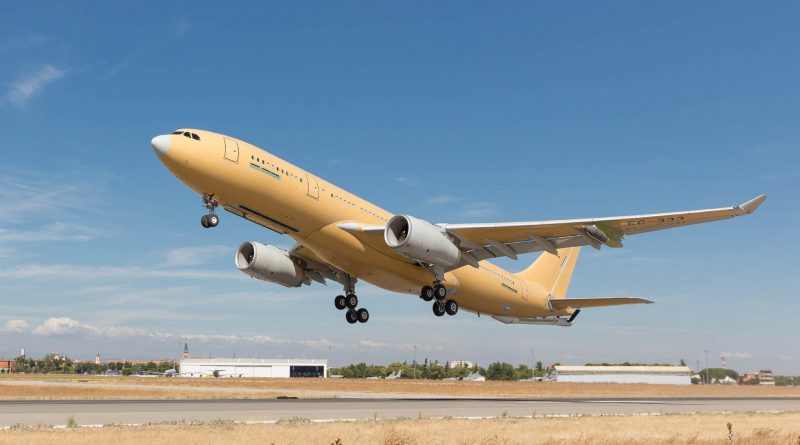 Madrid, 1 March 2018 – Airbus Defence and Space has received a firm order for an Airbus A330 MRTT Multi Role Tanker Transport from Europe’s organisation for the management of cooperative armament programmes – OCCAR – on behalf of NATO Support & Procurement Agency (NSPA).

The order follows the announcement on 14 February of Belgium’s official accession to the European/NATO Multinational Multi-Role Tanker Transport Fleet (MMF) programme, which already consists of Netherlands, Luxembourg, Norway and Germany.

An amendment to the original MMF contract adds the aircraft to the seven previously ordered for the MMF programme. The contract also includes three additional options to enable other nations to join the programme and provides for two years of initial support.

The programme is funded by the five nations who will have the exclusive right to operate these NATO–owned aircraft in a pooling arrangement. The aircraft will be configured for in- flight refuelling, the transport of passengers and cargo, and medical evacuation flights.

Airbus Defence and Space will deliver the eight aircraft from its tanker conversion line at Getafe near Madrid between 2020 and 2024.

The European Defence Agency (EDA) initiated the MMF programme in 2012. OCCAR manages the MMF acquisition phase as Contract Executing Agent on behalf of NSPA. Following the acquisition phase, NSPA will be responsible for the complete life-cycle management of the fleet.

Head of Sales and Marketing Bernhard Brenner said: “The selection of the A330 MRTT for MMF, along with the earlier similar decisions by the United Kingdom and France, will ensure that Europe has the world’s most operationally capable tanker fleet for many years to come. We encourage other European nations to contribute to MMF in order to maximise the operating and financial advantages of a large fleet based on a common type.”