BIDEC’s unique Features included Parachute exercises, Shooting Range exercises, a warship Display, and military vehicle demonstrations. The show was dominated by land vehicles, two of which made their first appearance. 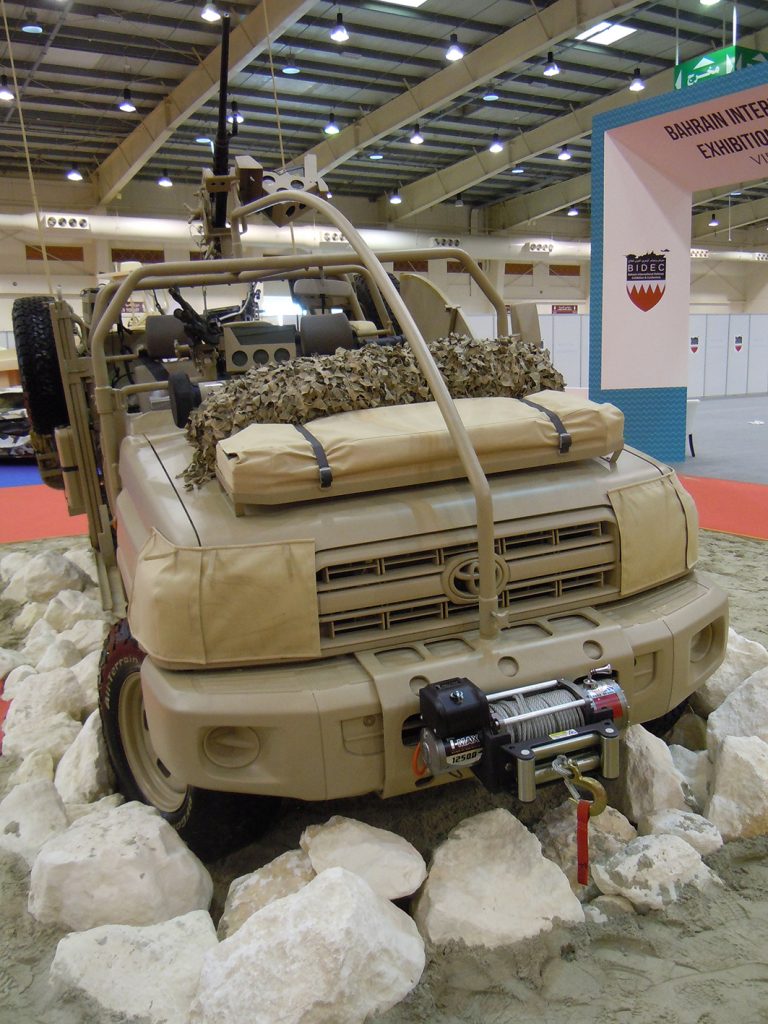 Designed by His Highness Sheikh Khalid Bin Hamad Al Khalifa, commander of the Bahrain Royal Guard Special Forces, the Theeb 4X4 long-range patrol vehicle is based on Toyota Land Cruiser chassis and assembled in Bahrain. It features armoured sliding doors to provide protection for the driver and commander against small arms fire. The Theeb can carry a total of five military personnel plus driver and commander.

The Pakistan Cavalier Group launched its 6×6 Hamza Mk.2 Multi-Role Combat Vehicle at BIDEC 2017. Based on the 8×8 Hamza MRAP that is being delivered to the Pakistan Army, the new vehicle can be configured as a riot control vehicle, and IFV or a fire support vehicle with 90 or 105 mm cannon. Powered by a Cummins ISM 500 6-cylinder turbo diesel the 20 plus ton Hamza Mk.2 has a payload of between 5 and 7 tons and can carry up to 10 fully equipped troops. 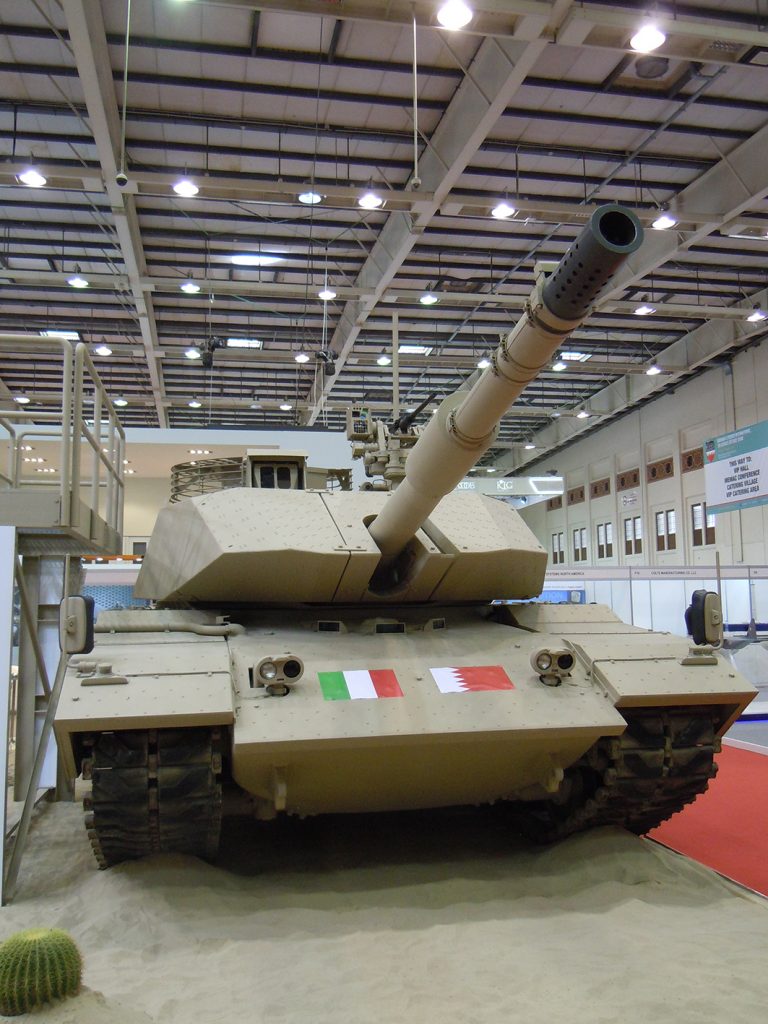 Leonardo launched its M60 A3 main battle tank (MBT) overhaul and upgrade programme at BIDEC to provide fleet operators, including the Royal Bahrain Army, with an opportunity to enhance the performance of the platform and make it adequate to the requirements of the modern scenarios. The upgrade includes significantly improving lethality, mobility and crew survivability through a modular solution that integrates a new 120/45 mm main gun with a state-of-the-art Fire Control System (FCS), a suite of modern protection systems and a significant increase of power from the power pack. 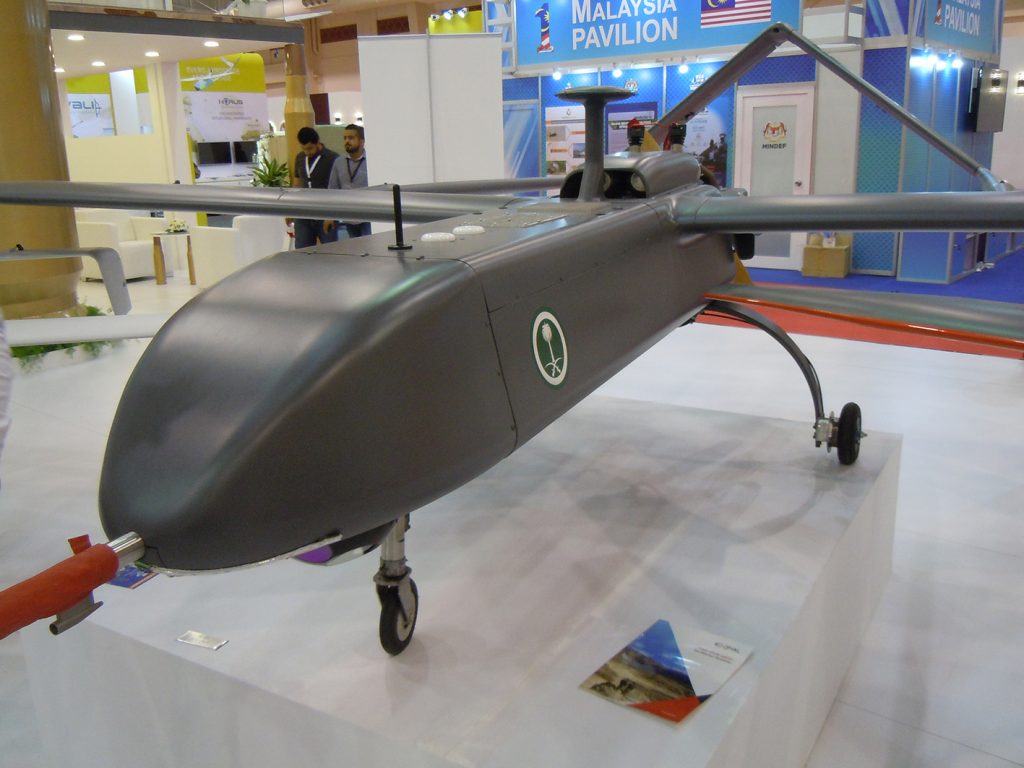 The breaking news at BIDEC was the announcement that Bahrain had confirmed the purchase of 16 Lockheed Martin F-16 Block 70 aircraft with an option for three additional aircraft. The FMS contract worth US$3.8 billion covers weapons, sensors and training with first deliveries scheduled for 2021. The F-16 Block 70, which has been selected by India, features the Northrop Grumman’s advanced APG-83 Active Electronically Scanned Array (AESA) radar with a new avionics architecture, and structural upgrades to extend the structural life of the aircraft by more than 50 percent beyond that of previous production F-16 aircraft.

Unmanned aerial vehicles (UAVs) were also prominent at BIDEC with the Saudi Arabian company PSATRI displaying its new Skyguard tactical unmanned aerial system. Funded by the Saudi Armed Forces, the Skyguard, powered by an Italian piston engine, can carry a 50kg payload and has an endurance of 8 hours. Six prototypes are undertaking a flight test programme prior to production in 2018. 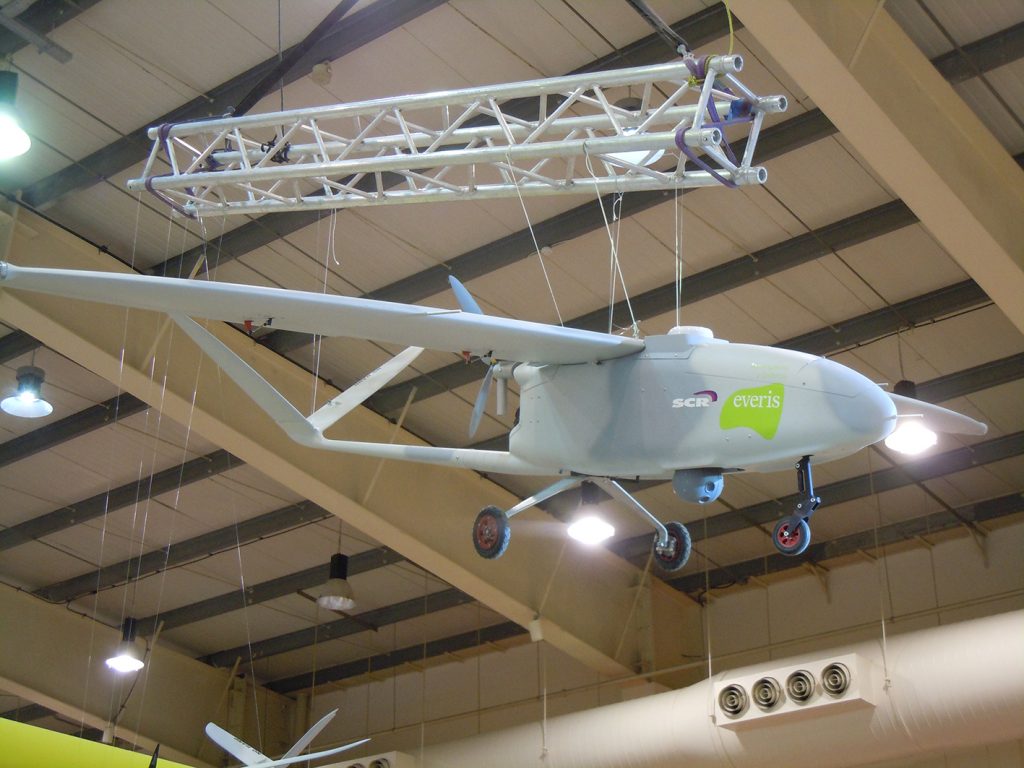 SCR, a company of the Spanish Everis Aerospace, Defense and Security Group, showcased at Atlantic tactical UAV manufactured in composite material. Due to its simplicity and reliability, it is operated only by two people and can take-off on an airfield or by a launcher. The flight plan mission is carried out automatically and autonomously. The full system includes the platform, ground station and ruggedized laptop with Visionair software. The system can integrate a wide range of payloads including EO and IR sensors, radar or radio electric. 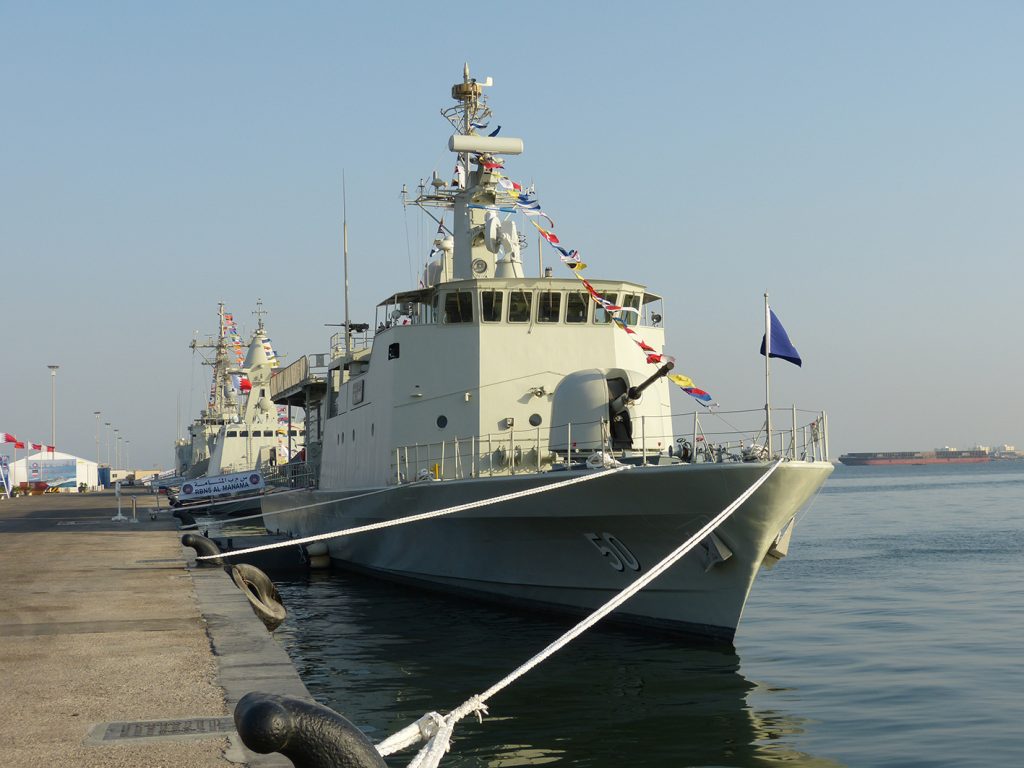 The Al-Manama Class corvette is the first of six Royal Bahrain Navy ships to be upgraded by Leonardo. (David Oliver)

The 3.8m wingspan Atlantic is powered by a 9hp 2-cylinder 2-stroke petrol engine and has carried out flights with Spanish Army units as part of Project Rapaz, promoted by the Directorate General of Armament and Material (DGAM) of the Spanish Ministry of Defense. During the tests, held in May and June 2017 Atlantic reached a flight altitude of 12,000 feet.

In the maritime sector one of two Royal Bahrain Navy warships on display during BIDEC, the Al-Manama Class Lurssen corvette, was the first of six ships to be upgraded by Leonardo. Leonardo, signed a €50 million contract with the Royal Bahrain Naval Force in 2015 to upgrade six naval vessels. The upgrades include the design, manufacture, installation and integration of new combat management systems about to embark on a month sea trials to be operational by the end this year. Work has already started on the second ship.