At Satory CMI Defence was present with both its turret manufacturing entity as well as with its France-based simulation division, Agueris. The latter exhibited the new generation of generic virtual simulators: exploiting the same hardware and the same core software these provide an interactive cockpit similar to that of the, gunner, commander or driver position, and being software-based it is possible to easily switch from one armoured vehicle type to another. 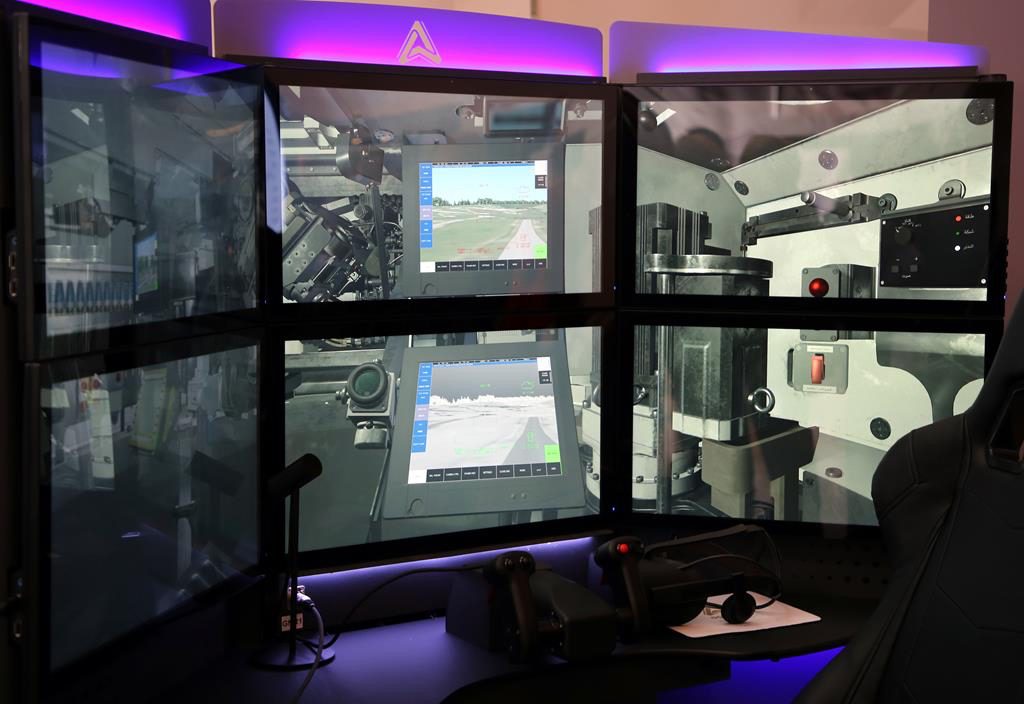 The only dedicated man machine interface is the physical one in the form of a handlebar/joystick and pedals (when needed), and is similar to real ones, featuring the same sensibility, while all other commands are given via touch-screen. Fully mobile, the so-called ETT, French acronym for turret technical trainer, can be easily deployed and can be linked with other ETTs in order to provide collective training, using for example two MBTs and two IFVs, the controller console being able to deal with the platoon level. ETTs have only two cables, one for power and one for the network.

The battle management system used is the same of the real one, thus the ETT can be easily updated to the latest configuration. Agueris was also exhibiting a virtual reality goggle, allowing the wearer to be immersed in a turret via virtual reality, that in perspective will be used to generate a family of light simulation devices. As for CMI Defence, the company was showing its turret-drone coupling that exploits the turret hardware to fly the drone, with a friendly HMI, all images being geo-referenced. The aim is to provide over-the-hill reconnaissance and target acquisition capabilities in order to exploit the 42° maximum elevation angle allowed by the XC-8 105 turret that allows to deliver HE rounds at 10 km range in indirect fire mode.