In the context of its Naval Innovation Days, DCNS has successfully achieved the coordinated deployment of three types of drone, underwater, airborne and surface, thanks to its I4®Drones mission system. It is the first time in Europe that a company has organised and implemented such a successful end-to-end performance. During this demonstration, it was possible to detect a suspect vessel, which was identified and neutralised in less than twenty minutes. 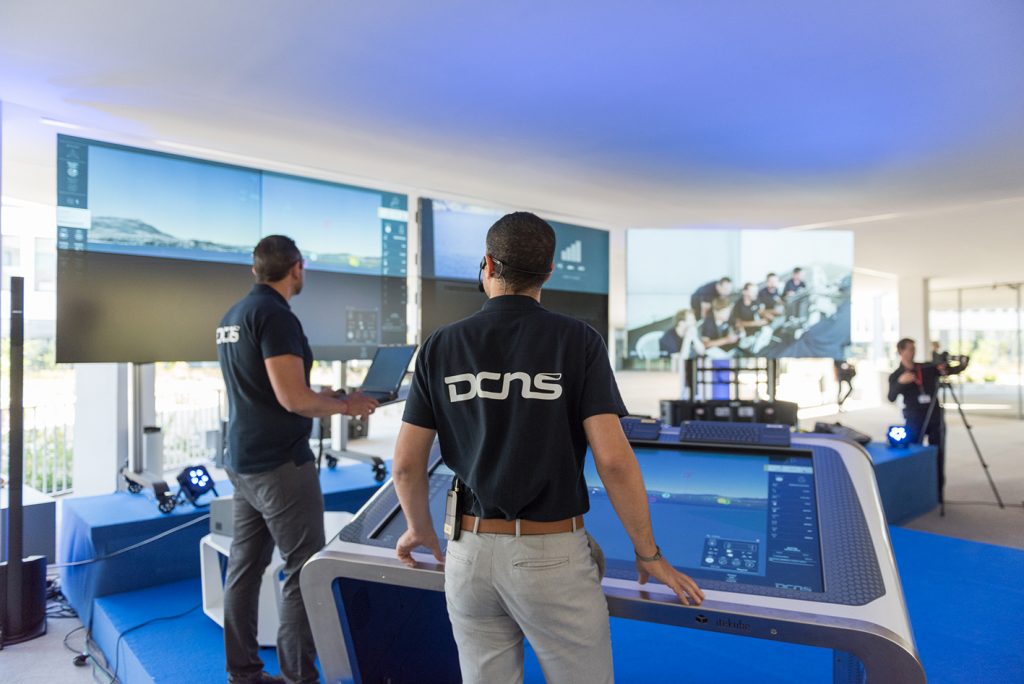 DCNS passes another milestone in the development of naval drones

DCNS, in partnership with SMEs/SMIs, conducted a large-scale sea demonstration with the deployment of three drones: its own D19 underwater drone, the REMORINA surface drone produced by its subsidiary Sirehna and the IT180 mini-UAV from the ECA Group. These three drones were deployed off the coast of Toulon from a land base in Saint- Mandrier.

The deployment scenario consisted of detecting, identifying and neutralising through drone deployment from a land-based centre a vessel representing a threat for a protected area. I4®Drones*, DCNS’s mission system, is the product of several years of R&D and innovation and the fruit of the Group’s recognised expertise in system development, in particular for the naval integration of drones. DCNS coordinated:

The planning, management and real-time operation of the drones and payloads, and mission restitution were entirely conducted via DCNS’s I4®Drones multi-drone mission system. The system was installed in an operations centre based on the DCNS Toulon- Ollioules site, where the mission’s progress was transmitted in real time onto an image wall in the context of the Naval Innovation Days.

This success confirms DCNS’s engineering and innovation capacities in the area of military naval drones and its positioning of naval-drone system engineer for its client navies. 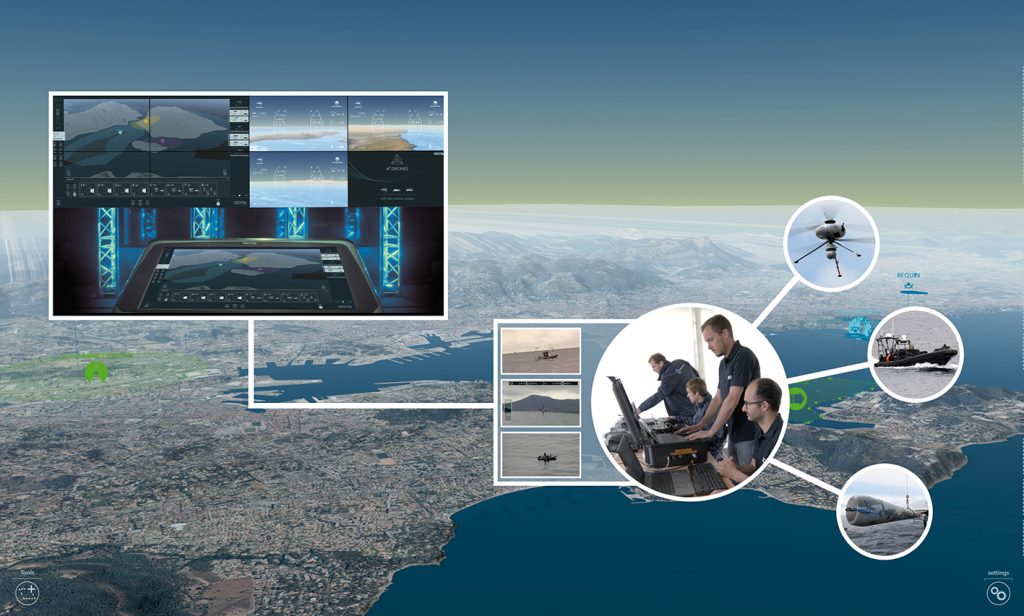 I4® Drones is the naval-drone mission system designed and developed by DCNS for the end-to-end management of drone missions, and covering three key phases: mission preparation, deployment and data exploitation, recovery and mission restitution. The I4® Drones system allows the supervision of naval drone operations in the three environments: air, surface and underwater. This system can be installed on a surface vessel or submarine, and can also be deployed in a land-based command centre. Thanks to the I4® Drones system, the management of drone missions is facilitated in the context of inter- armed forces and inter-ally coalitions ensuring greater effectiveness and increased interoperability between vessels and drones.

D19 is DCNS’s first autonomous underwater military drone designed to equip surface vessels and submarines. Capitalising on its know-how in the area of torpedoes and mobile underwater targets, DCNS designed the D19 for performing several missions in support of naval actions.

REMORINA is a surface drone developed by Sirehna. Endowed with decision-making autonomy and advanced obstacle avoidance functions, it can approach an object either autonomously or by remote control and interact with a threat. Equipped with multiple sensors, it transmits its data to the land-based centre in real time, which thus possesses enhanced tactical information and can actuate its non-lethal weapons or conduct manoeuvres to deny access to a zone.

IT180 is a versatile rotary-wing mini-UAV developed by the ECA Group. This drone is easy to use, even under difficult weather conditions. Its flexible battery system provides an autonomy of two hours, an operating range in excess of 30 nautical miles and a payload of up to 5 kg (IR, video, PIR). This UAV can be used to monitor and secure the area around a vessel, detect floating drifting mines in front of a transiting expeditionary naval force or be linked by fibre optic to its “mother vessel” as a trans-horizon radio relay for the UAVs and naval surface drones intervening in the mine threat area.