It needed two students from ISAE-SUPAERO, one of the world leading aerospace engineering universities, to provide special and amphibious forces with an extremely light and user friendly unmanned air system capable of providing them an over the hill or behind the corner situational awareness. 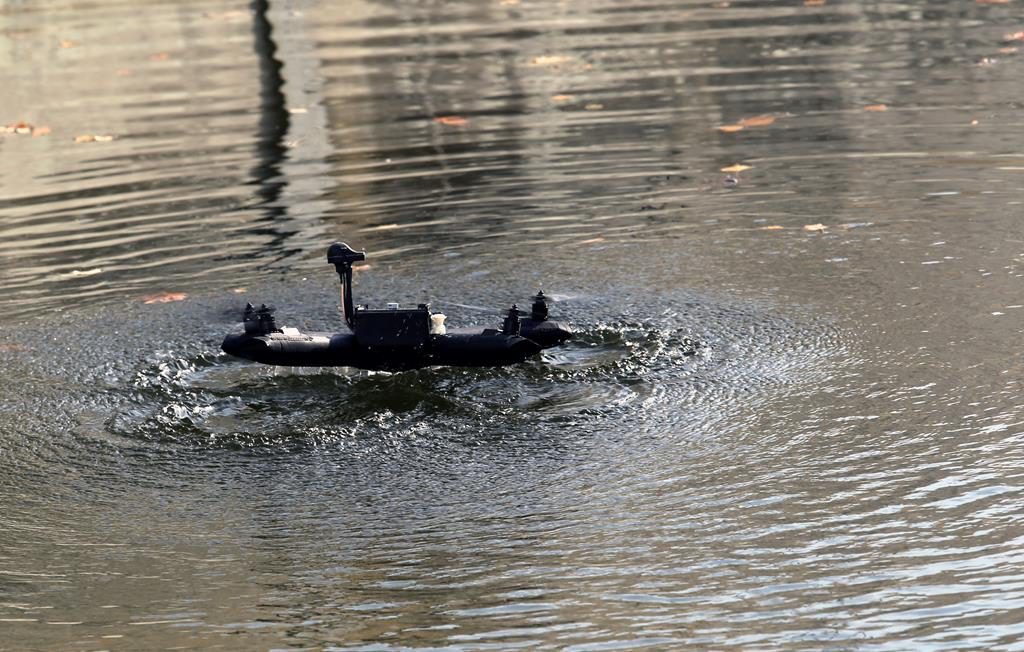 Formed by those two students, Diodon Drone Technologies is a start-up based in Toulouse that developed a peculiar UAS family made of a central rigid waterproof box containing all electronics, while the spikes that support the rotors are inflatable. This means that in transport configuration the drone fits in a rucksack which is slightly bigger than the UAS box, the package also containing a small compressor used to quickly inflate the spikes. Three models are currently in the last stage of development, the SP20 being the smaller one, a quadcopter with a 200 grams payload capacity, a 20 minutes endurance and a 2 km range; deflated its size is 200x200x120 mm, which in creases to 600x600x120 mm when inflated, 45 seconds being needed to prepare it for flight. 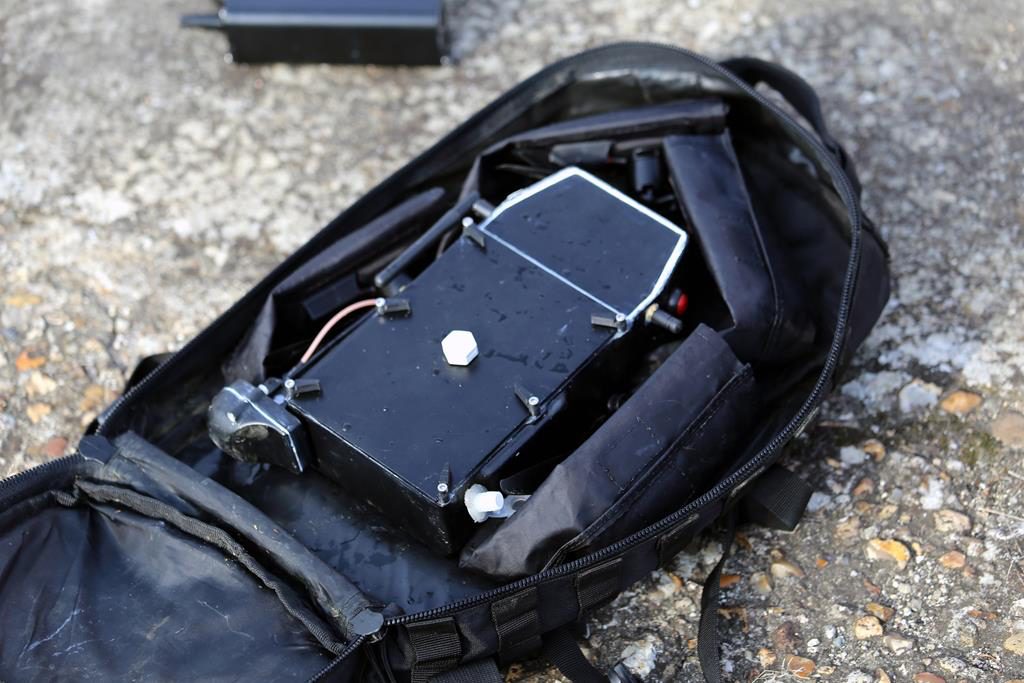 The SP20 was visible at Satory, taking off and landing from the Nexter fording basin used for vehicles testing. While the SP20 carries a single sensor, thermal, day or night, the MP40, with its 400 grams payload, can carry a stabilized gimbal with single sensor, the even bigger HP150 1.5 kg payload allowing to install a stabilised gimbal with multiple sensors. With an operational range of 3 km, the latter UAS have respectively a 30 and 35 minutes endurance, the inflating time being longer due to the greater volume: the MP40 increases its size from 300x250x150 mm to 800x800x150 mm when inflated, one minute being needed to prepare it, this time being doubled to inflate the HP150, which grows from 400x350x200 to 1500x1500x200. Beside the capacity to land on water, Diodon UAS can easily operate from hard and difficult surfaces such as rocks or sand, without damaging the structure. Didodon developed a ground control station with touchscreen and joystick controls, used for all three types of UAS, that provides video downlink, GPS position and encrypted link, maximum range being 10 km. Diodon will made its products available on the market in late 2017 – early 2018.