A specialist in robotics, ECA Group is mostly working on a synergic use of land and air unmanned systems. Its IT-180 was successfully used in Mali by the 13th Engineers Regiment; provided in two versions, the IT-180-60 with electric propulsion and the IT-180-120 with gasoline engine propulsion, the last numbers showing the endurance in minutes. 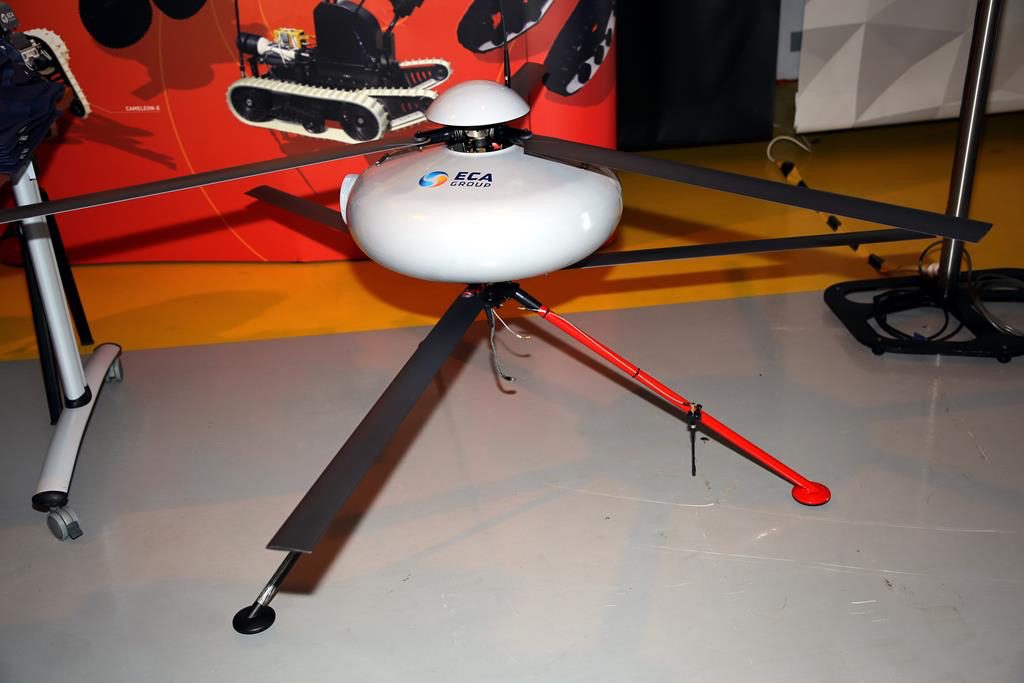 Capable of carrying up to 5 kg payload, including gyrostabilized EO/IR video camera, digital still camera, magnetometer, LiDAR, CBRN sensors, COMINT-SIGINT packages, as well as anti-drone kit. ECA worked on computing power in order to automate combat monitoring functions, the IT-180 having been navalised, while land-air collaborative mode is being implemented. Reducing operators workload is also the target in the UGV sector, where ECA added some intelligent modes in the handling of the robotic arm such as the one installed on the Iguana E. Another improvement is the semi-automatic use of flippers, the final aim being that of allowing full automatic stair or obstacle climbing. To improve the operator awareness a 3D viewing is provided to the pilot. As said interaction between ground and air unmanned systems is a distinctive element in ECA systems, the flying segment being used either to provide a top view of the situation, possibly with a tethered solution, as well as to increase the UGV range using an airborne radio relay.