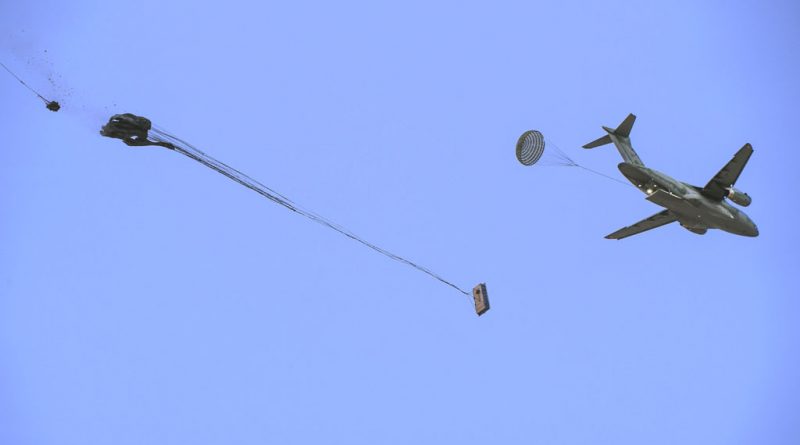 The KC-390 Millennium has a fully automated Cargo Handling and Aerial Delivery System on the cargo compartment, were a loadmaster can perform all activities, while reducing workload and improving awareness. For the pilots, a system called CCDP (Continuously Computed Drop Point) calculates the optimum airdrop release point for better accuracy on the mission accomplishment. Both Systems were developed by Embraer.

The tests, conducted by Embraer in cooperation with the Brazilian Air Force and Brazilian Army, were performed at the US Army Yuma Proving Ground facilities, in Arizona, USA. Major achievements of the testing campaign were the airdrop of a single maximum platform with 19 metric tons (42,000 lb) as well as the sequential aerial delivery of two platforms weighing 24 metric tons in total. Based on these results, the KC-390 Millennium becomes the only medium airlifter able to perform such extreme operation.

Over the 2019 airdrop campaign the KC-390 Millennium has delivered several containers by gravity with up to 24 containers in one pass, and multiple Type V platforms using extraction parachutes, with a total combined payload of 330 metric tons.

Additional achievements of the testing campaign were the following:

The aircraft handling in all airdrop conditions was superb with the full fly-by-wire flight controls being very effective in handling aircraft´s pitch attitude changes during and after each load release. The most demanding airdrop conditions were performed without pilot intervention (fly-by-wire sidesticks in neutral position). The extremely positive feedback from Embraer and Brazilian Air Force pilots confirms the aircraft superior performance during airdrop operations. 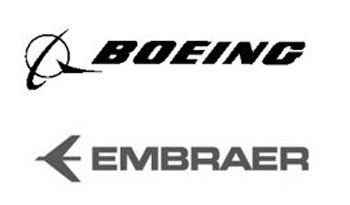 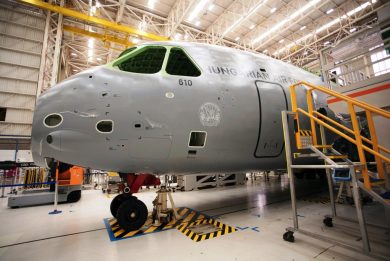 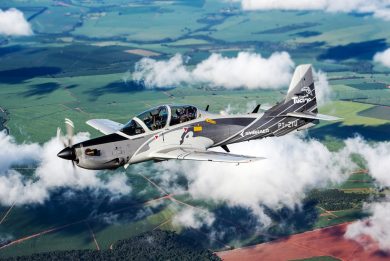