Following the presence at the static exhibition of prototype n. 1 of the KC-390 Embraer transport aircraft at Farnborough 2016, Le Bourget 2017 saw the presence of prototype n. 2, which performed daily flight demonstration. In the mean time the first serial production aircraft aimed at the Brazilian Air Force is being assembled at the Gavião Peixoto plant, production of FAB 002 and 003 having already started. Tests are proceeding, wing load tests being completed on Test Vehicle 801 (the third aircraft assembled on the line) and now switching to fatigue teston TV 802. Air refuelling dry tests with high speed aircraft started in February 2017, wet tests being planned soon. Cross wind and water spray tests have also been recently carried out, the two flying prototypes having logged over 1,000 flight hours. Vehicle loading certification tests have been completed last May, using the cargo handling system rig, the KC-390 rig having hosted three Chivunk fast attack vehicles, one Guarani 6×6 infantry fighting vehicle, two M113 tracked armoured personnel carriers, and one AP-2A firefighter truck. Civil certification is expected in Q2 2018, followed by military certification by the end of that same year. 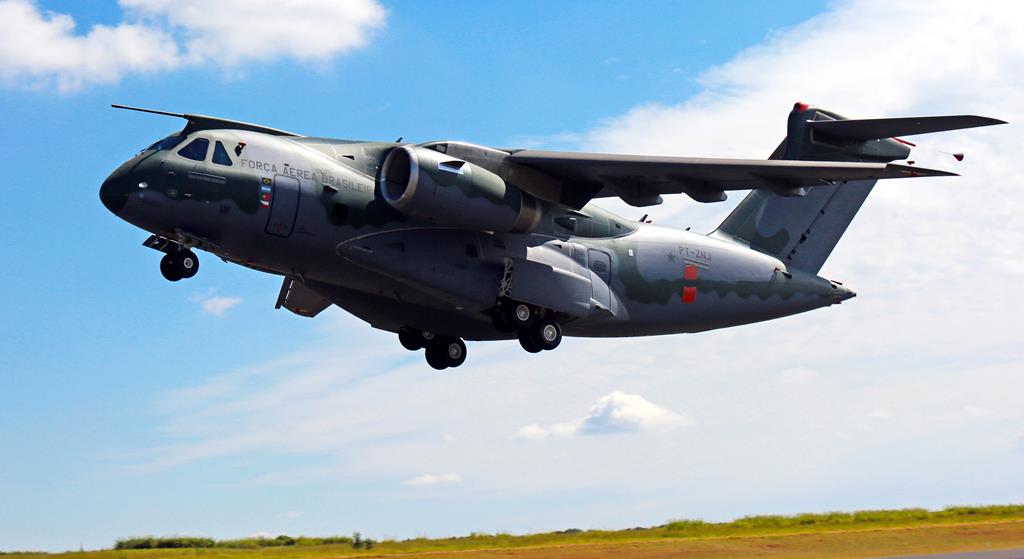 A view of the second prototype of the KC-390, the one that flew in Paris during the 2017 Air Show. (photo Embraer) 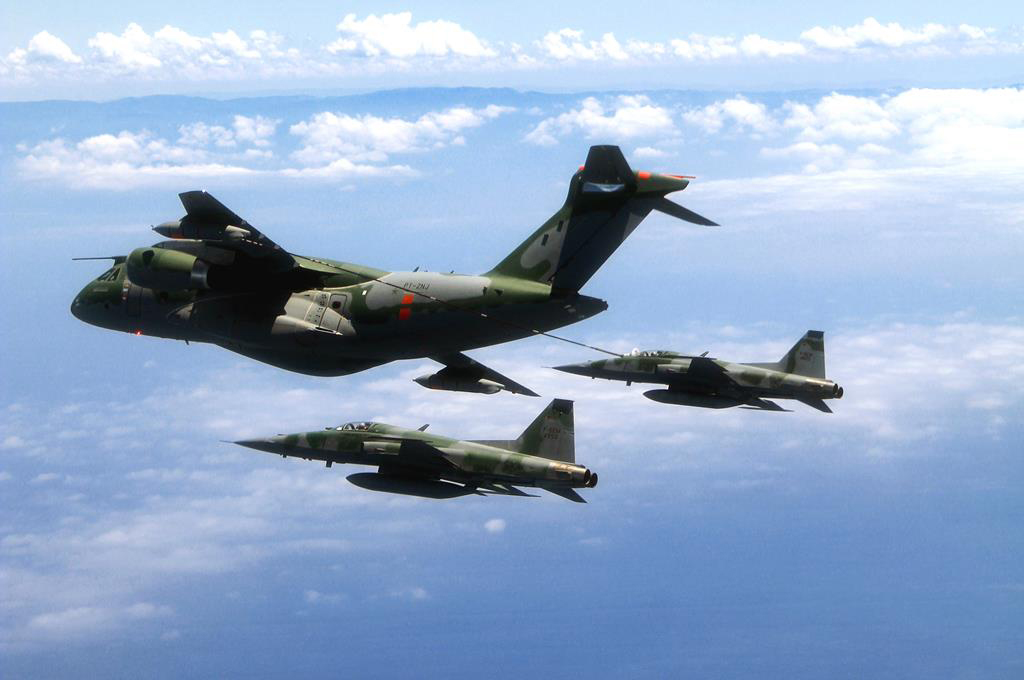 Next year the Brazilian Air Force will receive the first two aircraft, followed by two more in 2019, that year marking also the potential starting of export deliveries. Portugal recently decided to start contracting negotiations for five aircraft plus one more as option. From 2020 Brazil will receive three KC-390 per year, stabilised production rate after ramp up being 1.5 aircraft per month, which if needed can be pushed at two aircraft per month. The first two delivered planes will be at IOC level, the first full capability aircraft being n.3. Embraer signed an agreement with Boeing for joint marketing, the US company being also responsible for after sales support. Currently no development activity has been launched for a Maritime Patrol Aircraft version, as no requirement has emerged yet. The KC-390 arrived in Paris after having performed in Sweden, and following the end of the Air Show it took off for a demonstration tour which only known stage is that in New Zealand.