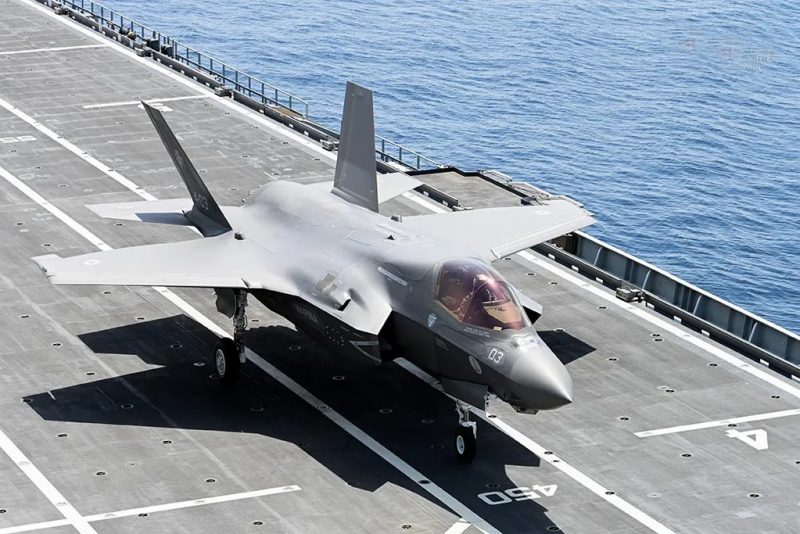 The Italian navy has received today the first  F-35B fighter being deployed on board the Cavour aircraft carrier, which this year received the certification to operate with fifth generation aircraft in the US.

Gulf of Taranto, Ionian Sea. Today, 30 July, the first Italian Navy F-35B has landed for the first time on board the Cavour aircraft carrier, after the test and certification activity carried out with US aircraft during the “Ready for Operations” (RFO) campaign concluded at the end of April this year. This is the third aircraft assigned to the Navy and just being accepted from the assembly plant in Cameri (Novara), while the previous two are in the United States to support pilots training for the Italian Armed Forces.

“Today we are witnessing the landing on the Cavour aircraft carrier of the first Italian Navy’s F-35 : a great step towards the strategic goal of providing Defense and Italy with an aircraft carrier capability equipped with latest generation aircraft. A capacity that projects us into an elite of a few countries in the world, thus raising the level and international weight of Italy “, said the Italian Navy’s Chief of Staff, Admiral Giuseppe Cavo Dragone.

The arrival of the aircraft represents a fundamental step in the process of replacing the AV-8B Plus Harriers. The Navy expects to obtain the initial operational capacity (IOC) by 2024 and, subsequently, the Final Operational Capability – FOC, after the delivery of the last F-35B to the Navy.

Its arrival on board the aircraft allow pilots to soon begin training for the acquisition of the so-called “Bravo Capability”, or the qualification for landing and take-off from the flight decks of the Navy’s ships, which in the case of fixed-wing aircraft operating from aircraft carriers, is called Carrier Qualification (CQ).

During sea trials, carried out in the Atlantic Ocean off the East Coast of the United States, two American F-35B aircraft equipped for test activities, embarked on the Cavour, completed all the planned tests, carrying out over 50 flight missions, in different weather and sea conditions, night activities, about 120 vertical landings and as many short take-offs with the help of the ski jump, as well as vertical take-off activities. Sea trials required an enormous commitment from the teams involved both on the flight deck and in the aircraft carrier hangar as well as in the operational premises of the unit, from where the flight activities were managed. On board the aircraft carrier, an extraordinary integration between the Italian and American personnel was achieved, a real added value to ensure that the delicate activities of the F-35Bs were conducted safely, obtaining maximum effectiveness.

The Ready For Operations (RFO) campaign, which lasted three months in which the Cavour traveled over 15,000 nautical miles, strongly affirmed the Navy’s cooperative bond with the US Navy and Marine Corps.

The Cavour also conducted flight deck certification activities to operate the MV-22 “Osprey” tiltrotor operated by the United States Marines. The MV-22 “Osprey” aircraft is a twin-engine aircraft, with vertical take-off and landing capability thanks to the tilting rotors. The primary function of the aircraft is to support amphibious operations, by transporting troops, equipment and supplies for naval units equipped with a flight deck and ground bases. Another element added to the interoperability with the US armed forces and to the projection capability on the sea and from the sea. 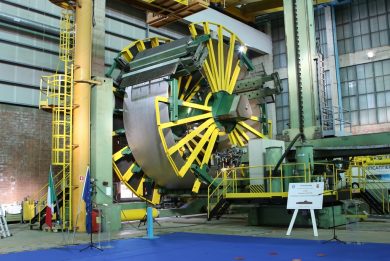 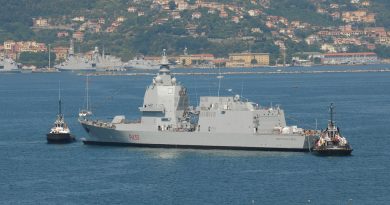 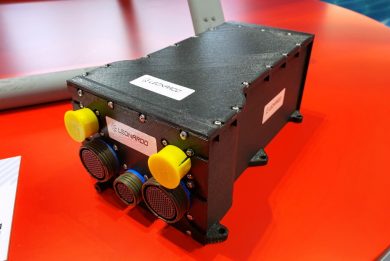