FN Herstal unveiled the latest model of its FN SCAR assault rifle family, which counts among its users also US Special Force. The new version, chambered in 5.56 x 45 mm rounds, is mostly aimed at urban combat and homeland security operations, the latter needing more and more weapons chambered for military calibre rounds, considering the kind of rifles used by terrorists. 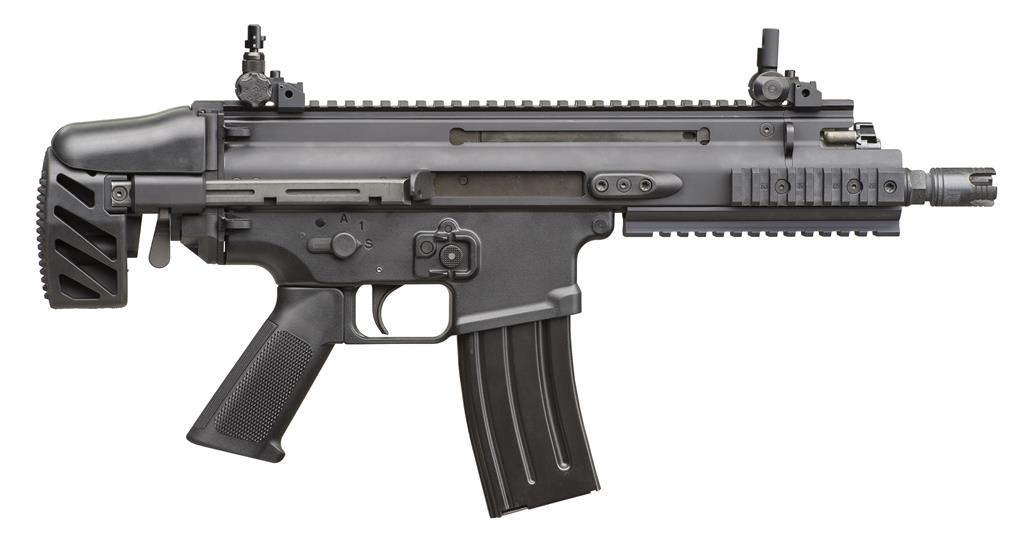 The FN SCAR-SC, the two latter letters standing fo Subcompact Carbine, is fitted with a 7.5-inch barrel (190.5 mm), which can accept a sound suppressor, and weighs 3.15 kg, 150 grams less than the L. It features a telescopic buttstock, the weapon being only 653 mm long with the buttstock extended, 135 mm less than the L version, and 536 mm long with the buttstock retracted. Another new feature us the non-reciprocating charging handle. Both the buttstock and handle, as well as some ther improvements, as the pistol grip which lost the finger rest, are now adopted on all SCARs, which however maintain full interchageability. The new carbine maintains the 30 mm magazine and can fire in semi-auto and auto modes, with a cyclic rate remaining 550-650 rounds per minute. Its Picatinny rails, the full-length top one and the shorter ones at 3, 6 and 9 o’ clock, allow to add numerous different sights and accessories to adapt the weapon to the actual mission. The SCAR-SC maintains the family feeling, to facilitate training for personnel who already uses the FN rifle in other versions. The SCAR-SC is ready for production, potential customers lining up according to the company.