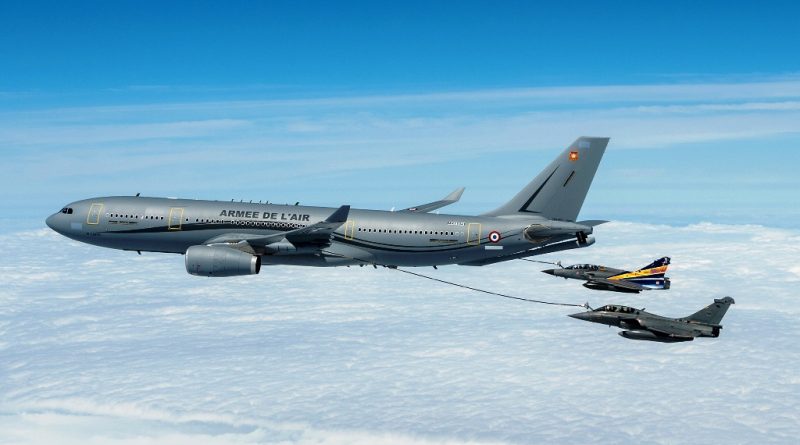 Florence Parly, the French Minister for the Armed Forces, enacted the acceleration of MRTT Phénix deliveries: in 2023 the Armée de l’Air will deploy 12 of them.

This decision is part of the dynamics of the military programme law 2019-2025, which foresees the acceleration of forces’ equipment modernisation and, notably, that of air refuelling aircraft. It has the effect to anticipate to 2023 – that is two years earlier than scheduled – the delivery of twelve aircraft, and to establish the conditions to increase the fleet to fifteen aircraft in the next years.

Thanks to its versatility the MRTT Phénix will replace to different fleet ; the current air refuelling fleet (C135-FR and KC135R, some of them approaching 60 years of age when they will retire) and the strategic personnel and materiel transport (A310 and A340).

Its missions will include the deployment of the deterrence air component, the contribution to the permanent safety posture, force and power projection, as well as medical transport in case of urgent medical evacuation.

To cope with the required missions the MRTT Phénix is based on the militarised Airbus A330 airliner.