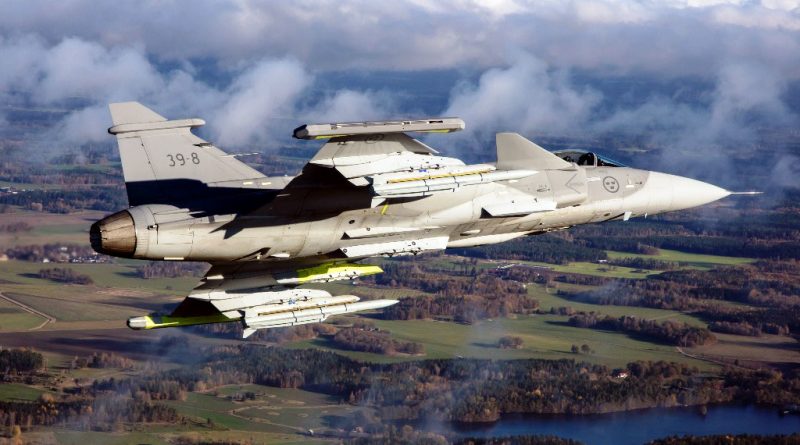 12 November 2018 – In October, Saab successfully completed a test flight by a Gripen E aircraft with the Meteor Beyond Visual Range Air-to-Air Missile (BVRAAM) for the first time.

The flight included two Meteor missiles and the Gripen E aircraft (designated 39-8) was operated from Saab’s airfield at Linköping, Sweden.

This test with Meteor is a part of the weapon integration progress in the Gripen E test programme and marks an important milestone in the agreement with the Swedish customer. The next step is to continue to fly with different configurations and gradually expand the flight envelope. Meteor is an active radar guided BVRAAM, superior to other missiles of its type, and capable of engaging air targets autonomously, day or night, in all weathers and in harsh electronic warfare environments. The missile’s ramjet propulsion system gives Meteor its high-speed performance and the energy to defeat fast, moving targets at very long range. Gripen C/D with the Swedish Air Force in 2016 was the world’s first fighter aircraft to be operational with the Meteor missile.

The Meteor programme is one of Europe’s most successful defence collaborations and sees the UK, France, Germany, Italy, Spain and Sweden joining together to create a game-changer for air combat. Saab is a partner in the Meteor programme in conjunction with Prime Contractor MBDA UK.