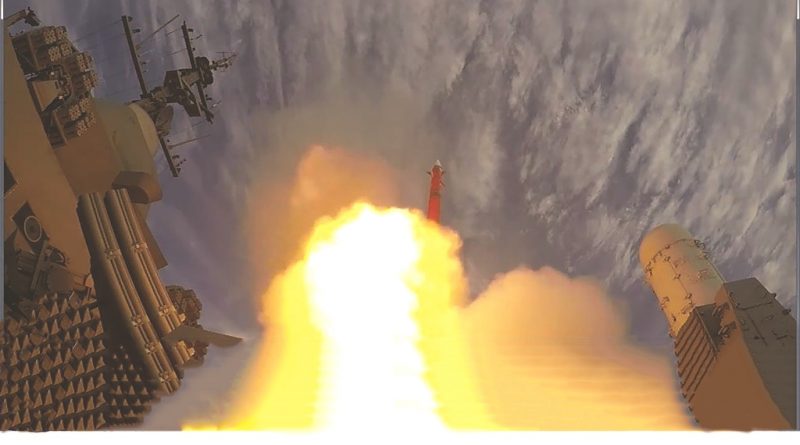 August 14, 2018- Israel Aerospace Industries (IAI) has entered an agreement to provide advanced defence systems to Israel Navy’s Sa’ar-6 corvettes. The systems will be used to protect Israel’s exclusive economic zone and strategic facilities which are faced with diversified threats in the marine arena. The contract was led by the navy, Directorate of Defence Research and Development (DDR&D) and the procurement administration in Israel’s Ministry of Defence. The Barak-8 system was chosen after it was demonstrated to meet the operational requirements and future challenges faced by the Navy.

Barak-8 is an operational air & missile defence system used by the Israeli navy as well as by the India’s navy and air forces. It provides broad Aerial and point defence against a wide range of threats to the marine arena from the air, the sea or the land. The system integrates several advanced state-of-the-art systems as, digital radar, command and control, launchers, interceptors with modern RF seekers, Data link and system-wide connectivity.

Joseph Weiss, IAI CEO & President, said, “Barak-8 is one of IAI’s leading systems and a growth engine for IAI in sales to its customers. The new deal adds to several Barak-8 contracts entered over the past few years with total value of more than $5 billion, which is another feather in the system’s glorious cap.”

Boaz Levi, Executive Vice President and General Manager of Systems, Missiles & Space Group, said, “The procurement of Barak-8 System for the Sa’ar-6 corvettes will expand the operational capabilities of the Israeli navy, including the defence of Israel’s territorial and exclusive economic zone . With land and naval modules, the system provides a complete response to a wide range of threats and is developed to work with other systems. Barak-8 is a proud member of the exclusive club that hosts Israel’s most successful global military developments.”

The Barak-8 was developed by IAI in collaboration with Israel’s DDR&D, India’s DRDO (Defence Research and Development Organization), the navies of both countries, RAFAEL, IAI’s ELTA Group and local industries in India.