While the MiG-29 Fulcrum As and Cs are withdrawn from service of the RuAF frontline units, the RuAF is still continuing to operate the MiG-29 for advanced flight training of its fighter pilots in two training centres. 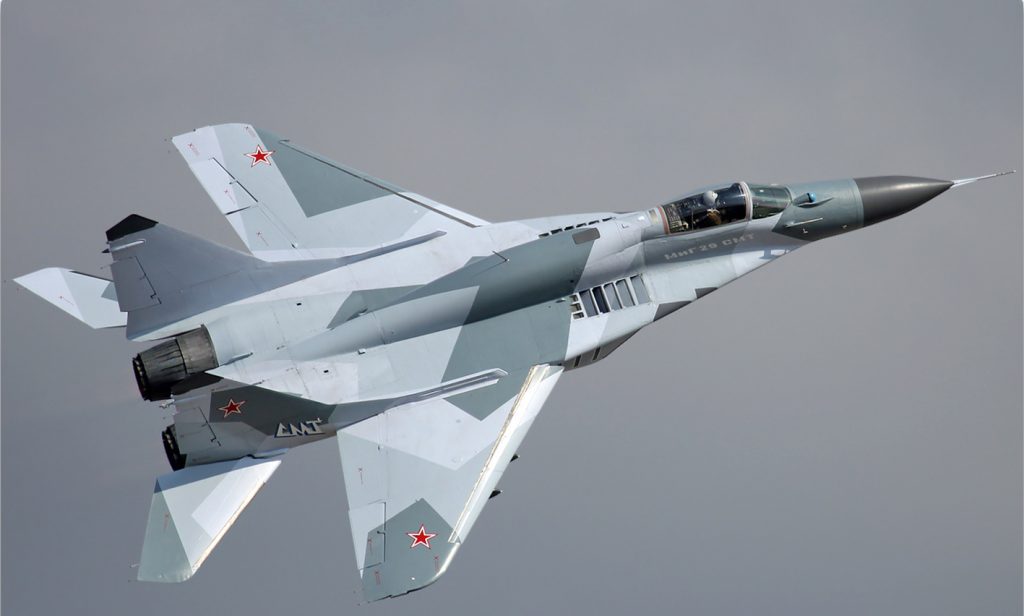 First is 116th Training Centre of Combat Applications (UTsBP) at Astrakhan, one of two units of 185th Centre of Combat Preparation and Combat Applications with a fleet of 42 MiG-29s with only 28 airworthy; and second unit is 200th Training Aviation Base (former 713th Training Aviation Regiment) at Armavir, which was part of the Russian Air Defense Force until 1998 (For training of the Air Defense Force fighter pilots). This unit has now a small fleet of fifteen MiG-29s comprising eight airworthy MiG-29UBs, and two more MiG-29UBs and three MiG-29Cs in storage.

The 116th UTsBP was operating seven MiG-29 9.12 and 9.12As until 2016 which together with several MiG-29Cs and MiG-29UBs were replaced by 14 MiG-29SMTs and two upgraded MiG-29UBs (Izdeliye 9-53R) in 2016. Most of the unit airworthy Fulcrum As which had still time on their airframes before their next overhauls were put in storage excepted one which found its way to 3624th AvB in Armenia while the rest were kept in storage. Also, an example with RF-92169 serial number and 19 BLUE bort number which had been last time overhauled at 275th ARZin 1996 was scrapped quickly after retirement. The 116th UTsBP is still operating six MiG-29UBs including two former Milerovo based examples which were transferred to Astrakhan in 2015. Also, six MiG-29 Izdeliye 9-13s (Fulcrum C) all overhauled at 275th Aircraft Repair Center within past five years are still in use for advanced weapon and air combat training in the unit.

Furthermore two abovementioned units, the Russian Air Force also is still operating MiG-29s in service of the 968th Research-Instructor Mixed Aviation Regiment (968th IISAP), 4th Center for Combat Employment and Retraining of Personnel at Lipetsk-2 airfield, Lipetsk Oblast. Traditionally, instructor and test pilots of the unit are not only training MiG-29 instructor pilots to serve in the 116th and 200th Training centers rather they have responsibility to develop methods and guidelines for use of MiG-29 in combat specially designing aerial manoeuvres for air combat since November 1983 when the first MiG-29 entered in service of the unit.

Before Soviet Union collapse, the 968th IISAP had 46 MiG-29s and four MiG-29UBs in service of its 1st, 2nd, 3rd and 4th Aviation Squadrons. Now the unit has only one Aviation Squadron equipped with only eight airworthy MiG-29s comprising four MiG-29UBs, one upgraded MiG-29UB (product 9-53) with 39 RED b/n and three MiG-29SMTs with 09, 20 and 21 RED bort numbers. Also in numerous cases, the 7000th AvB has deployed its MiG-29SMTs to be used by the regiment. The regiment also has five more MiG-29s which have still time on their airframes but need an overhaul. In the same airfield, also the 4020th Reserve Base is located which had 93 MiG-29s in its inventory in 2015 which are now reduced to 70. All ready to be scrapped.