Landing a helicopter with centimetric accuracy even in the worst visibility conditions has been for long the dream of all pilots; this is becoming true thanks to a start-up founded by two French students, Internest, based at Station F startup incubator. 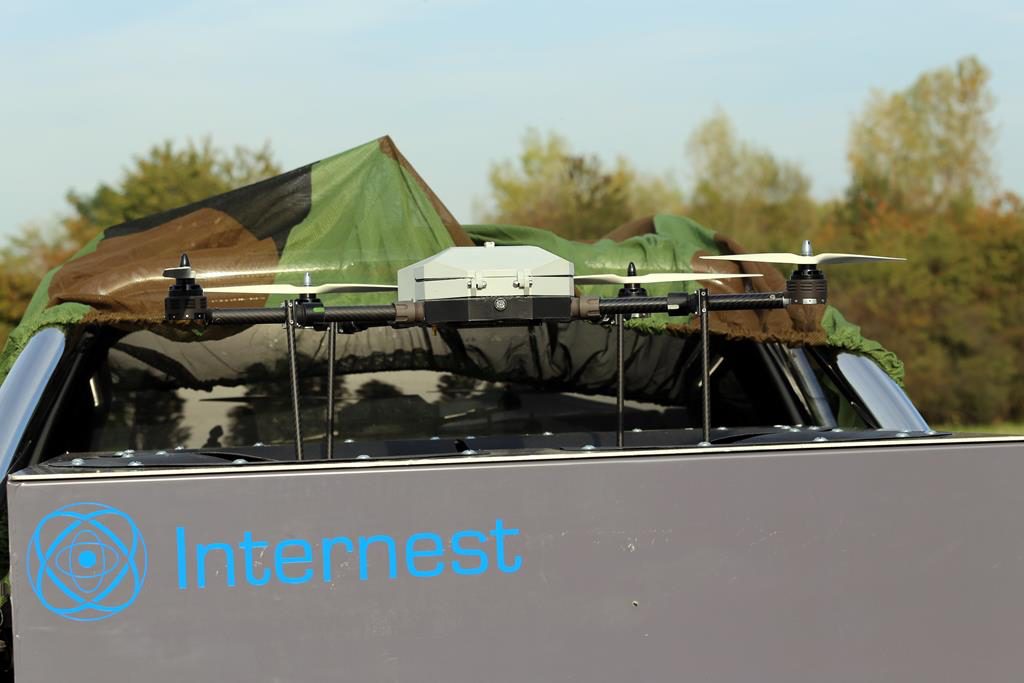 The system is based on ultrasound signals, and is totally free from GPS, infrared or clear vision systems. At Satory the system was mounted over a vehicle, installed in a box with a rubber top where the quadcopter was nesting its four landing legs with extreme accuracy. Known as LOLAS (Local Landing System), it is made of two ultrasound emitters in the drone and four in the landing base. Not only the system allows precise landing, it also ensure battery loading while the drone remains on the landing platform. Adaptable to any drone, the current system has a range of 30 meters, but Internest is working to increase it to 100 meters. A first industrialised version for civilian use is already on the market, the company looking with interest at the defence world, the system being able to facilitate landing on ship decks as well as in difficult conditions such as white-out and brown-out, thus not only ensuring drones landing but also helping piloted aircraft when the human being tends to lose its orientation.