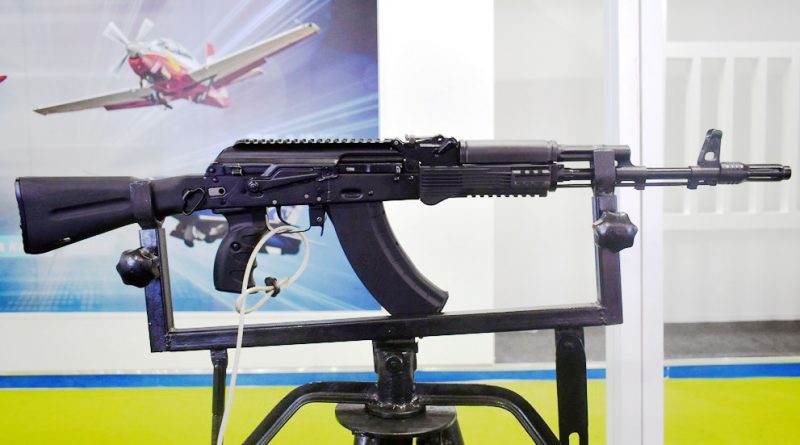 During the exhibition the IRRPL CEO, Major General S K Sengarh, told the media that the first rifle is planned to be produced “before the end of the year”. “The joint enterprise is planning to produce no less than 750,000 [AK-203] assault rifles within ten years,” said Sengarh. According to him, the level of production localisation will reach 100%. “All the branches of the Indian military will carry the AK-203,” noted the official. Compared to the baseline AK-203, which made his debut at the Army 2018 defence show held in Kubinka near Moscow, the modified assault rifle has a less sophisticated folding polymer buttstock (the original one is not only folding, but telescopic also), an upper handguard with no Picatinny rails for sights and scopes, safety lever/firing mode selector with no trigger finger rest cheek, and a plastic 30-round magazine with no clear windows. At the same time, a slotted muzzle break, ergonomic pistol grip with an integral container, and lower handguard with a Picatinny rail for bipods and other weapon accessories have been retained. The Kalashnikov AK-203 is chambered for 7.62×39 cartridge. 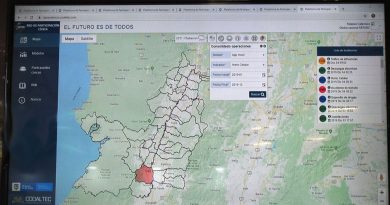 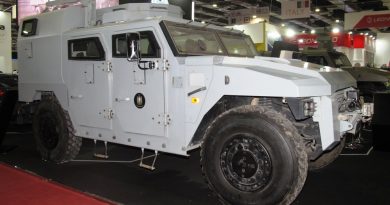 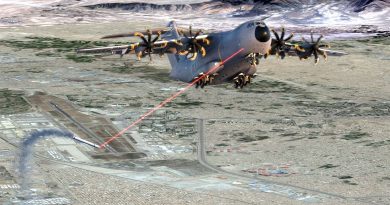