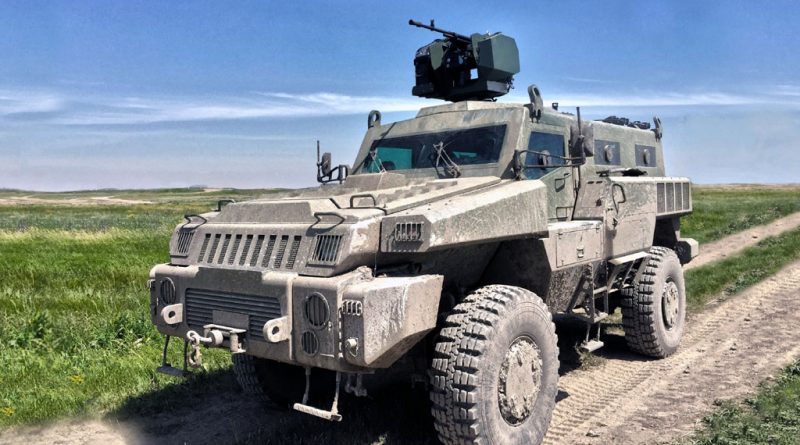 Nursultan, Kazakhstan, 20 May 2020 – Kazakhstan Paramount Engineering (KPE), a joint venture between the global aerospace and technology business Paramount Group and Kazakhstan partners, has signed an agreement with the Ministry of Industry and Infrastructural Development of the Republic of Kazakhstan to supply the Eurasian nation’s Ministry of Defence with a new batch of 4×4 Arlan armoured vehicles to be delivered in 2021. ­

The Armed Forces of Kazakhstan has been operating the Arlan for more than three years, with multiple deliveries to the Kazakh Ministry of Defence and law enforcement agencies since August 2016. The in-country-produced, rugged and robust Arlan, the winterized variant of Paramount Group’s “Marauder”, is a mine-resistant armoured platform (MRAP) designed to operate in extreme environments to meet the wide array of mission requirements undertaken by Kazakhstan’s armed forces, such as quick reaction force operations, infantry fire support or long-range border patrol.

The Arlan armoured vehicles are all locally manufactured (up to 70% local content) at the 15,000m2 KPE armoured vehicle production facility in Nursultan, one of the largest and most modern armoured vehicle factories in the region. The facilities, operated by over two-hundred Kazakhstani employees, serve today as a domestic base for the provision of modern equipment to Kazakhstan’s Special Operations Forces and its Ministry of Defense, with the capacity to produce more than two hundred armoured vehicles per year.

John Craig, Executive Chairman of Paramount Land Systems Group, stated, “The Coronavirus pandemic has highlighted the importance of security of supply during a global emergency. Now more than ever Governments are looking at the indigenisation of industrial capabilities in a bid to reduce exposure to global market volatility and uncertainty. The portable manufacturing model that we have pioneered is designed for the creation of local manufacturing capabilities, anywhere in the world. This model has thrived in Kazakhstan, where we have established a localised hub for indigenous, high-tech manufacturing and high-skills training that has enhanced job creation while supporting the defence capabilities of the nation for future decades”.

The armoured vehicles, which have been supplied to Kazakhstan’s Ministry of Defence, are exemplified by their unique, clean-sheet design and high ballistic protection, yet also by their dynamic mobility (reaching speeds of up to 120km per hour, while traveling up to a distance of 700km) and adaptability to the diverse conditions of Kazakhstan and the greater Commonwealth of Independent States (CIS).

Craig added: “Our Team at Kazakhstan Paramount Engineering (KPE) is continuing their steadfast and rapid production of advanced land systems technologies that excel in the extreme conditions and complex requirements of the region. Having been in operation with the Kazakh Armed Forces for more than three years, the Arlan has been tried and tested, and proven for its outstanding protection, ruggedness and mobility.”

Despite the Arlan’s advanced protection, the ability to carry extra fuel tanks, water and additional combat supplies, while offering up to a 4,500kg payload, the vehicle can ford at 1.2m while also being capable of climbing grades of 60% and side slopes of 35%.

The vehicle is further equipped with chemical, biological and radiation (CBR) protection which can address the challenges of radiation dust spread, gas and/or biological attacks, along with filter–ventilation equipment, capable of purifying the air inside its cabin for several hours. 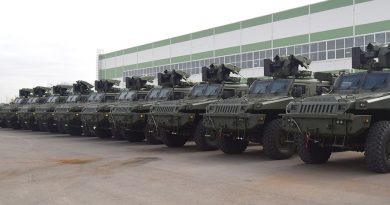 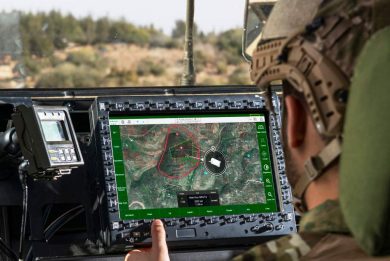 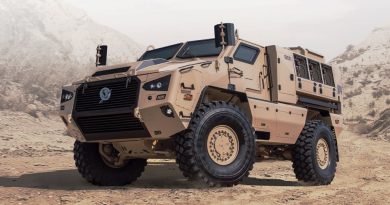