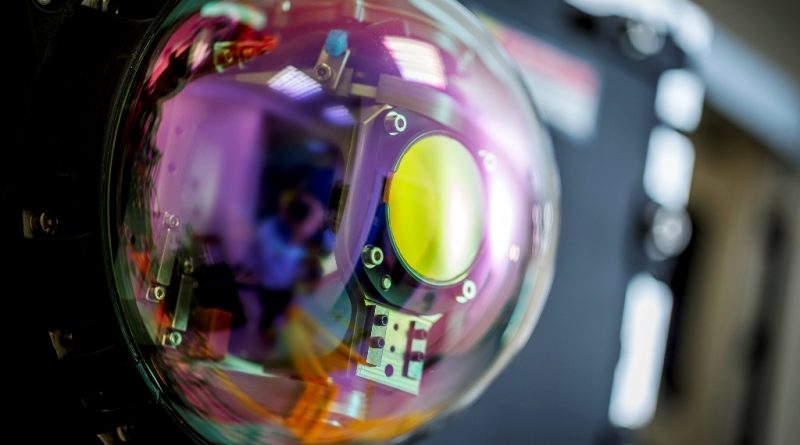 London, 9 October 2018 – Leonardo and Thales have announced that their end-to-end missile warning and protection system has been proven highly effective in live-fire scenarios, demonstrating the system’s ability to very quickly defend against incoming missiles. The integrated system was demonstrated as part of the SALT (Surface-to-Air Launch Trial) hosted by the Swedish Defence Materiel Administration (FMV) in Sweden. The UK Ministry of Defence (MoD)’s Defence Science and Technology Laboratory (Dstl) sponsored Leonardo and Thales to take part in the trial, while both companies invested in the integration of the system.

During the live-fire exercises, when an Infra-Red (IR) missile was fired at a ground target protected by the Leonardo-Thales system, the Elix-IR system detected, tracked, classified and declared the missile as a threat and rapidly passed an alert over to the Miysis system. Miysis then tracked the incoming threat and accurately directed a jamming laser onto the missile’s seeker. Miysis used a DSTL developed jamming waveform to confuse the missile’s guidance system, steering the missile away from the target. As well as proving the system’s basic capability, the Leonardo and Thales team demonstrated how they have optimised the threat-warning/threat-defeat chain to thwart incoming missiles as quickly as possible.

The integrated protection system is able to protect both military and civil platforms, ranging from small helicopters to large tactical transports/VIP platforms. While Thales and Leonardo will continue to market their systems individually, they will also work closely together to offer the integrated protection capability around the world when it is considered the best solution for customer requirements. This successful trial against live MANPADS missiles follows earlier individually-effective demos of both Miysis and Elix-IR. At a previous SALT event the Miysis DIRCM successfully acquired and accurately tracked 100% of all live Man-Portable Air Defence Systems (MANPADS) missiles fired. Thales’s Elix-IR was successfully demonstrated in flight trials at the UK Pendine Ranges and on static trials, detecting all threats presented, including some that had challenged previous hostile fire indicator systems. Leonardo’s DAS controller technology is also well-proven and is already at the heart of defensive aids suites on-board multiple UK platforms including the British Army’s new Apache AH Mk2 helicopters.