With the deliberate versus dynamic targets shifting heavily towards the latter MBDA, the European missile company, considered developing a family of guided weapons capable to increase the number of targets that can be dealt with by a single air platform. Known as SmartGlider Light, this family of weapons is 2 meters long, weighs around 120 kg, and can be fitted with different guidance systems. The basic version is fitted with a GNSS and a laser sensor, the latter being also used as a proximeter when the weapon is o be used in the airburst mode, instant and delayed mode being also available. 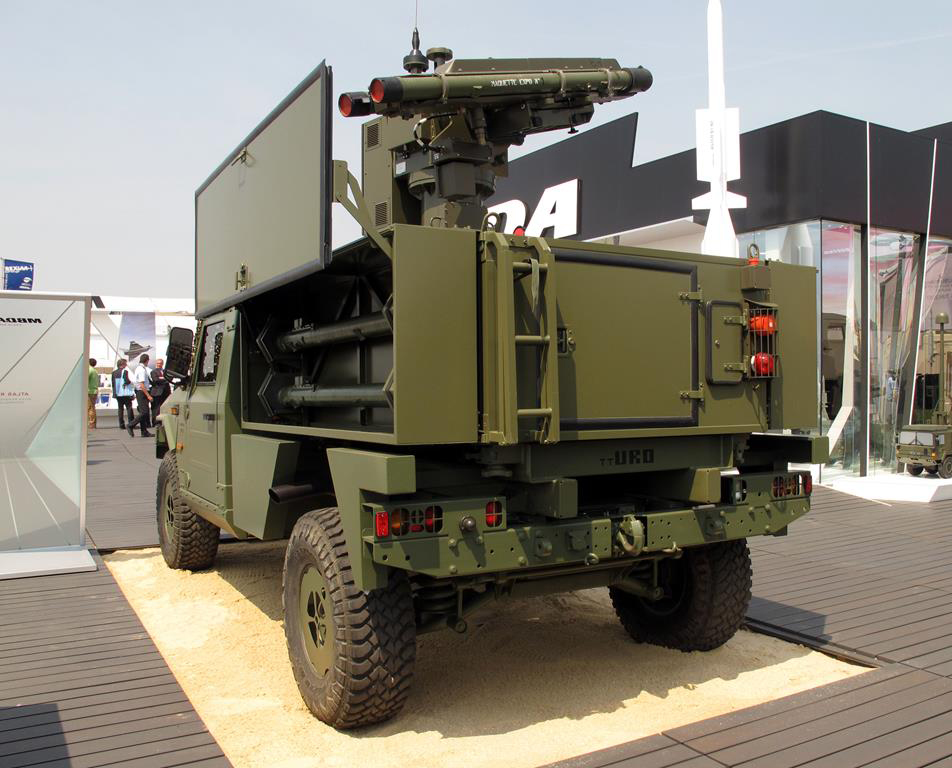 The Mistral Atlas-RC turret installed on a Spanish Vamtac; the rear element contains all the subsystems
and can easily be installed on the vehicle.(photo P. Valpolini)

The warhead is a scaled down version of that developed for MBDA’s Bang new generation multipurpose insensitive bombs, and is optimized to defeat a wide variety of targets from soft and semi-hardened to hardened targets thanks to its calibrated fragmentation and blast, plus a high level penetration capability within a great impact angle range. It weighs around 80 kg and is fitted in the middle of the SmartGlider Light, occupying around two thirds of its length. The danger zone of the MBDA new weapon is comparable to that of an SDB, cost also being comparable, but should a customer require scalable effect the company would be capable to answer that need exploiting the technologies developed by its TDW subsidiary. Three apertures are visible in the SmartGlider Light nose, one being that of the laser, the other two being for the IR sensor and for the LLTV sensor, the sensor suite depending on the mission envisaged by the customer, a data link being also available as option. MBDA closely studied and optimized the aerodynamic design, which allows to have a 100 km range releasing the SmartGlider Light at around 40,000 ft. A Hexabomb Smart Launcher (HSL) was also developed to allow a fighter aircraft to carry 12 such weapons under wing pylons, the load raising to 18 should a centre-line pylon be used. Designed to counter new networked short- and medium-range surface-to-air threats, as well as moving/relocatable targets or hardened fixed targets, the SmartGlider Light will be available to fast jets before 2025; some features might be modified in the final version, the cruciform tail being one of them. To deal with large and hardened infrastructure MBDA is developing a SmartGlider Heavy with a 1,000 kg warhead and an overall weight of 1,300 kg.

MBDA developed for an undisclosed customer a distributed netcentric command and control system
capable to exploit synergies of the different sensors and effectors. (photo MBDA)

Coming to GBAD MBDA unveiled its (Network-Centric Engagement Solutions) that allows to optimise resources to obtain a greater defensive effectiveness while also optimising air traffic solutions. Compared to hierarchical architectures, NCES destructurates existing batteries, splitting them in their components that are integrated in the network, allowing maximum flexibility and effectiveness. This said the NCES is also able to integrate existing structured GBAD elements. Redundancy is another key advantage: should a command and control centre be lost, sensor and effectors are dynamically taken over by another command centre. The NCES is currently undergoing integration tests with a view to delivery to an undisclosed military customer in the near future. 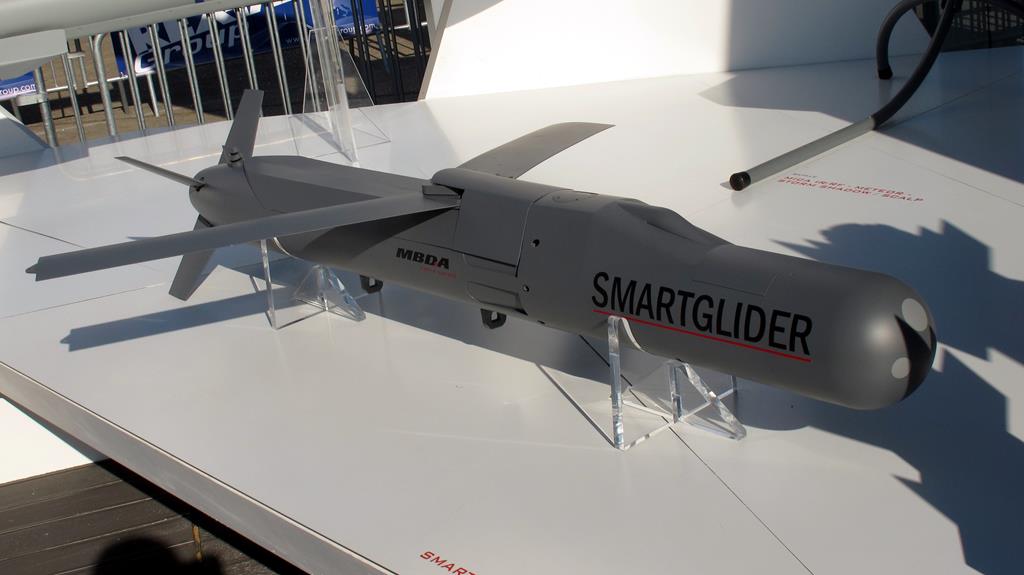 The SmartGlider is a new air-to-ground weapon under development at MBDA,
capable of providing flexibility to fixed wing platforms engaged in CAS missions. (photo P. Valpolini)

A new Mistral launcher was unveiled in mid-March 2017 at Homsec in Madrid, Spain, however at Le Bourget the system was fully functional, mounted on a URO VAMTAC ST5 light 4×4 vehicle. Known as Atlas RC (Remotely Controlled) the turret is able to carry two Mistral missiles, of the latest Mistral 3 version, two of which can be also carried in each of the side containers fitted to the vehicle. These also included the interface and the power unit, the operating console being available to the commander on the right side of the vehicle. The motorised turret, which weighs 260 kg with the missiles, can be trained on 360°, has an elevation of –10°/+55°, is fitted with a thermal imager, and allows the crew to carry on engagements under protection, the command and control console being able to operate either in stand-alone mode or as part of a wider network. The vehicle fitted with the Mistral Atlas-RC is air transportable by A400M and C130. Developed and produced by MBDA Spain, the first customers should be Spain and a Middle East country.