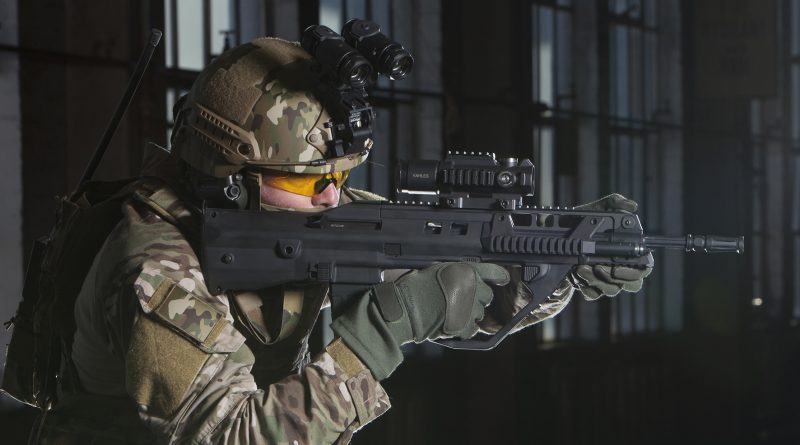 At DSEI 2017, Thales introduces a new generation ambidextrous and NATO interoperable military assault rifle, the F90MBR – Modular Bullpup Rifle, suited to support the modern integrated soldier. The F90MBR is the new generation of the F90 Assault Rifle, currently in service with the Australian Defence Force.

The F90MBR is completely interoperable with NATO weapons. 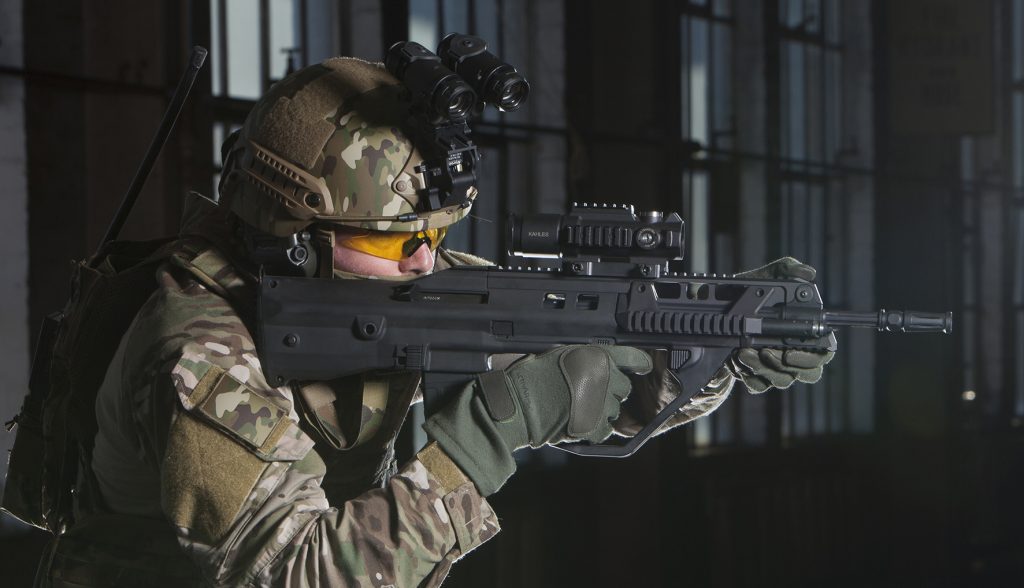 The F90MBR is one of the lightest assault rifles on the market at 3.25 kg, and is fitted with ambidextrous controls to enable fast reaction times and rapid target engagement. Features include availability in multiple barrel lengths, fully-ambidextrous forward bolt and magazine release controls, and a ‘drop free’ magazine release function to facilitate even faster magazine changes, regardless of the hand- dominance of the firer. The F90MBR safely accommodates off- handed shooting techniques through the use of a case deflector, and can be easily modified by the operator without tools to a dedicated left or right handed ejecting weapon.

The weapon’s open architecture incorporates a NATO tri-rail system and magazine compatibility to ensure interoperability with existing NATO weapons. It is able to be packaged with multiple barrels, and compatible optics, accessories and ancillaries with Grab Case, allowing an operator to quickly transition between different tactical employments of the weapon system.

‘Over The Beach’ capability means it is well suited for use by amphibious forces. Soldiers can swim with the weapon, and fire immediately after emerging from the water.

The F90, and now the F90MBR, set the benchmark for accuracy and reliability in small arms to support soldiers in operations.

Building on over 100 years of extensive experience and expertise in small arms manufacture, the F90MBR is evolved from the battle- proven F90 weapon, delivering ergonomic, modularity and interoperability enhancements, while retaining the same high levels of accuracy and reliability as the F90.

Both the F90 and F90MBR enable the soldier to reach up to 600m accurately and with ease. Proven world class reliability ensures a war fighter can have absolute confidence in his weapon in the most demanding environmental conditions, whether that be the sands of the desert, the humidity of the jungle or in extreme cold.