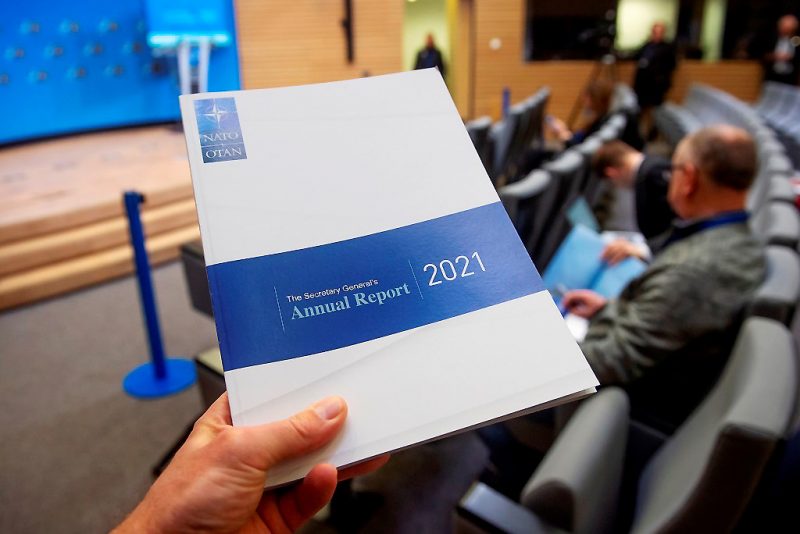 31 Mar. 2022 – NATO Secretary General Jens Stoltenberg launched his annual report for 2021 on Thursday (31 March 2022), which covers all aspects of the work of the Alliance over the past year. On Ukraine, Mr Stoltenberg said NATO had repeatedly warned that Russia was poised to launch a full-fledged invasion of Ukraine: “We prepared for the worst but worked hard for the best. We made every effort to engage Russia in dialogue but Moscow consistently turned us down and ultimately decided to cut diplomatic ties. Last fall, we also took action to heighten the readiness of our forces, deploy more troops to the eastern part of our Alliance and stepped up our support to Ukraine.” The Secretary General explained that NATO’s long-term support to Ukraine had meant that the Ukrainian forces are now bigger, better-equipped, better-trained, and better-led than ever before.  He said that Russia is now trying to regroup, resupply and reinforce its offensive in the Donbas region. Mr Stoltenberg said: “Russia must end this senseless war. Withdraw all its troops. And engage in talks in good faith.” Mr Stoltenberg said that years of work by NATO to strengthen the Alliance meant that NATO had responded quickly and decisively to defend and protect all Allies. He recalled that in 2021, NATO’s two newest joint headquarters became fully operational and that Allied forces remained ready and vigilant, with missions and deployments from the Baltic region to Iraq.
On last year’s withdrawal of the Resolute Support Mission from Afghanistan, the Secretary General noted that Allies managed to evacuate more than 120,000 people over the course of three weeks and that around 2,000 Afghans who had worked for NATO have now been resettled in Allied countries. He said: “The lessons we have learned from Afghanistan will shape the Alliance’s response to crises in the future.”
The Secretary General observed that 2021 was the seventh consecutive year of rising defence spending across European Allies and Canada, amounting to a 3.1% rise in real terms and a total of $270 billion extra since 2014. Allies have recently made announcements of significant increases and procurement of cutting-edge capabilities. Mr Stoltenberg said that at the extraordinary NATO Summit last week: “Allies agreed that we must redouble our efforts to invest more, and more quickly, in our defence.” 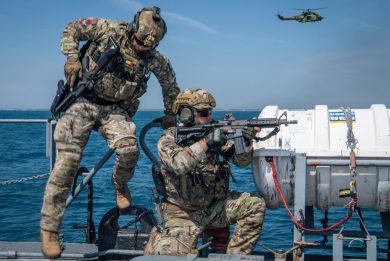 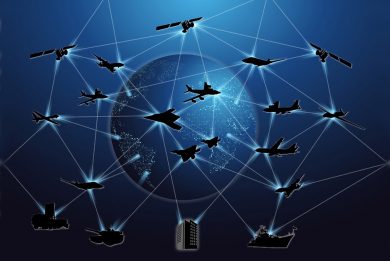 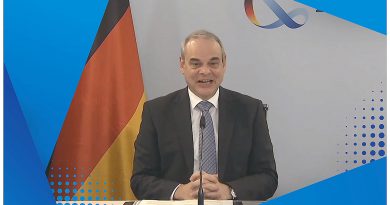