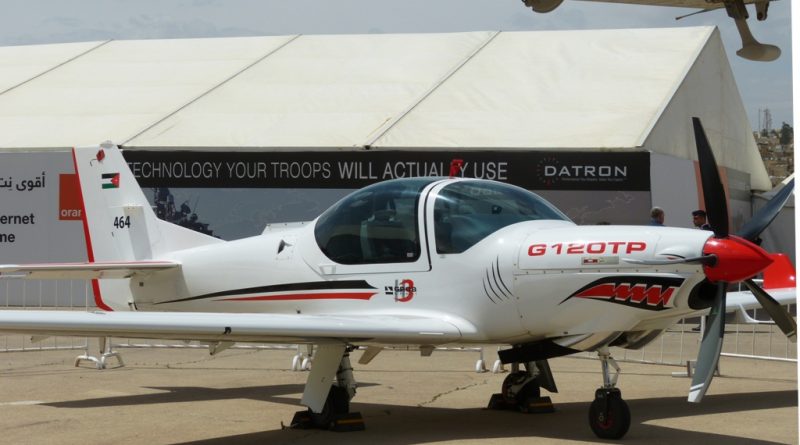 On display at SOFEX were examples of two new European training aircraft that are replacing three types of RJAF trainers at its Air Training College. 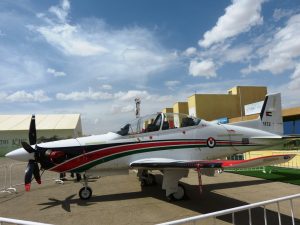 The RJAF planned to order the Pilatus PC-9M turboprop trainer in 2015 to replace its fleets of 10 thirty-year old CASA C-101CC Aviojet and 13 former UAE Air Force Hawk Mk.63 advanced trainers but changed the order in 2016 to 10 Pilatus PC-21s to serve with No 11 Squadron, a type also being delivered to Qatar, Saudi Arabia and the UAE.

Powered by a 1,600 shp (1,193 kW) Pratt & Whitney Canada PT6A-68B turboprop with a digital power management system, the PC-21 is fitted with Martin-Baker Mk 16L zero-zero ejection seats. Optimised for advanced pilot and weapons training, the PC-21’s glass cockpit feature three MFD displays, a CMC Electronic HUD and the displays are NVG-compatible. The avionics are able to simulate aiming and release of multiple weapons in excess of the aircraft’s actual carrying capability, without resorting to the use of training rounds.

These two state-of-the-art turboprop trainers will provide an ideal cost effective introduction to operational air combat training on RJAF F-16 combat aircraft in the future which is carried out on two-seat F-14Bs at the Muwaffaq Salti Air Base at Azraq under a Lockheed Martin contract.