A new entry in the world of loitering munitions comes from Elbit Systems of Israel, which in Paris unveiled its Sky-Striker, developed exploiting the experience acquired in the mini-UAS field such as in the Skylark family, the Skylark 3 having recently being ordered by the IDF to be used at division level, the system having already bagged some undisclosed international customers, first batches being delivered now. With an MTOW of around 40 kg, a 5 or 10 kg warhead, with respective endurance of two or one hours, and a 40 km range, the Sky-Stryker sets a category on its own, similar systems being either much smaller or bigger. 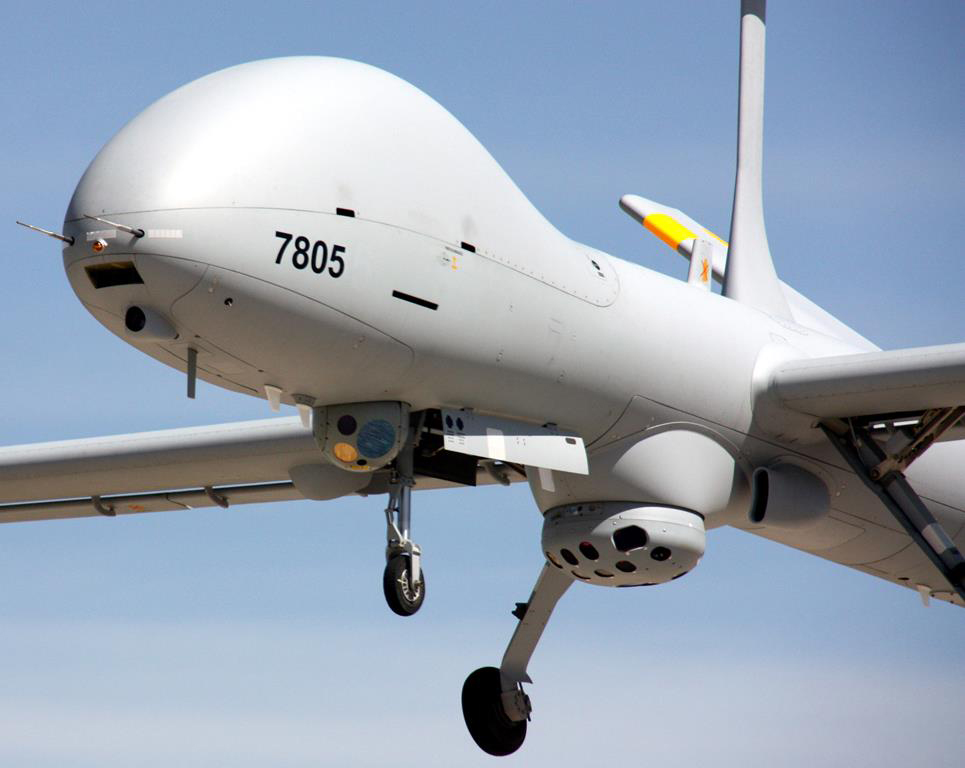 Although unveiled at Le Bourget 2017, the SkEye has been flying for some time on Brazilian Hermes 900 UASs. (photo Elbit Systems) 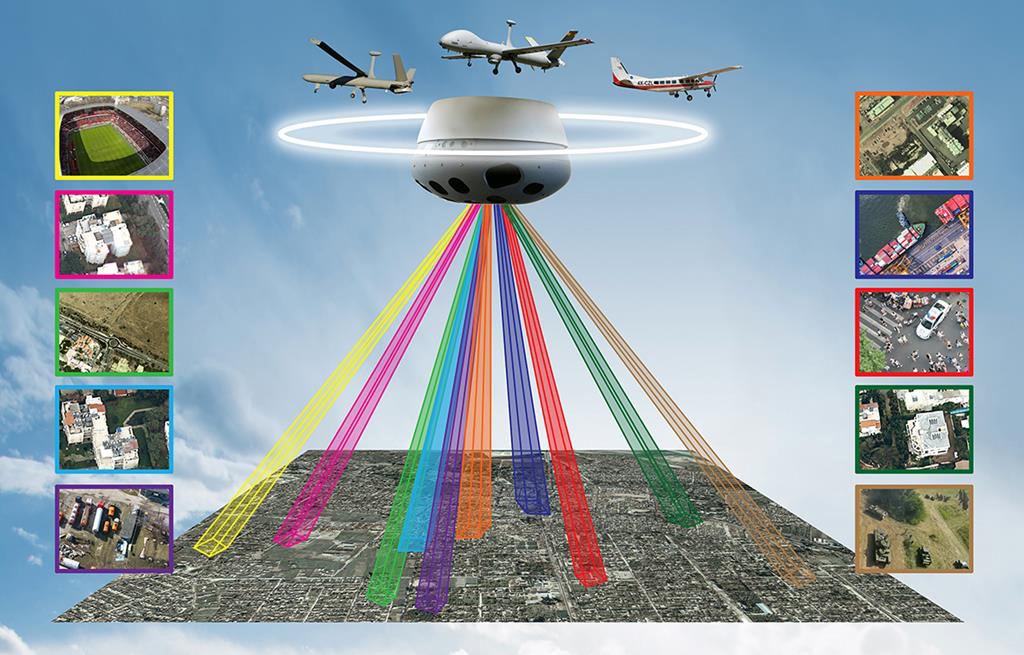 Elbit’s SkEye can download in real time the scenes from ten different selected locations,
the whole picture being recorded on board for post-flight analysis. (image Elbit Systems)

The warhead is based on a single hollow charge and fragments, the fuse allowing to control the delay. Aerodynamic is quite different from that of the Skylark, as the Sky-Striker needs to loiter very slow and to dive very fast, however components such as the data link and the catapult remain the same; the current version has a low wing, however new production batches will have a mid wing, which is considered better for manoeuvrability. Powered by an electric motor linked to a rear pushing propeller, the Sky-Stryker is inaudible at 100 metres distance allowing surprise high accurate attacks. When in flight the system is a UAS under all aspects, as its warhead is not armed; when the munition is getting ready for the attack the operator switches to armed, however this only means that the Sky-Stryker is ready to be armed. This only happens when the aircraft dives reaching a certain speed and attitude, figures remain classified; only then it is to be considered as an explosive device. This allows recovery in case of aborted mission or if endurance obliges the operator to bring the Sky-Stryker back to the take-off area or to another one; a visual indication shows the recovery team if the system is armed or not, allowing it to treat the system in the most appropriate way. 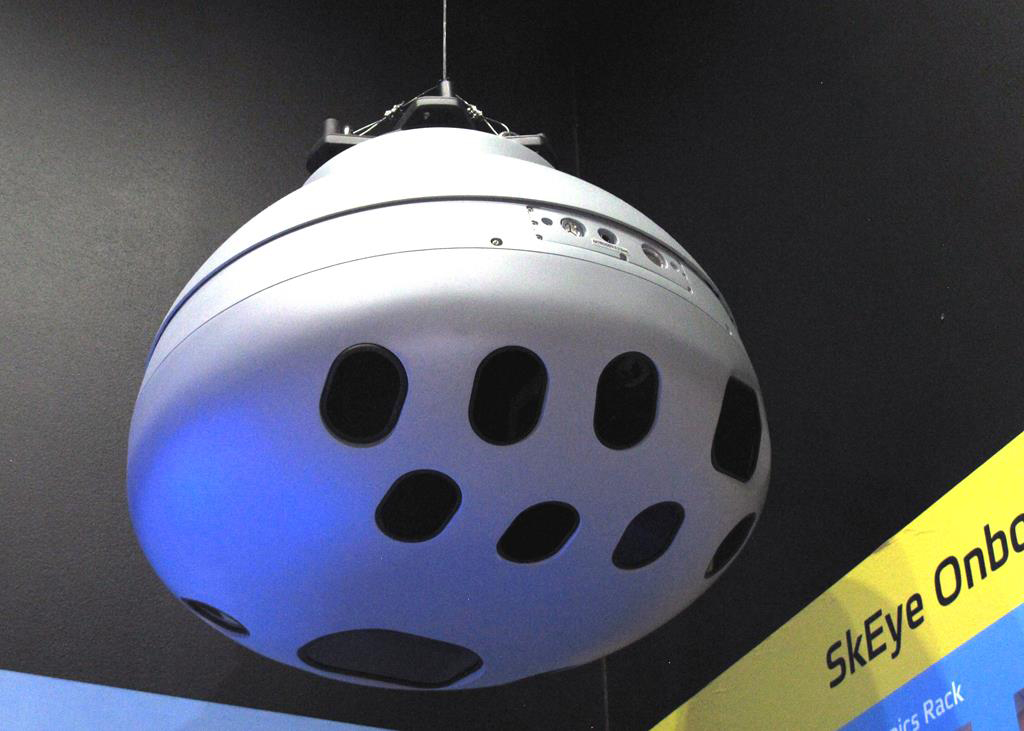 The SkEye sensor exhibited to the public for the first time at the Elbit stand in Paris. (photo P. Valpolini) 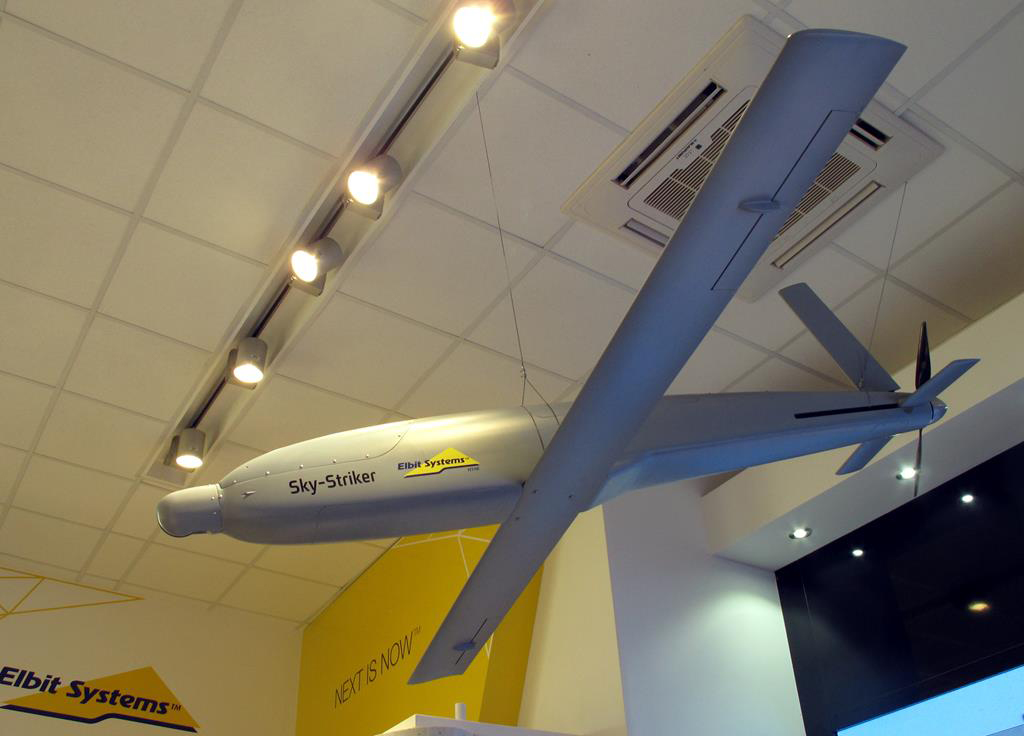 Another first from Elbit was the SkEye, a wide area persistent video surveillance system with applications in homeland security, military and disaster relief operations. The SkEye has a mosaic sensor of over one billion pixel and is capable to cover an 80 km2 area from a 25-30,000 ft height. The system is made of the sensor, which is air cooled, of on-board computers and memory elements, capable to store the enormous amount of data recorder. The SkEye can monitor and observe independently up to 10 areas of interest and feed the images to the ground station via a powerful data link, however as all information are stored it is possible to go back in time to analyse the whole scene. Overall the system weighs around 100 kg, and can be installed on big UAS, such as the company Heron 450 and 900 as well as on a Twin Otter DHC-6 aircraft, or other slow speed platforms. Elbit provided this sensor to several customers, the only know one being Brazil which announced the installation of that sensor in March 2014, describing it as “a system that includes 10 high-resolution cameras” aimed at surveillance duties during major events, such as the Soccer World Cup and the Olympic Games.