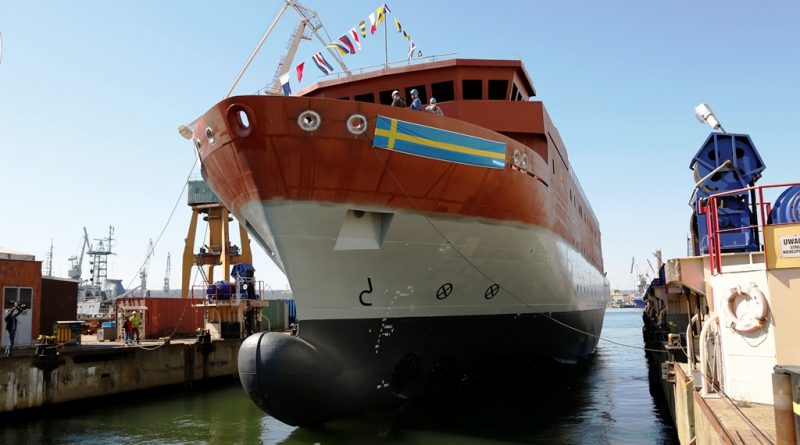 17 April 2019 – Nauta Shiprepair Yard has completed the next milestone in the construction of the Swedish SIGINT ship for the Royal Swedish Navy.

Outfitting and equipment installation will take place in Nauta Shiprepair Yard, after which the vessel will undergo harbour and sea trials. The ship will then sail to Saab’s shipyard in Karlskrona to complete outfitting of special systems.

The launching ceremony took place in PGZ Stocznia Wojenna in Gdynia on April 17 and was attended by representatives of the Polish government, the Polish Armaments Group (PGZ) and Saab, as well as representatives of the Royal Swedish Navy, the Swedish Defence Materiel Administration (FMV), Swedish National Defence Radio Establishment (FRA), the Embassy of Sweden and invited guests.

The first steel cutting took place in March 2018 followed by the keel-laying only three months later. The new ship is 74 metres long with displacement of 2,200 tonnes.

“We are delighted to achieve a significant milestone within the contract for the construction of a signals intelligence ship, which will serve the Royal Swedish Navy”, said Gunnar Wieslander, Senior Vice President, Head of Saab Business Area Kockums.

“The launch of the signal intelligence ship is a significant event in the construction process. The vessel is a showcase of the high quality and technical capabilities of the shipyard and our partners”, said Adam Potrykus, acting President of the Board of Nauta Shiprepair Yard S.A.

Saab was awarded the contract to design and build the SIGINT ship, which will replace the Swedish Navy’s existing HMS Orion, by the Swedish Material Defence Administration (FMV) in 2017. Subsequently Saab selected Nauta Shiprepair Yard, part of PGZ Group, to construct, launch and perform the sea trials of the ship.

The cooperation in ship construction between Saab and Nauta Shiprepair Yard is a direct result of the agreement, signed in late 2016, to establish a close partnership between Saab and PGZ in the planning and delivery of naval programmes.

The Swedish Rear Admiral, Jens Nykvist, earlier today announced that the new SIGINT ship will be given the name HMS Artemis. 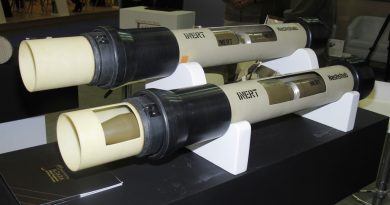 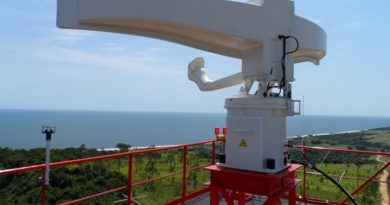 By EDR On-Line Editorial Staff 30 May 2020 – In a letter sent to Josep Borrell, the High Representative of