ONERA is the French aeronautics, space and defense research laboratory, and a multi-disciplinary organization with experimental means unique in Europe.  ONERA brings expertise to government programmes, both institutional and industrial. Research at ONERA meets the major challenges of the aerospace and defense industries and is the only organisation in France gathering all the knowledge and skills in these areas.

The Racer high-speed rotorcraft demonstrator revealed by Airbus Helicopters at Le Bourget contains ONERA’s DNA. Since July 2015, ONERA has been a partner of Airbus Helicopters in improving the aerodynamic performance and noise reduction of the successor demonstrator of its X3 twin-engine high-speed compound helicopter demonstrator. ONERA’s contributions are to be found in the Racer’s propellers, or lateral rotors, for which ONERA participated in their design and optimization for the various flight phases of the rotorcraft, enabling a significant gain in consumption, both in hover and cruise flight conditions, while ensuring significant noise reduction (of the order of 3 dBA) compared to the design of the preliminary design phase.

ONERA also contributed to the design choices and aerodynamic optimisation of the rear parts and in particular the vertical-tail planes and their “X” shape. Finally, ONERA has carried out acoustic analyses of the demonstrator in a wide range of flight conditions that will be used to identify the least noisy procedures.

Architecture and performance analyses concerning the Anglo/French Future Combat Air System (FCAS) is also being carried out by ONERA together with France’s Direction générale de l’armement (DGA). The aim is to estimate, using the technical operational simulator BLADE, a software platform conceived through an internal project financed by ONERA, the strengths and weaknesses of a drone and its concept of use as a complement for other platforms including armed manned aircraft, cruise missile, etc. for carrying out various missions in a non-permissive environment. 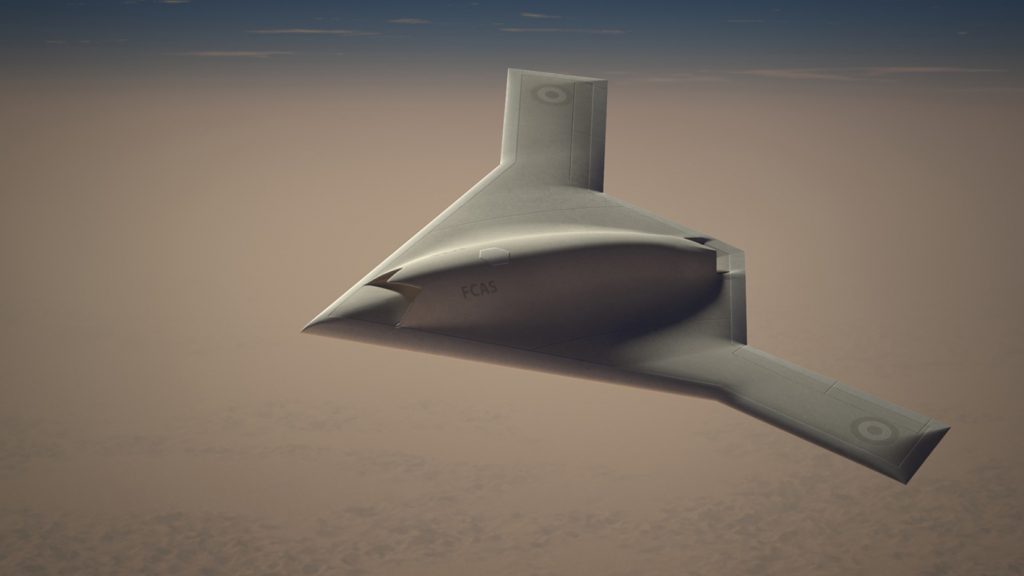 BLADE is ONERA’s simulation laboratory. It is a generic IT infrastructure that allows the study of emerging issues by simply assembling or adding models of aircraft, drones, satellites, weapon systems, C2 centres, environment, sensors, etc. Its interactivity and its ability to graphically define complex scenarios make it possible to simulate systems of systems with maximum efficiency.

Also showcased at Le Bourget was the ONER Avion à Motorisation réPartie Électrique de Recherche Expérimentale (AMPERE), a distributed electric propulsion regional aircraft demonstrator for transporting between four and six people over 500 km in two hours. Xavier Lansel, ONERA’s Aeronautics Key Account Manager told EDR that one of the challenges is to achieve optimal propulsion performance while generating as little drag as possible. Distributed electric propulsion leads to rethinking aircraft design in order to obtain both aerodynamic and flight control benefits. The primary objective of the AMPERE project is to bring the distributed electric propulsion technology to maturity. ONERA seeks to explore innovative solutions in order to provide validated and integratable technologies to industry.

Lansel explained that the advantages of distributed electric propulsion include the reduction of energy losses due to friction, due to boundary layer ingestion by means of the 32 fans located on the wing upper surface. This enables taking off and landing over short distances, using engines with a wing blowing effect, which increases lift at low speeds, while engine participation in the steering of the aircraft with a differential thrust resulting in a movement or stabilisation of the aircraft. There is no discharge of pollutants during the operating phase and there is improved flight safety by pooling functions using engines with a wing blowing effect. Aerodynamic performance prediction calculations on a 1/5th scale wind tunnel model powered by 32 fans have been validated in the ONERA L2 wind tunnel in Lille.