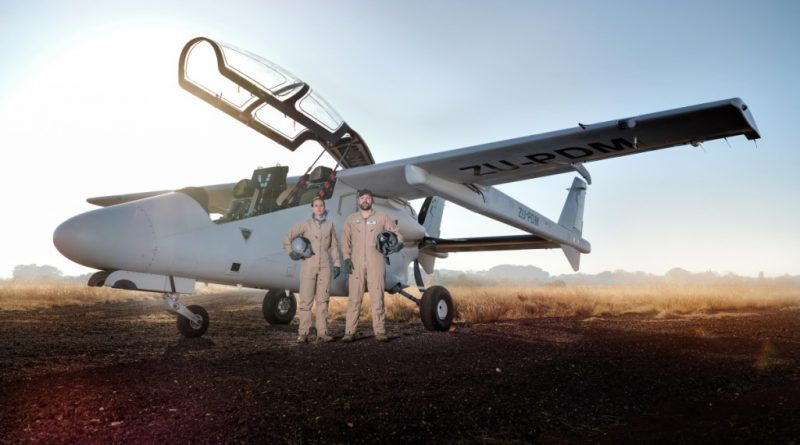 As the Business Rescue Plans have now been adopted, the newly formed Paramount Aerospace Industries will bring new management with a wealth of aerospace engineering and aviation industry experience to the programme. The state-of-the-art factory at Wonderboom Airport has been operational for several months under Paramount’s stewardship, with manufacturing being ramped up to ensure the timeous delivery of aircraft to customers around the world. Approximately 85% of the original staff of ADC have been retained.

Paramount has provided and facilitated significant capital as part of these business rescue processes in the form of both post commencement funding, working capital, capital investment and the assumption of liabilities and loan repayments, in accordance with the provisions of the respective plans. Further capital will be injected into the business over the coming months to support both marketing initiatives and manufacturing.

Alison Crooks, CEO of Paramount Industrial Holdings stated: “This is great news for the future of the aircraft, for Paramount, for the South African Aerospace industry, as well as for the global aircraft market. Paramount’s decision, more than a decade ago, to fund the development of the AHRLAC aircraft was a matter of national pride and came at a time when the local aerospace industry was searching for a project that would invigorate the sector. Our passion for the country and for innovation is reflected in the direct investment of almost R1 Billion into the project. We are grateful that this strategic programme is now secured and that we can focus on a brighter future. We are delighted to have retained most of the employees who worked on the AHRLAC programme for years and to have created employment for many capable people through our efforts.”

The aircraft addresses a key global security requirement by performing missions that previously required several different aircraft. It integrates designs from helicopters, surveillance platforms and reconnaissance aircraft, with the ability to carry multiple systems, such as surveillance radar and electronic systems.

Crooks added: “We are very excited about our new management team, made up of leading experts in aircraft engineering, industrialisation and production, who are focusing on the manufacturing of the aircraft and its delivery to customers. We have been encouraged by the global interest in the aircraft and we look forward to making further new customer announcements in the near future. We would like to thank all of our employees who have stood by us and have demonstrated that the resilience, innovative spirit and can-do mentality of South Africans is as strong as ever.”

The aircraft is a smart, innovative ‘command centre in the sky’ that integrates some of the world’s most advanced Multi-Function-Displays, Electro Optical Systems, Electronic Intelligence gathering and compact sensors available in the world today. AHRLAC is purpose-built to be infinitely reconfigurable. This allows the application of the aircraft in multiple roles and missions in response to diverse customer requirements around the world.

The AHRLAC aircraft will be manufactured in South Africa at the state-of-the-art factory on the Paramount Aerospace Campus in Wonderboom, north of Pretoria. This facility is a vertically integrated operation that uses latest-generation machines to fabricate all airframe components and sub-systems directly from a digital model. All fabricated components are brought together with the engine and avionics on the final assembly line which produces an aircraft ready for flight.

In keeping with Paramount Group’s well-established portable production model, the aircraft could, depending on customer requirements, also be exported in kit format for final assembly in customer countries.

Paramount restated its commitment to continue its investment in South Africa, in order to build a strong, sustainable aircraft and aerospace systems capability in the country, and this transaction supports this objective. 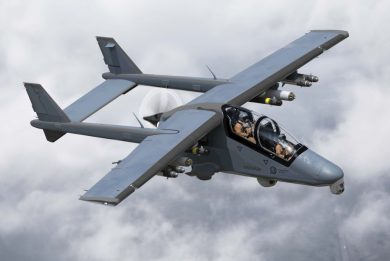 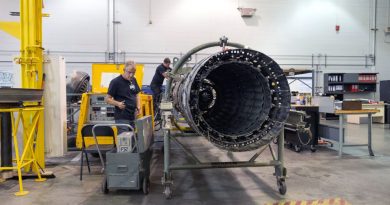 Paramount Aerospace to expand its support for ATAC under newly-awarded contract for U.S. Adversary Air Training

13/10/2020 Paolo Valpolini Comments Off on Paramount Aerospace to expand its support for ATAC under newly-awarded contract for U.S. Adversary Air Training