Are you tired? No need to ask, Physip will automatically provide the answer. Based in Paris and created in 2002, the company is specialised in sleep and vigilance analysis, using brain activity measured with electroencephalography. Monitoring somnolence in personnel playing a key role can avoid catastrophic accidents, something that can be of help also in the defence community. 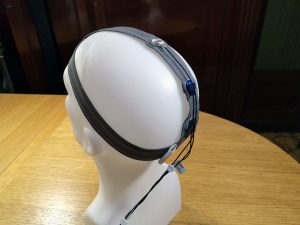 Physip has consistently reduced the number of sensors needed to gather data required by its analysis tools to provide accurate results, and now only one EEG channel is used, which means only two sensors, that can be for example installed into a helmet, one on top of the head and the second a few centimetres behind, a third electrode being needed for earth being located freely in any other position. The so-called “EEG-ready helmet” can then be connected to an EEG amplifier, signals getting into a computer where one of the software is running. Three main software were developed: Meegawake, automatically monitoring somnolence in real time, Meegaperf automatically identifying in real time EEG markers indicating a risk of impaired cognitive and physical performance, this study being supported by the DGA as well a some other with similar aims. It does not come as a surprise that this five-people company is cooperating with much bigger entities such as Airbus Helicopters and Thales Training & Simulation. A typical company developing dual use technology, Physip had access twice to RAPID funding, once in 2011-15 and a second time in 2017-2020.