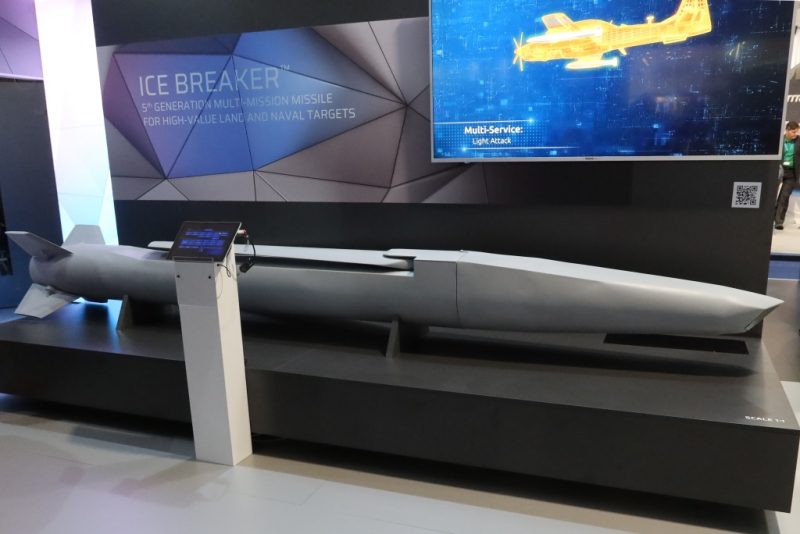 “The conflict in Ukraine convinced many nations of the need of high quality 5th generation weapons, as well as of the fact that quantity is a quality on its own,” Yuval Miller, Rafael’s Air and C4ISR Systems Division Executive Vice-President and General Manager tells EDR On-Line in front of the mock-up of the recently unveiled Ice Breaker air-launched cruise missile. The missile in itself is identical to the Sea Breaker, which was unveiled in June 2021, the air-launched version giving away the booster as well as the launch canister. Around 4 meters long, it features two folding wings with a 2.3 meters span and an “X” cruciform empennage. “It is a highly survivable and affordable long-range air-to-ground munition, its survivability being due to its low Radar Cross Section, its terrain following capability given by its navigation systems, and its advanced mission planning system,” Yuval Miller adds.

Among the details that allowed Rafael to keep the Ice Breaker RCS pretty low is the fact that the engine air intake is entirely within the missile diameter, a feature that also allows easy integration on aircraft; the airframe is entirely produced in composite materiel, which not only allows reducing the RCS but also contributes to lower the weight as well as the cost, and also improves producibility. The Ice Breaker is loaded upside-down, and when released it rotates, the wings open up and the engine starts working. The missile starts its journey towards the target at high-subsonic speed, maximum range being 300 km. This allows hitting targets at a shorter range exploiting the Ice Breaker manoeuvrability and its sophisticated planning system, which can exploit intelligence to plan a route that avoids enemy A2/AD (Anti-Access/Area Denial) bubbles. The missile is fitted with an anti-jam GPS, however it is capable to conduct a full mission in GPS-denied areas, thanks to its inertial navigation and terrain comparison systems. Not only, it can plan the final part of the mission according to the type of target and the required angle of attack, calling for a pup-up when a deep angle is needed as against hardened targets, the 250 lb (113 kg) warhead developed by Rafael itself being designed for low collateral damages, no further details being provided. When closing to the target the Ice Breaker can exploit its Automatic Target Acquisition (ATA) and Automatic Target Recognition (ATR) capabilities, ensured by the advanced Imaging InfraRed (IIR) seeker, located behind the big front window, which exploits Artificial Intelligence algorithms performing deep-learning and big data based scene-matching. A two-way data link maintains the man in the loop, allowing re-planning or mission abortion as well as battle damage assessment by a follow-on missile. The mission planning system is capable to ensure multi-missile planning, designing missions where more than one Ice Breaker comes at the same time on the target from different directions and with various angles of attack, impacting simultaneously maximising the kill probability as well as the terminal effect. If used against naval targets, the Ice Breaker can perform a sea skimming profile as its naval counterpart.

The Ice Breaker has the same footprint of Rafael’s Spice 1000 guided bomb, which has already be integrated on Israeli F-35s, hence the new missile should easily become another weapon for the Lightning II as it fits into the aircraft weapon’s bay. Looking at the other aircraft that are part of the Israeli Air Force inventory, an F-16 can carry up to four Ice Breakers while an F-15 can carry seven. EDR On-Line was told that also a light attack aircraft such as the M-346 could be armed with the new Rafael’s missile, carrying the same number of weapons as the Fighting Falcon.

Both the Sea Breaker and the Ice Breaker are considered at TRL 7 (system prototype demonstrated in operational environment), several potential customers having shown their interest, Rafael being ready to adapt some of the features to customers will.

As for the land-launched version, this will be very similar to the naval one, as it will also feature a booster and a launch canister. EDR On-Lin understood that this version will exploit the Spyder SHORAD launcher, however this seems to have the lowest priority among the three members of the family. 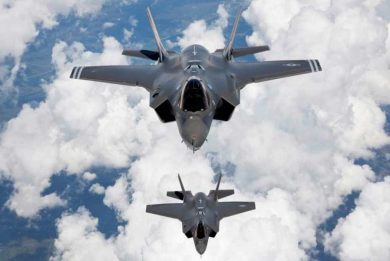 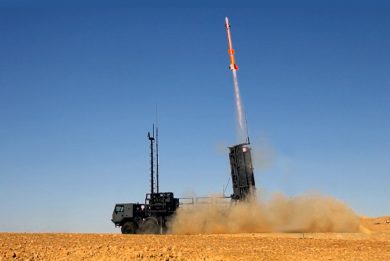 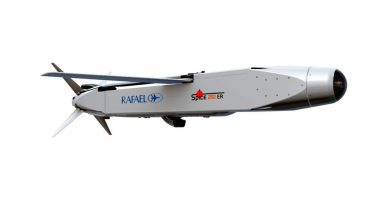