The DSEI exhibition became the world debut for the MBDA’s Sea Ceptor next-generation air defence system as the Royal Navy’s HMS Argyll, the first vessel to be fitted with the new weapon system, participated to the event and hosted the first Sea Ceptor User Group meeting. 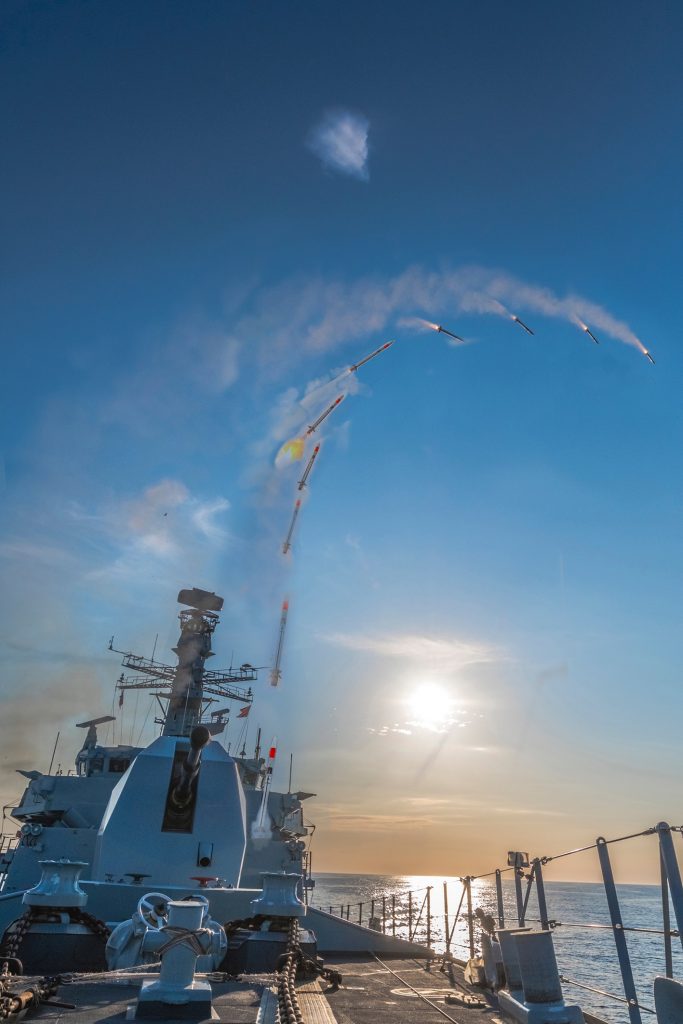 The HMS Argyll, the oldest of the 13 Type 23 Duke-class remaining frigates in service with RN, is also the first-of-class to have successfully completed initial firings of the new GWS 35 Sea Ceptor local area air defence system last July, as announced by UK MoD on 4 September. The first-of-class firings were conducted on the UK MoD Hebrides range off northwest of Scotland during a two-week period. UK MoD hasn’t released further information on 4 September except for videos from which EDR understood the initial Sea Ceptor firing campaign at sea represented the first end-to-end tests of the weapon system from a ship platform. EDR understood three Sea Ceptor missiles were fired in three different engagements against challenging threats. In a press statement released on 14 September, QinetiQ said ‘the firings showcased the short-range engagement capabilities of the new defence system, which intercepts and destroys enemy missiles travelling at supersonic speeds and will form part of the protection for the Royal Navy’s new aircraft carriers’. In a first for QinetiQ, the company ‘safely delivered the trial flying Mirach aerial targets within 2km from the firing frigate HMS Argyll, instead of the previous 5km distance, providing a realistic threat against which the Sea Ceptor system could be tested’. 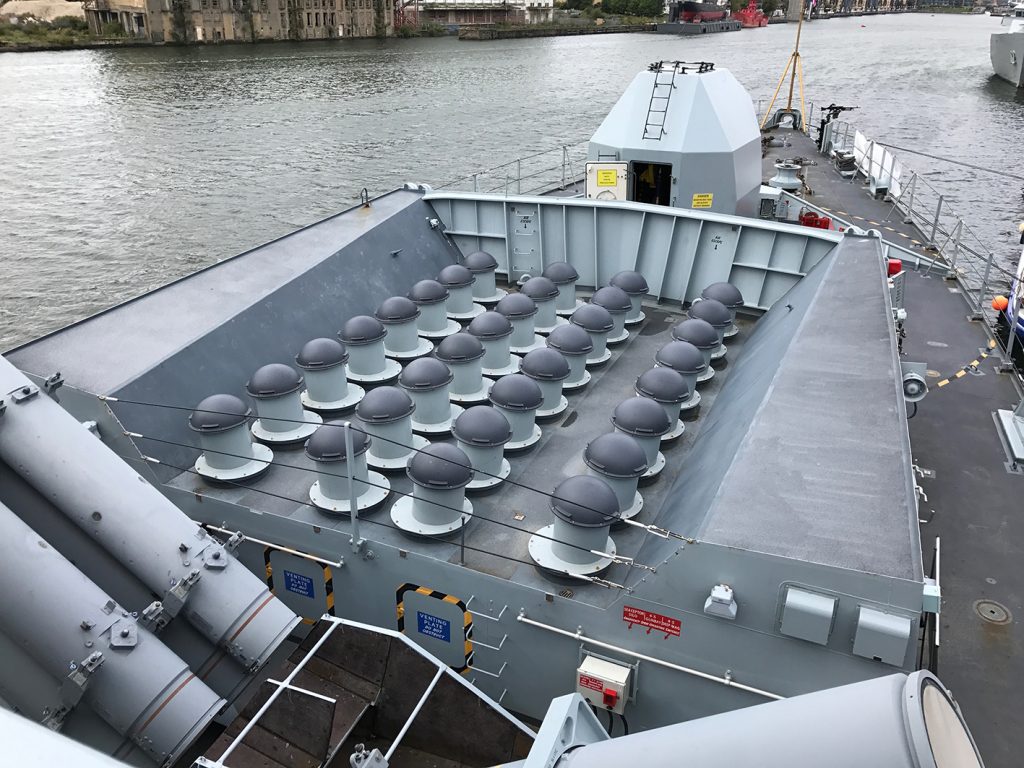 The Leonardo-built Mirach aerial targets were provided through QinetiQ’s Combined Aerial Target Service Hebrides range, managed by QinetiQ on behalf of the UK MoD. Following analysis of this initial campaign, Argyll will conduct further Sea Ceptor firing trails before returning to frontline service in 2018. Developed and manufactured by MBDA UK under the umbrella of the company’s Portfolio Management Agreement with the MoD and build around the Common Anti-Air Modular Missile (CAMM) for both seaborne and land applications, the Sea Ceptor system is faster, has longer range and uses active radar homing, which coupled with a mid-course guidance updates, delivers all-weather engagement against multiple simultaneous targets compared to the being-replaced Vertical Launched Sea Wolf. During the exhibition, the HMS Argyll also hosted the first ever user group meeting, which also included the Royal New Zealand Navy (RNZN) and the Armada de Chile (Chilean Navy). In addition to the Royal Navy, which is installing the Sea Ceptor on Type 23s and has been ordered for the first three new Type 26s, the RNZN for ANZAC frigates and the Chilean Navy for the upgrading of its Type 23s, the air defence system has been selected by Brazilian and Spanish Navy for respectively equipping Tamandaré class corvettes and next generation F110 frigates. Moreover, the recent selection of MBDA’s CAMM ER (extended range) by Italian MoD for land applications, opens the way for a future acquisition also for Italian Navy.