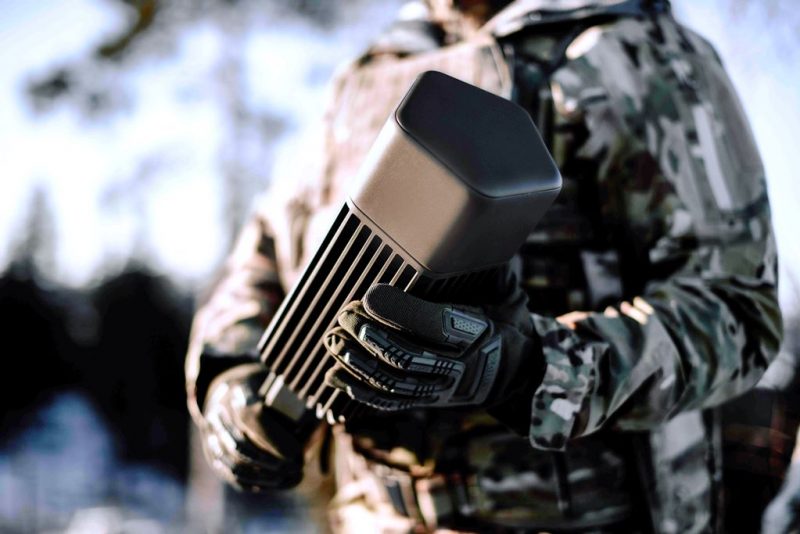 Saab has developed a new a lightweight electronic warfare passive sensor to meet surveillance challenges across all levels of tactical operations, which is currently under field trials for an initial production series availability during next year.

Being unveiled at the AOC Europe conference in Montpellier, France (10-12 May) and at Eurosatory in Paris (13-17 June), the Sirius Compact is a modular and scalable lightweight EW passive sensor for tactical operations which can be used stand-alone, in a network of sensors or as a complement to existing sensors. Thanks to its low size, weight and power, particularly in comparison to equivalent larger static solutions, it can be easily integrated in drones, vehicles, vessels, masts, or man-portable applications, and the users can rapidly deploy it and scale its coverage as the situation demands.

“Looking to a continuous update and evolution of our EW product portfolio and in discussions we had with various customers, we see an emerging trend for highly capable lightweight sensor capability at low tactical level”, said Mathew Willmot, Sales Director, Business Unit Electronic Warfare and Aircraft Systems (EWAS), Business Area Surveillance at Saab, in a conference call with a selected group of journalists.

“Sirius Compact is a network of passive surveillance sensors, being a scaled-down version of the strategic fixed Sirius version, for tactical level operations. It’s a highly efficient sensor in the palm of the hand of the soldier. It provides instant situational awareness where you want it and when you want it”, he continued.

“We have been working on it for a couple of years . . . we have recently started field testing and trials of the system’s pre-series production units. While until now all activities have been conducted in house, field trials will involve potential customers from later this year. Initial production series availability to customers is planned during next year”, said Pekka Halme, Product Manager at the Saab Technology Centre in Tampere, Finland, who sided the Sales Director during the conference call. Development and production of the Sirius Compact is shared between Saab in Sweden and Finland, in line with Saab’s strategy to further strengthen its domestic presence on selected markets outside of Sweden.

The Sirius Compact gives the ability to detect, classify and prioritise radar and datalink emissions, as well as give their accurate location through high precision direction finding (DF) and geolocation.

With a weight of less than 3 kg, a height of 300 mm and a diameter of 140 mm, the Sirius Compact incorporates a digital channelised receiver with a frequency coverage of 2-18 GHz and a 360° azimuth coverage providing emitters geolocation through triangulation with a DF accuracy of less than 2° rms, while no sensitive threat library data is stored in the sensor. The system incorporates an integrated IMU/GNSS suite for providing its position data, and has a power requirement of less than 50 W, however it does not incorporate a power source, as power is provided by batteries carried by the soldier or available on ground or airborne platforms.

The Sirius Compact is platform and data link agnostic, and can be easily integrated into customers in-service networks and platforms. While all system’s functionalities are incorporated into the hand-held transportable and manageable system unit, the Sirius Compact requires a PC or tablet to provide emitters identification through the threat library software, and their visualization on terrain maps. “One of the main design criteria was its ease of use, so that it can be employed in tactical application. We are not expecting this to be a product that would require months or years of EW training; it can be configured by a knowledgeable EW operator prior the mission, and can be used on the field by less trained soldiers”, said the Saab programme manager.

Although no information was provided on the system sensitivity, Saab representatives said the Sirius Compact can complete its mission also against low probability of intercept radars, without providing further details.

Looking to possible applications thanks its low size, weight and power, including the unmanned platform installation, “the Sirius Compact broadens the sensing horizon, allowing rapid and flexible sensors deployment, increasing the detection range versus ground-based threats and allowing their geo-location using own platform movement or data from multiple sensors. Real time situational awareness is provided by online data transfer to ground stations or recording for post-mission analysis”, explained the Saab sales director.

The Sirius Compact uses very modern digital channelised receiver technology and saw the participation of different Saab units as well as external components providers in the activities aimed at miniaturising its elements into the current form factor. Responding to a question on the share of activities between Saab’s Swedish and Finnish sites, “the latter ensures the programme lead, and the same Finnish site provides the development of all the hardware and its miniaturisation, while most of the signal processing functionalities are taken from Sweden”, the product manager said.

The Sirius Compact has also an evolution roadmap, which among other developments includes the addition of a communication electronic support measure capability that requires a slightly larger antenna for the low-frequency band. The wider Sirius is a family of innovative and networked passive sensor systems based on common architecture with a domain specific edge. It provides a complete synergistic capability for Intelligence, Surveillance and Reconnaissance, beyond the scope of individual sensors. 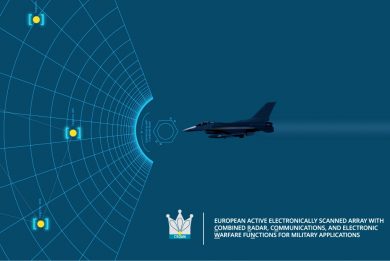 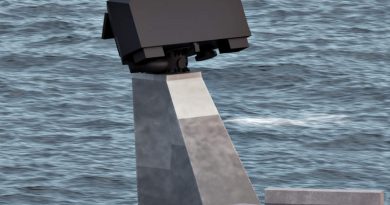 Saab Receives Order from the U.S. for Sea Giraffe MMR

11/06/2019 Paolo Valpolini Comments Off on Saab Receives Order from the U.S. for Sea Giraffe MMR 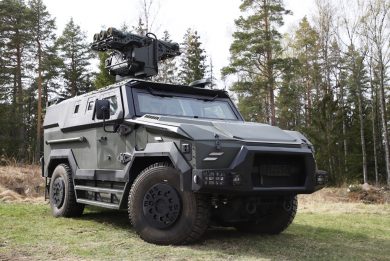