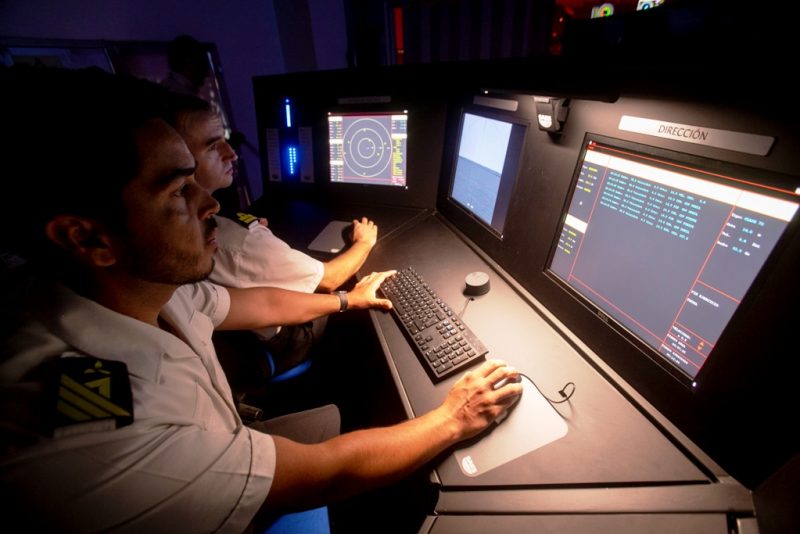 August 1st 2022 – The modernisation of the S-70 tactical submarine simulator (SATS), developed by SAES and operational since 1991, will lengthen its lifetime for five more years. Spanish Navy crew will continue to use it for training purposes whilst S-70 submarines (soon to be replaced by the S-80 class submarines) are still active.

The S-70 tactical submarine simulator (SATS) has been developed by SAES and delivered to the Spanish Navy in the first few years of the 90s, with the objective of training crews in resolving tactical problems that could occur during the submarine navigation, as it includes all elements and systems of the control room as well as the instructor station. SAES simulators for submarine training have been designed to faithfully reproduce the scenarios, equipment, aspects, operation and sensations that the submarine’s equipment would have in a real situation.

According to Víctor Azcárate, Post-sales Line Manager and responsible for the SATS maintenance service, “the latest acceptance tests within the SATS modernisation project (including its instructor station, control room, DLT and DSUV-22) were successfully carried out by the end of 2021 at the Submarine Base, in the presence of the RAC (Spanish Navy quality assurance official).

The importance of the modernisation of this system, continues Mr. Azcárate, lies in that “it allows the Spanish Navy to continue using the SATS to train crews while there is still any S-70 class submarines in operation, as they will soon be replaced by the S-80 class submarines.”

Since the SATS simulator was delivered to the Spanish Navy in 1991, SAES is in charge of its maintenance. Over the years and due to the age of the equipment, “it was becoming increasingly difficult to find spare parts (power source, motherboard, memories, hard disks, etc.) for equipment repairs,” explains Mr. Azcárate. In addition to this, the lifespan of the S-70 submarines has been extended: the Spanish

Navy plans to retire them between the year 2025 and 2030. For all these reasons, SAES considered necessary the modernisation of the SATS: to ensure the operational nature of the simulator at least until 2030.

According to Consuelo Lázaro, director of Operations at SAES, “I am very proud of the work performed by the team: SATS was my very first project at SAES and I have seen it grow and modernise, and it is not an easy task to successfully adapt such old systems.”

SAES General Manager, Victoria Ruiz, explains that “the modernisation of the S-70 tactical submarine simulator (developed by SAES 31 years ago) is a significant milestone for us, as we continue to assist and support the major programmes of the Spanish Navy.” 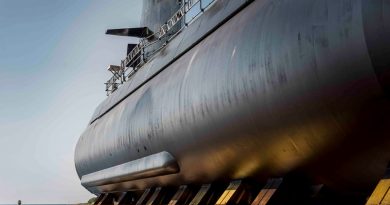 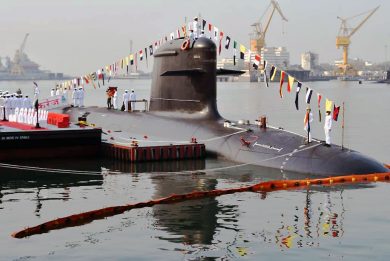 Commissioning of INS Karanj, the third Indian Kalvari-class submarine entirely made in India based on Scorpene® design

10/03/2021 Paolo Valpolini Comments Off on Commissioning of INS Karanj, the third Indian Kalvari-class submarine entirely made in India based on Scorpene® design 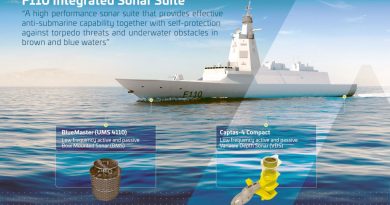