With over 25 years of experience in drones and with three key technologies in its portfolio, critical embarked electronics, day and night visionics, and robust and accurate navigation, Safran Electronics & Defense is developing its first unmanned land platform. At Satory the company exhibited its eRider, a hybrid diesel-electric all-terrain vehicle, unveiled at Eurosatory last year but seen here on the move. 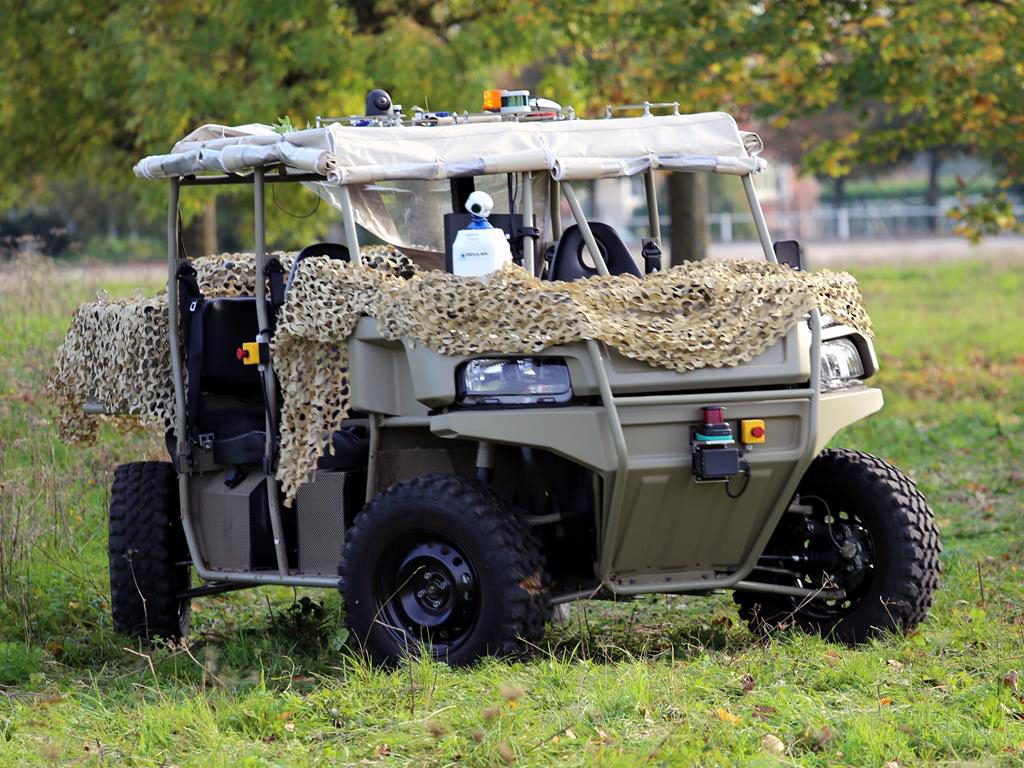 The platform itself was developed by Technical Studio and is a 4×4 with four-wheel drive capable of carrying up to four passengers or one litter, with electric drive and a generator allowing to increase its range up to 200-300 km. Safran adopted a similar approach to that used on its Patroller UAS, that is adding autonomous capabilities to a manned vehicle. The eRider showed its capabilities moving in fully autonomous mode on a pre-planned route, avoiding obstacles, and coming back to the starting point, thanks to the sensors integrated by Safran and the on-board intelligence. Beside the autonomous capability the eRider also features a follow-me mode. Safran aims at demonstrating the advantages of such solutions, looking at Phase 2 of the Scorpion programme. To do so the eRider will start testing with the Délégation Générale pour l’Armement in late 2017-early 2018. 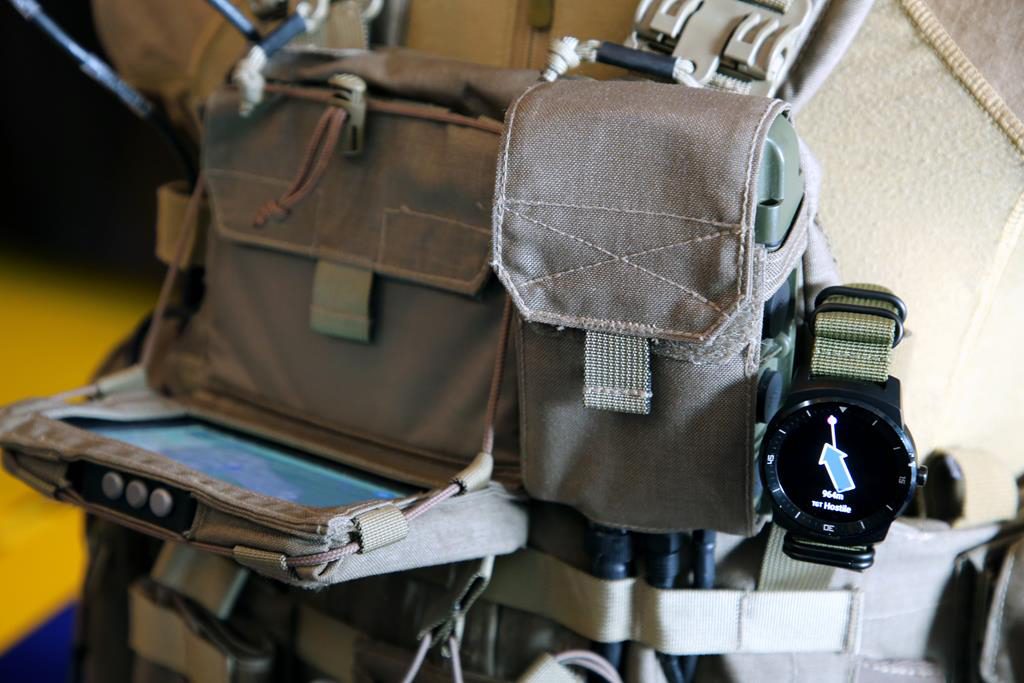 At the static display Sagem exhibited the latest iteration of its soldier system, known as Neofelis, and aimed at the export market. The system is a further development of the Felin V 1.3 version, and is purposely based on an open architecture to allow customers to exploit equipment already in use. It is the case of the radio: Safran proposes the RIF NG, however other radio sets are compatible. The company developed a proprietary app to provide a command and control system to the soldier as well as blue force tracking, the app being easily modifiable in order to cope with customers needs. Two HMI are proposed, one being a smartphone, the second coming in the form of a wristwatch used mostly for orientation and for following the patrol-scheduled path, the system being also able to display other information on request. Weight reduction is of course a high priority issue: a single combat jacket is now used to host body armour plates, to be a load carrier using the MOLLE system, and to integrate cabling, although for the future a wireless version is being considered. Moreover the new hub computer is lighter and smaller, and is carried on the side. As for mission endurance, the new Li-Ion batteries have an increased energy density and capacity, and provide enough power for a 72 hours mission. 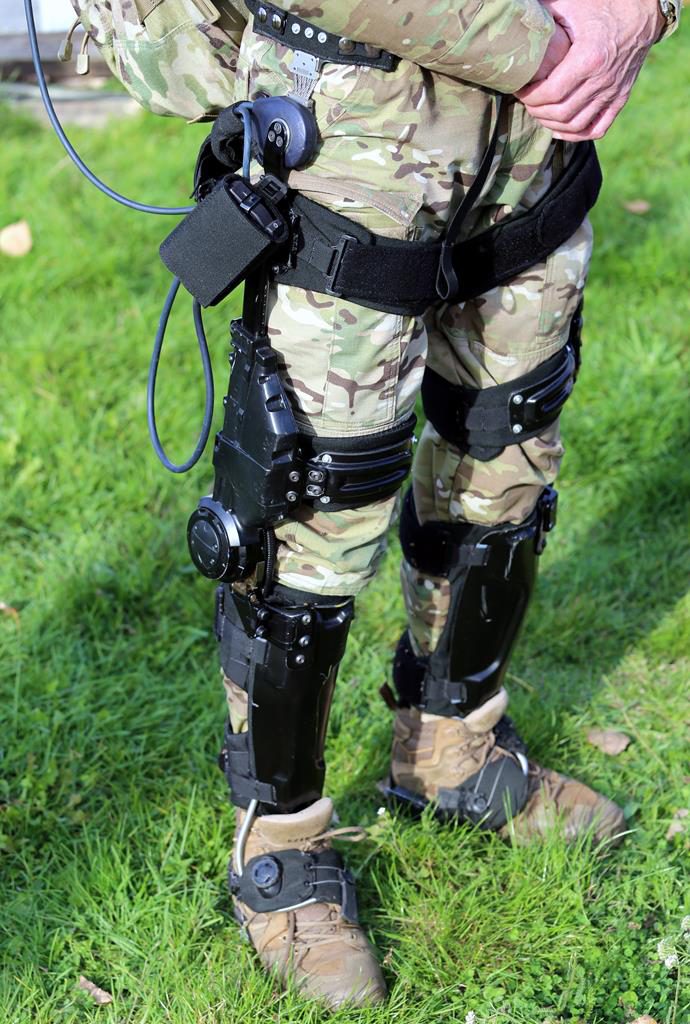 Safran also exhibited its “dermoskeleton”, a system that assists the soldier in its limb movements, for the time being the legs, and is not intended to increase strength and power. Sensors installed on the soldier feet improve the system behaviour as they register the load at foot level. Safran intends to further expand the concept, with a system dedicated to the back and then to the arms.