by Paolo Valpolini and Luca Peruzzi

Until now Missile Warning Systems (MWS) were based on UV sensors, that aimed at identifying the plume generated by the missile smoke. Thales developed a Threat Warning System (TWS) known as Elix-IR, which is based on sensors working in the IR spectrum, something considered until now unfeasible due to the very high number of information to process. And in fact the core of the system is the software, the algorithms developed being quickly adaptable to identify new threats. For the time being the system is capable to detect approaching missiles but also ballistic threats from small arms ammunition up, as well as RPGs and similar. The system is based on the central unit which is linked to the (COTS) IR sensors, similar in weight and size to UV sensors, thus enabling easy upgrade of existing platforms. A medium size platform can be fitted with four to five sensors, however as the IR sensor is not blinded by the rotor as IR ones, a sensor mounted on the top of the aircraft allows to provide warnings also from diving threats of ordnance fired from the top. According to Thales the false alarm rate is similar to that of existing UV-based systems, while the angle of accuracy is much smaller and the reaction time shorter. Designed to be integrated in open architecture systems, the Elix-IR provides its data according to NATO DAS protocols, but can also be integrated in 1553 BUS-based systems. It can obviously cue a DIRCM (Directional Infrared Counter Measures), is able to accurately identify the firing position in range, bearing and elevation providing eventually target grids. Completely ITAR-free, the Elix-IR project was initiated under the auspices of the UK MoD, and is aimed at helicopters and transport aircraft, a fast-jet version being planned at a later stage. Currently at TRL 7, it should become available as a product in Q3 2018. Thales is considering different options for effectors, hard kill solutions starting to get pace. The company has an agreement with Elettronica on the Cybele aircraft self-protection suite, and is also in talks with Leonardo and Indra. The Elix-IR technology might well migrate also in the land domain, providing sensors to be used in the C-RAM (Counter Rocket – Artillery – Mortar) and ADS (Active Defence Systems) fields. 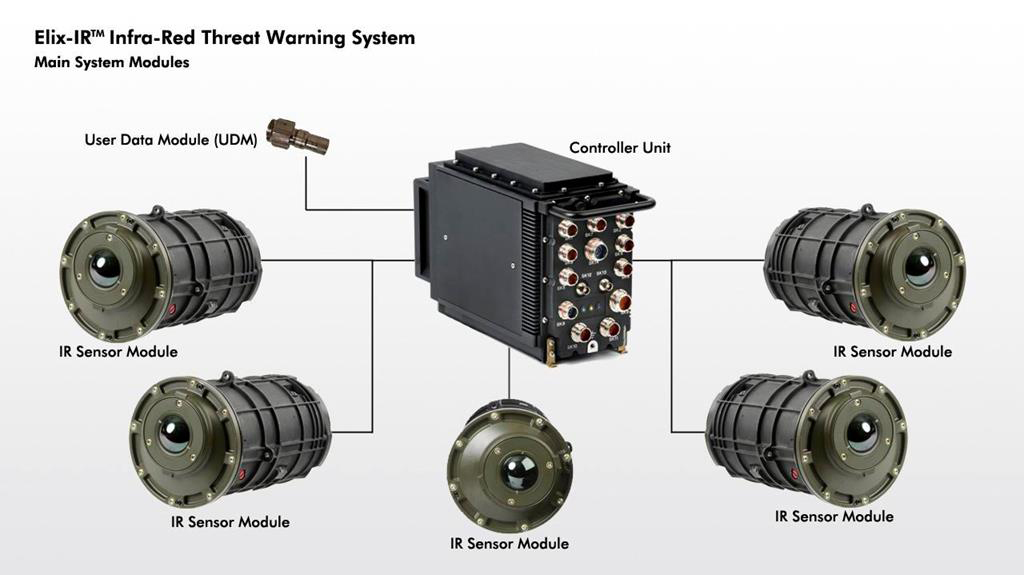 The sensors and controller of the Elix-IR; the IR-based Thales threat warning system
is available both for new aircraft and for upgrading existing ones. (photo Thales)

Leveraging the development work done on its Sea Fire 500 Thales is migrating those technologies towards the land domain a new family of radars known as Ground Fire being awaited soon in the company portfolio. These will feature a single solid-state active fixed array, offering higher power and beam steering agility, full 360° coverage being provided by rotation at 1 Hz. The AESA antenna is fitted with Gallium Nitride (GaN) transmit/receive elements this technology allowing to obtain compact S-band high-performance arrays usable in tactical solutions. Capable of active tracking and uplink for missile guidance, the Ground Fire will be compatible with the Aster family of missiles. Fully digital and software based, while its main roles will be air surveillance and air defence, it will also be usable in the counter-battery role. Compared to older ground radars this full digital system will have increased reliability, the antenna having only three types of cards instead of the nearly 50 of previous models. The most powerful version should have an instrumented range of around 400 km, Ballistic Missile Defence use being also considered. With a fix antenna, which coverage is estimated at 120°, the refreshment rate might be increased to 10 Hz to cope with the higher update rate needed on the BMD role. Ground Fire should follow in time the Sea fire, the latter first radar being expected for late 2019. 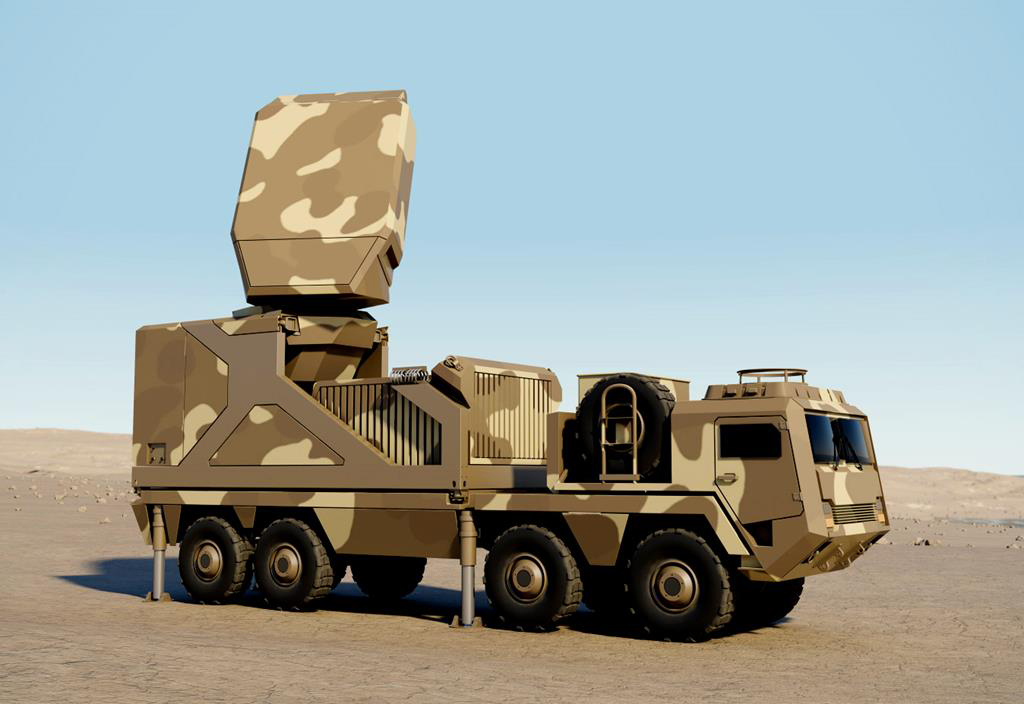 Based on the Sea Fire developments, Thales is proposing a new family of ground radars, the Ground Fire, based on an AESA antenna. (image by Thales)

Among net-centric warfare solutions, Thales presented three main projects. The Air Power is based on the new Synaps/Contact software-defined radio developed with the support of the French MoD, and capable to open new possibilities for collaborative combat. The μTMA secured line-of-sight datalink is the ISR (Intelligence, Surveillance, Reconnaissance) communications solution between aircraft, small UAV or UGV/USV/UUV and unit leaders on the ground, providing a wide array of opportunities for flexible mission scenarios. High Definition Full motion video provides the “eye in the sky” surveillance capability that operators need for near real-time visual feedback on a situation as it unfolds. The device provides interoperable, ITAR free and resilient datalink, enhancing mission efficiency while keeping security and safety. Finally Thales was also displaying the latest-generation satellite communications solutions, including the on-the-move antenna package, which guarantee secure, sovereign, broadband connectivity services for all players, from submarines and combat aircraft to troops on the ground, wherever they are and whenever they need it.