The terrorist attacked carried out in recent times using cars and trucks have led to an increasing interest in barriers capable to stop such threats. One of the specialists in this field is definitely Mifram Security of Israel, a specialist in defensive products, anti-terror protection, threat protection, fortifications, natural disaster and project management solutions for military and police forces and first response units. 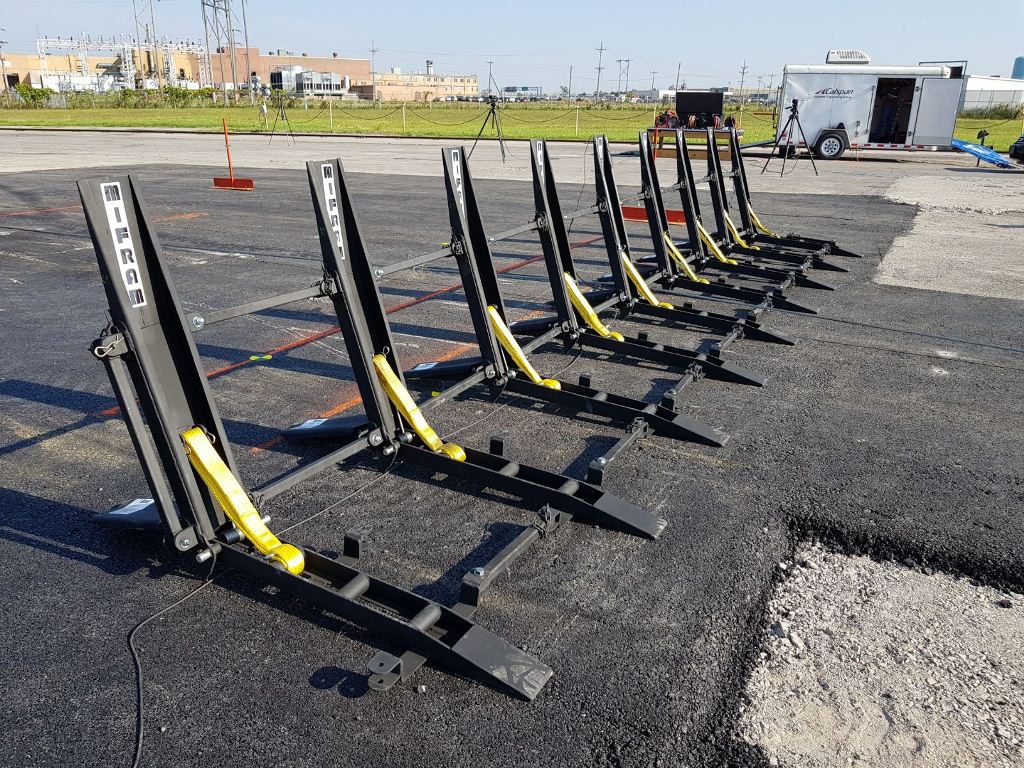 Its Modular Vehicle Barrier (MVB) has been sold in over 20,000 pieces to the US military since 2003 and deployed in urban and combat zones. Each element weighs less than 23 kg and can be carried by a single man; one meter long, 60 cm wide and 70 cm high, the MVB can be deployed on unknown ground even if it is not perfectly flat, and exploits the vehicle energy to stop it, as when the bumper hits the barrier the horizontal element lying underside the vehicle pivots transferring the vehicle energy to the ground. A pivot system allows the lowering of small wheels to move the barrier, which elements can be assembled by a single person in a short time without using any tool. An improved version, the MVB-II, is now also proposed; slightly bigger and heavier, the single element weighs 27 kg, it has been certified against a 2,500 kg vehicle 48 km/h, that is the absorption of a 222 KJ energy. At Milipol 2017 Mifram Security unveiled three new types of barriers, the FBM (Flat Modular Barrier), which has a considerable advantage over the MVB in many applications is that it is a drive-over barrier, thus it can be deployed and activated only when needed, its stopping capability being similar to that of the MVB-II. While the FBM stops vehicles coming from one direction, the Pyramid, the second product unveiled in Paris, is capable of blocking cars and trucks up to 6.8 tons at 48 km/h (604 KJ) coming from both sides. Another drive-over barrier, the two plates on which vehicles usually run, slowing down as on a usual slowing bumper, are tipped upwards forming a pyramid, hence the name; activation can be either hydraulic or manual, and requires no concrete foundation. Each element weighs 350 kg and is anchored to the ground with eight anchors placed at a depth of 30 cm, which can eventually be re-used should the barrier be placed at the same location. For heavier vehicles, up to 40 tons, Mifram Security developed the RBM (Robust Mobile Barrier), based on a wholly different concept but still exploiting the vehicle energy, and designed to stop heavy trucks and semi-trailers. The shape of the barrier is made to make the vehicle tip upward, thus transforming kinetic energy into potential energy. This allows stopping vehicles up to 40 tons with a reduced number of elements, each one weighing 480 kg. Mifram Security barriers can be deployed in multiple layers, the company providing advice on the best solution given the level of threat; to do so it developed a barrier simulation that takes into count the different barrier models as well as the levels of energy