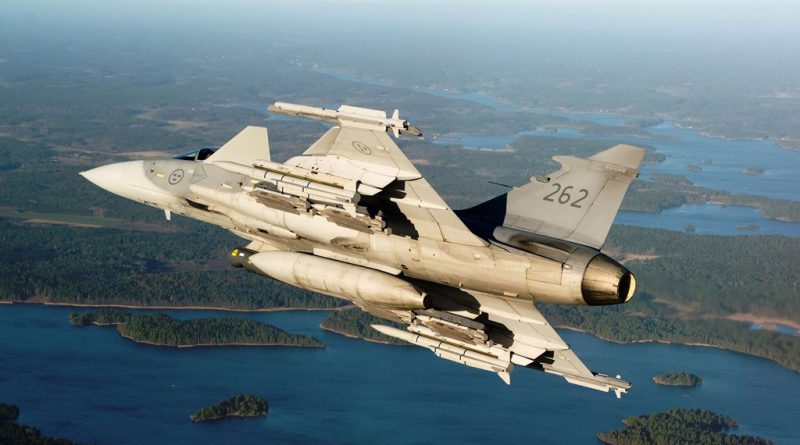 The Swedish offer consists of eight new NATO interoperable Gripen aircraft with the latest MS20 configuration, which can be delivered to the Bulgarian Air Force within a short time period, with the first aircraft delivered within 24 months of contract signature. Training of pilots and technicians is included and with the offer full QRA capability will be achieved within the budget framework.

“Gripen is an advanced multirole fighter at the start of its development life time. The Swedish offer meets the requirements of the Bulgarian government regarding budget, delivery schedule and capabilities of the new aircraft,” says Joakim Wallin, Director Export and International Relations, Swedish Defence Material Administration.

“When Bulgaria selects Gripen, Saab and Sweden are ready to co-operate with the Bulgarian defence industry in areas such as aircraft maintenance, transferring important know-how to the country that would help to sustain and create skilled jobs”, says Jonas Hjelm, Senior Vice President and head of Saab business area Aeronautics.

“Relations between Sweden and Bulgaria are excellent. The economic cooperation is sizeable, with a growth in bilateral trade and increasing investments by Swedish companies in Bulgaria, which are currently employing close to 9000 people in Bulgaria”.says H. E. Louise Bergholm, Swedish Ambassador to Bulgaria.

Gripen C/D is a proven system, in operational service with the air forces of Sweden, South Africa, Hungary, Czech Republic and Thailand. The UK Empire Test Pilots’ School (UK ETPS) uses Gripen as its fast jet platform for test pilots from all over the world. With Gripen, NATO member states Czech Republic and Hungary successfully participate in NATO missions and joint exercises with other NATO countries.

The development of the Gripen C/D is on-going and the system will remain operational for at least another 30 years.