Thales and Lockheed Martin announce the contract award to deliver the Royal Navy’s new airborne surveillance and control system, under the ‘CROWSNEST’ programme.

Lockheed Martin, who acts as the Ministry of Defence’s prime contractor for the Merlin helicopter, selected a new generation of the Thales Searchwater radar and Cerberus mission system to be fitted to existing Merlin Mk2s helicopters to provide the Navy with an airborne surveillance and control capability (ASaC). 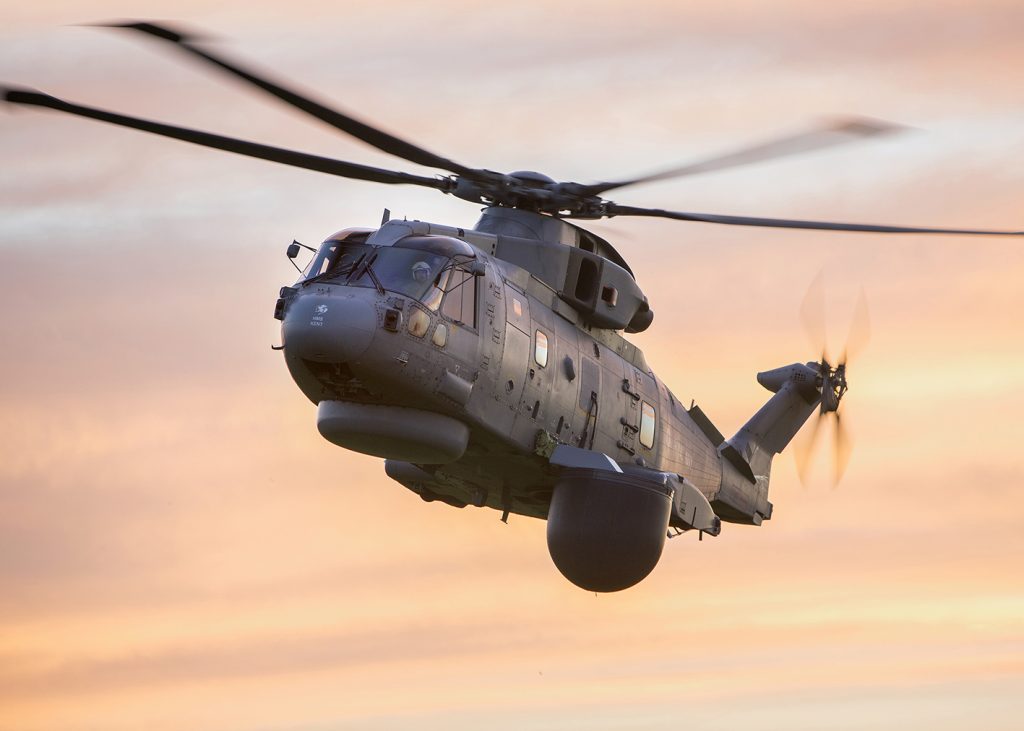 The contract formally marks the beginning of the design and manufacture of role-fit equipment to be fitted to the fleet of Merlin helicopters which will serve the Royal Navy until 2029 and replace the outgoing Sea King Mark 7 ASaC force, fitted with an earlier version of the Thales Searchwater and Cerberus systems.

The new capability will begin to enter service when the last of the Sea King ASaC helicopters are retired and will maximise the re-use of the Ministry of Defence’s existing investment in equipment, training and expertise by upgrading, updating and adapting a battle proven capability. The new generation of CROWSNEST represents a step change in both user functionality and operational capability.

An improved human machine interface utilising touch screen technology and an autonomous artificial intelligence based tracking system provide the users with a highly innovative approach to the demands of modern maritime warfare.