Thales and PAL Aerospace have strengthened their global partnership with the announcement of a new operational aircraft platform. The PAL Aerospace “Force Multiplier” Dash-8 Q 300 aircraft will be equipped with a SEARCHMASTER® multirole radar and an AMASCOS® multi-mission system.

This aircraft has been specially designed by PAL and Thales to meet both the needs of maritime and ground surveillance. PAL Aerospace and Thales will now be able to propose to government customers an operational service that meets their requirements through the acquisition of flight hours. The platform will also carry out flights demonstration to illustrate the high-performance of the multirole radar and the AMASCOS® multi-mission system in operational conditions.

When the Force Multiplier aircraft goes into service, the flight crew will be comprised with a PAL operating crew with over 40 years’ experience encompassing over 250,000 hours of airborne surveillance experience. The platform is currently being integrated and will be presented during the Dubai Airshow in November 2017. The Force Multiplier aircraft will be available to perform flight hours for customers in 2018.

The SEARCHMASTER® multirole surveillance radar is the first radar in its category (under 80 kg) developed to meet the needs of both maritime and ground surveillance. It also provides excellent tactical air support in both of these environments. It uses active antenna (AESA) technology and is qualified to fly on all types of platform. The SEARCHMASTER® was selected in 2014 by the French Defence Procurement Agency (DGA) as part of the Atlantique 2 (ATL2) maritime patrol aircraft upgrade programme for the French Navy. Several international customers have also opted for this radar. The SEARCHMASTER® multirole radar has been in series production since March 2017.

Scalable and adaptable, the AMASCOS® system offers extended multi-mission capabilities, covering both maritime and ground surveillance missions. AMASCOS® is the ideal solution in response to all Intelligence, Surveillance and Reconnaissance (ISR) requirements. Designed by Thales and featuring the latest generation sensor suites, it is already in service with several national navies and air forces. The TopEagle helmet-mounted designation system produced by Thales may be offered as an option in order to provide pilots with “eyes-outside” functions enabling an enhanced, coherent vision of the mission data processed by the AMASCOS® system. 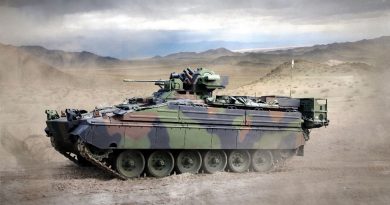 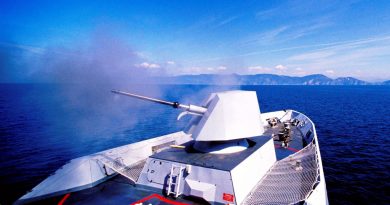 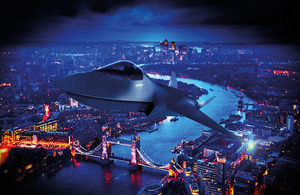