10 September2019 – At DSEI 2019, the Rheinmetall BAE Systems Land (RBSL) joint venture business will demonstrate its expertise in the world of armoured combat vehicles. On show is RBSL’s demonstrator for the Challenger 2 Life Extension Project (LEP), which includes improved fightability, survivability, surveillance & target acquisition, and lethality with the integration of DM11 programmable High Explosive (HE) tank ammunition.

RBSL’s position as a UK-based, experienced and skilled Original Equipment Manufacturer is a key aspect of the proposal. Through delivery of Challenger 2 LEP, RBSL intends to support the UK’s prosperity agenda with a vibrant supply chain across the UK; increasing jobs, manufacturing and engineering as a sovereign capability.

RBSL is the new, independent UK-based joint venture for military vehicle design, manufacture and support, co-owned by Rheinmetall and BAE Systems. The joint venture was launched on July 1st, 2019. Headquartered in Telford in the West Midlands, the joint venture will sustain around 450 jobs across the UK and is well positioned for future growth. RBSL also intends to play a major role in other strategic combat vehicle programmes, such as the manufacture of the Boxer 8×8 vehicle for the British Army’s Mechanised Infantry Vehicle (MIV) programme.

RBSL will also continue to support the British Army’s in-service vehicle fleets, such as Titan, Trojan, Terrier, Warrior, and the Modular Bridging System.

As majority shareholder in the joint venture, Rheinmetall will leverage and exploit their market-leading expertise in combat vehicle technology, ordnance manufacture and systems integration. From in-service support, upgrade programmes, and advanced armament concepts, to developing and manufacturing original equipment for entire vehicle fleets – there is a vast range of support for armed forces deployed in operations. Training and simulation technology for armoured vehicle crews also features prominently in the Group’s portfolio.

The Düsseldorf-based Group played an integral part in developing and perfecting both the Leopard 1 and Leopard 2 main battle tanks, cooperating closely with industrial partners. Tried and tested around the globe, Rheinmetall’s 120mm smoothbore weapon and ammunition technology has been continuously optimised, and Rheinmetall continues to develop next generation weapon solutions. 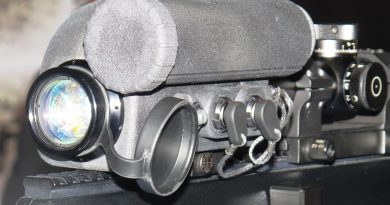 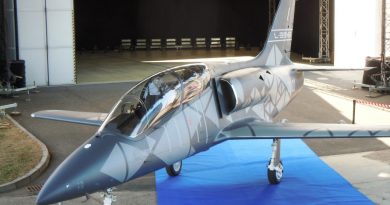