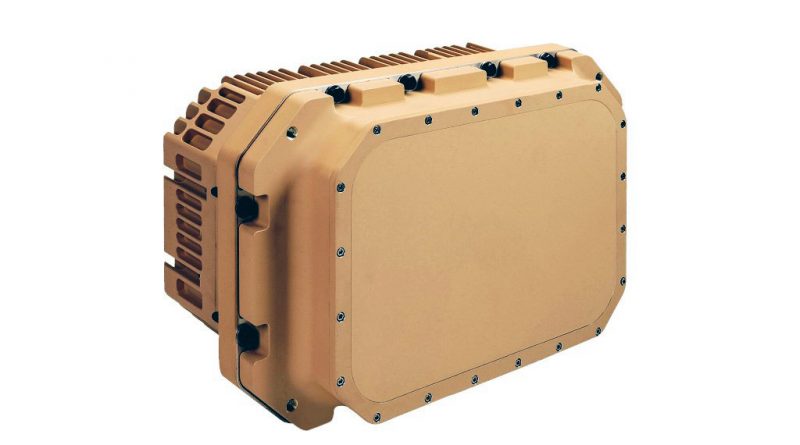 “We consider being one if not the leader in the software defined tactical radars for the manoeuvre forces segment, and we wish to maintain that position,” Dubi Sella, CEO of RADA tells EDR On-Line, “thus we are making considerable investments to develop next generation radars of that category.” He explains that active protection, counter-UAS and mobile short range air defence are all segments which were considered as urgent operational needs until recently, but now the market is growing and is stabilising, attracting new players, hence the need to remain on top developing new radars, such as those unveiled at DSEI.

Starting from Compact Hemispheric Radars (CHRs), the new aCHR unveiled at DSEI is closely related to the eCHR unveiled last year, and features a much higher ballistic protection as it is mostly aimed at active protection systems (APS) as well as vehicle protection systems (VPS), the latter being more oriented towards C-UAV systems. Being both software defined systems, they are however inherently multirole and depending on the operational mission the nomenclature changes, aCHR ones being marked by three-digit numbers while eCHR ones have two-digit names: for APS/VPS and HFD (Hostile Fire Detection) they are named RPS-600 and RPS-60, for C-UAS and VSHORAD use RPS-620 and RPS-62, and for volumetric perimeter surveillance RPS-640 and RPS-64. The aCHR is an S-band radar with an AESA antenna covering 90° in azimuth and elevation, four radars being needed to cover the full hemisphere. Its physical dimensions are slightly smaller than those of the eCHR, the aCHR being 464 mm wide, 295 mm high and 189 mm deep, its weight being 35 kg, greater than the 24 kg of the eCHR due to the increased protection level. The new radar maintains the same interfaces and protocols of the eCHR, it is compliant with Modular Active Protection Systems interface, and its power consumption is also similar, in the order of 250 W. The maximum detection ranges provided by RADA are the following: direct-attack rocket/missile, 4 km; nano-UAV, 3 km; medium-size UAV, 15 km; fighter, 22 km; utility helicopter, 15 km; pedestrians, 7 km; vehicles 15 km. Beside increasing accuracy and range, RADA worked to improve low probability of detection. “Being a more modern radar, the aCHR is able to do what the eCHR does, while the opposite is not true,” Dubi Sella adds, telling EDR On-Line that testing of the new radar will start next month. The aCHR will be obviously integrated in the Iron Fist APS, “drastically improving the system performances,” RADA CEO states. Following tests RADA plans to start producing the aCHR before year end.

Coming to the Multi-mission Hemispheric Radars (MHRs) the latest addition to the family is the xMHR, x meaning “extended”; this answers the needs of current SHORAD systems that need higher range sensors, the xMHR having a detection range around three to four times greater than the original MHR. Four radars are needed to cover the full 360° as each one covers 90° in azimuth and elevation, the dimensions of the S-band AESA antenna with the embedded electronics being 1×1 meters with a depth of 300 mm, the xMHR weighing 110 kg. Here too it is possible to switch from the C-UAS/SHORAD to the C-RAM, sense and warn and friendly fire ranging functions, the first being known as RPS-202 while the latter are called RPS-200/RPS-201. As for ranges these are those announced by RADA: nano-UAV, 18 km; medium-size, UAV 80 km; heavy transport aircraft, 200 km; fighter, 110 km; low RCS fighter, 60 km; utility helicopter, 80 km; light/medium mortar round/short range rocket, 18 km; heavy mortar round, 20 km; direct attack rocket/missile, 24 km; vehicles and medium size vessels, 80 km; large vessel, 130 km. “The xMHR is currently in the full scale development phase, RADA aiming at having it ready by Q3 2020,” Dubi Sella concludes. 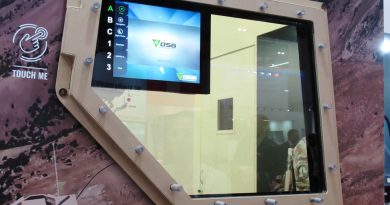