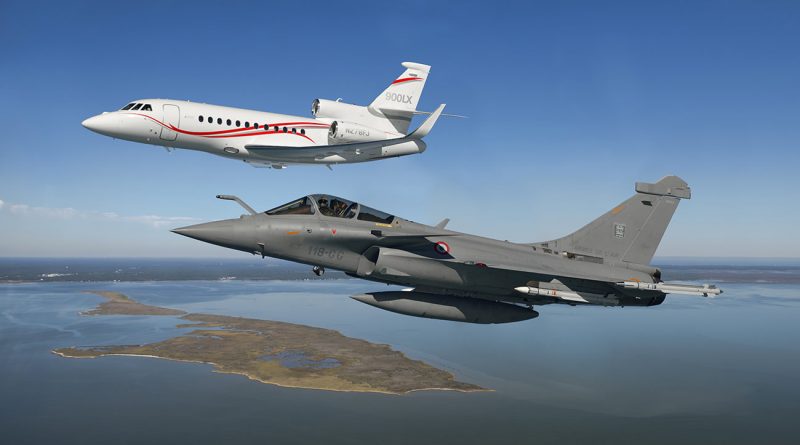 From 12 to 16 November, Dassault Aviation is present at the Dubai Airshow with the Rafale combat aircraft and the Falcon business jets.

The static display highlights a Rafale C (single-seater), a Falcon 8X and a Falcon 900LX.

For 40 years, Dassault Aviation has been a partner of the United Arab Emirates, whose air forces have acquired the Mirage 5, Mirage 2000 and, today, the Mirage 2000-9, the most advanced version of the delta-wing multi-role combat aircraft. The French detachment deployed on the Al Dhafra airbase in the Emirates is equipped with the Rafale.

Many Falcons are operated in the Emirates and in the Gulf States, which appreciate the reliability, comfort and operational flexibility of our business jets. A service station, spare parts centre and sales office are also available to our customers in Dubai.

Dassault Aviation is well-placed to address both defence and economic challenges, owing to its dual nature: the company produces military aircraft (Rafale, UAVs) and business aircraft (the Falcon range) from the same design office and the same manufacturing plants. The high technologies derived from its defence activities then benefit the civil side, which in return generates international industrial development.