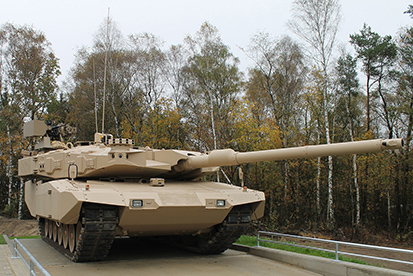 After seven years of risk-assessed design, development and system testing, ADS-Gen3 delivers world-leading consistent APS defensive performance, validating defensive operation as succeeding in at least 999 of 1,000 system responses, and potentially as high as 9,999 in 10,000 system actions. IEC61508 SIL 3 is the same safety integrity level used to ensure the explosives in our airbags in our cars don’t fire inadvertently, yet respond in critical situations exactly when needed in the event of an accident.

Further, the system is designed to run continuously safely, thus assuring that dismounted crew or support infantry are not put at unnecessary risk by the APS automated defensive firing capabilities. The reliability of functional safety in ADS-Gen3 aims at a level higher than daily used elevators, critical components in public transport or traffic light controls.

“Functional safety is not about whether a system is working well in its field and delivering an expected performance – it’s about whether it is safe for all of us to use such system – as operator or as any human being which simply happens to be nearby”, clarifies Dr. Ronald Meixner, lead engineer for the ADS design.

The combination of defensive performance tested by the NATO STANAG group coupled with the highest degree of regard for the IEC61508 safety of those around an APS defended vehicle, defines a new era for APS design. The achievement of these different APS safety as well as system performance levels brings the same level of confidence we give to our car design to keep us safe, to the APS sector, marking a fundamental shift from new technology adoption caution to an assurance of the familiar and proven.

“With this announcement ADS GmbH confirms its technical pioneering leadership in APS design and development,” said Stefan Haase, CEO, “by bringing our automotive engineering heritage and discipline to the APS sector we expect to reduce market adoption timeframes, enabling the rapid deployment of APS’s to defend sorely pressed vehicle assets from the spectre of the insurgent with an RPG or ATGM threats.”

ADS Gesellschaft für aktive Schutzsysteme mbH, is a world-leading pioneer in reliable and precise hard-kill Active Protection Systems (APSs). Part of the Rheinmetall group of companies, ADS GmbH brings the rigorous engineering principles of the automotive sector to the defence sector and specifically to APS’s. As an innovator the company is the world’s first APS developer to apply safety-critical design principles to APS development to deliver predictable and safe system performance.