Airbus has completed the 1,500th target drone (Do-DT – direct target) at the Friedrichshafen site, which will soon enter service on behalf of the German Armed Forces. Since 2002, around 40 employees from the Target Systems and Services department have manufactured and operated target drones for training and the evaluation of weapon systems and related units. 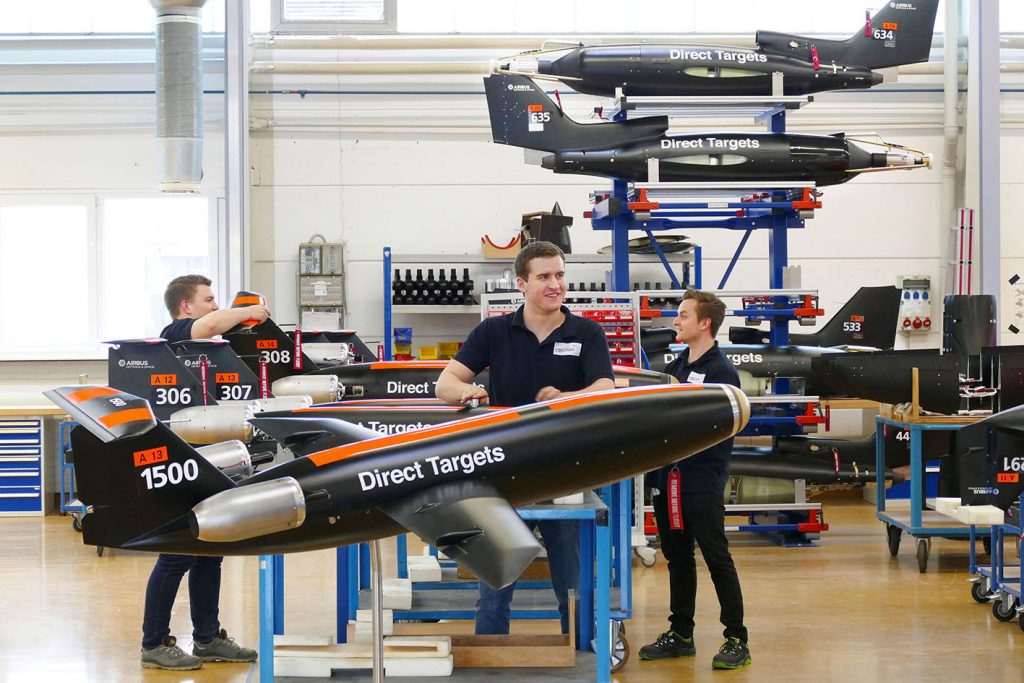 Armed forces worldwide are supplied with the drones. They mostly use the aerial target simulation as a full-service model. In a flight campaign, Airbus brings materials and personnel to the mission site, assembles the launchers and ground control stations and prepares the drones for launch. The flights are planned and carried out in accordance with customers’ wishes. The drones simulate various threat scenarios, such as from aircraft, other unmanned aerial vehicles or cruise missiles. The combating of these threats can then be tested with live ammunition. Airbus annually carries out around 10 such flight campaigns with 150 to 200 flights.