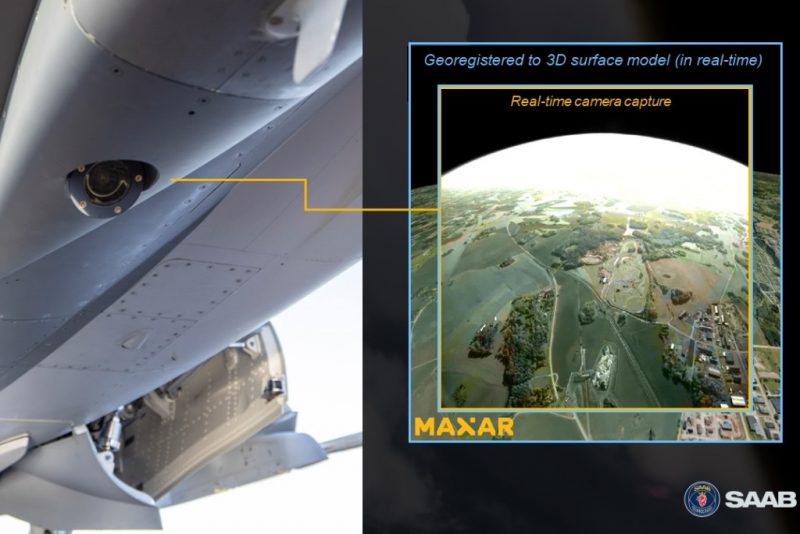 The GPS, or better say GNSS for Global Navigation Satellite System, era is coming to an end, at least for the military? Probably not, as positioning systems based on satellite signals will definitely remain a key element in many situations, however the advent of jamming and spoofing systems that can neutralise them, or even worst induce errors, are leading many players, in the military and in the industry, to consider alternative ways for obtaining accurate positioning and updating data provided by inertial navigation systems, their data being of course integrated with those coming from a GNSS system when this works in a reliable manner.

Saab briefed the media on the solution it is developing to overcome the positioning problem in GPS-denied areas, negating the use of such system being one of the most obvious A2/AD (Anti Access/Area Denial) means.

Jonas Jakobsson, the Gripen experimental test pilot, introduced the positioning problem. Showing the Wide Area Display (WAD) of the Gripen E, three positions were highlighted; that of the aircraft, that of friendly aircraft, and that of the target, air and/or land. One of the issues to operate fixed wing aircraft is the availability of a place where to take off and land, and to answer that issue many nations use dispersed air strips in order to have some left after first enemy strikes. “This means we have to know our own position with really high accuracy in order to be able to land in bad weather,” Jakobsson says, adding that the ILS is not anymore the main landing aid, pilots relying more on internal navigation systems. Knowing precisely one’s own position is also key to operate according to the Airspace Control Order, avoiding no fly zones. Accuracy required has increased constantly, and is now down to a few meters. This also helps in coordinating friendly forces and in concentrating forces at the right place at the right time in a safely manner, all this in a highly dense scenario. The final issue is the target position; a targeting system can be as good as possible, but if the aircraft position is not extremely accurate the resulting targeting data error might become higher than acceptable in terms of collateral damages.

The opponent will of course try to neutralise GNSS signals where he does not want friendly aircraft to operate, but it is exactly there that these have to go to neutralise the opponent. Which is the solution proposed by Saab to overcome the positioning problem in GPS-denied areas?

It was the turn of Tobias Jansson, one of Saab’s Product Managers of Gripen, to explain what Saab is developing. Numerous constraints were considered from inception; beside the obvious need for a high accurate positioning, the system had to operate day and night and all weather, over land and sea, and with the possibility to adapt the emission level to the tactical situation, all this without increasing the pilot’s workload. Currently, positioning systems are based on an Inertial Navigation System (INS), which drift is corrected by GNSS data when these are available; manual support where the pilot inputs a fix, as well as conventional NAVAIDS such as VOR, DME and TACAN, are seldom used. In short, without the GNSS help the position error will increase with time due to the inherent drift of the INS. Saab is therefore replacing the loss of a GNSS fix with data provided by a fusion of terrain navigation and image-based navigation technologies.

The TERNAV, as it is usually referred to, employs a radar altimeter that compares the measured height profile with the terrain database. This technology is well proved and has already been flight tested and was planned to be implemented in the JAS39 Gripen, but has not yet been put to active service, as well as an earlier solution was integrated in its predecessor, the AJS37 Viggen. The main drawback of the TERNAV is that it is an active system, radar altimeter emissions risking to give away the aircraft presence to the opponent. Coming to image-based technologies, two of them are exploited by Saab. One is odometry; here the aim is to obtain an estimated trajectory as close as possible to the real one, exploiting an optical sensor linked to a computer system hosting adequate algorithms that will elaborate the pixel tracking in the images acquired, providing estimated velocity, and the relative displacement. The odometry corrected trajectory allows correcting the IMU drift.

A second image-based technique is also part of the new Saab’s positioning system, 3D mapping. Here the images obtained by one or more on-board cameras are compared with a 3D database containing images of the overflown territory. Clouds can of course reduce its effectiveness, although IR cameras can also be used, but according to Mr. Jansson the system proved to rematch the image on the data base in an extremely short time when visibility comes back. Both odometry and 3D are totally passive; the former can also be used be used when flying over the sea, with some coastal feature in sight, while 3D works only when flying over terrain. For the latter Saab teamed with Maxar, a leading space technology and intelligence company, which since 2014 build an archive of 0.3 meter resolution imagery and accurate 3D models. Maxar produces a 3D map with a 0.5 meter resolution that allows an absolute accuracy of 3 meters SE90 [1], all mapping data being unclassified and sharable. Once the 3D data of the operational area where the airplane will fly is produced, a 3D textured model is loaded into the aircraft positioning system, providing the data base against which the images obtained by on-board cameras will be compared.

Following a demonstration in 2018 with a pod mounted camera, in 2020 a further demonstration was carried out integrating the algorithms on a the Gripen E demo aircraft fitted with an electro-optic sensor installed in the fuselage, the system processing the scenery in real time providing positioning data. Saab made it clear that the final solution for the electro-optic sensor will differ from the one used in the 2020 testing campaign.

Fusing those capabilities not only allows navigating in GNSS-denied areas, but also permits to have an immediate warning should the available satellite positioning data prove to be inaccurate, i.e. due to spoofing. Getting free from GNSS systems, usually owned by other entities, also ensures a higher level of sovereignty, allowing a nation to operate free of any possible restriction imposed by who controls satellites.

All those solutions are evolving, as technology development continues, therefore at Saab Research and Technology activities are ongoing to push further many of the aforementioned building blocks such as algorithms, sensors usage and database handling, increased processing power being key to improve positioning performances. As positioning will become more accurate and reliable, its data could be used to enable autonomous automatic instrumental approach and landing capabilities, this being the next step forward that is currently under discussion.

Saab underlines that both the TERNAV and the odometry building blocks can be easily integrated in existing aircraft, as such an upgrade requires only a software insertion with no work on the hardware, while the company has already included the full suite into its best and final offer to Finland.

What was made crystal clear is that no additional workload must be added to the pilot; the detail human-machine interface has not yet been developed, according to Saab, however the idea is that the only information provided to the pilot in the cockpit will be the quality of the positioning, depending on the status of the various blocks. This can vary, not only due to outside constraints, i.e. weather conditions (although the company explained that in case of snow this could for instance be handled by software layers that filters the data base maintaining the good reference points should considerably reduce the reduction in quality) but also due to tactical considerations, i.e. switching off the TERNAV when an active system might give out the plane position to the enemy. As stated by Jonas Jakobsson, this will be done automatically based on an accurate mission planning carried out before take-off.

What Saab is developing is obviously not limited to fighters, and can find applications on other flying platforms, both manned and unmanned, as well as on missiles. New trials with evolved algorithms will be carried out in the near future, most of them being planned on the simulator before going for another round of flight trials. Saab considers that parts of its new positioning/navigation suite might become fully operational in 5 years time, although quite probably 3 years may suffice for some parts. This though is highly dependent on the customer’s order. Saab also says that this kind of functionality will be evolved during time and adapted to the platform type and usage. 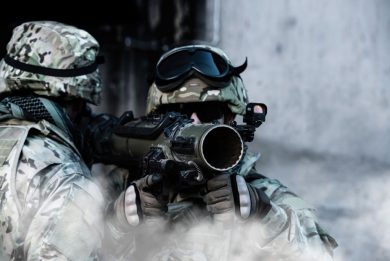 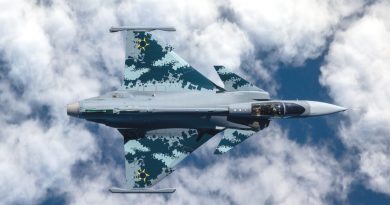 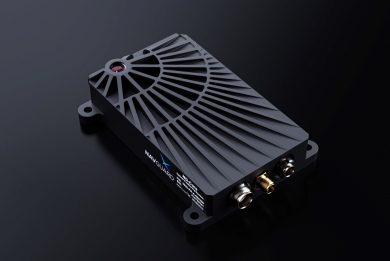